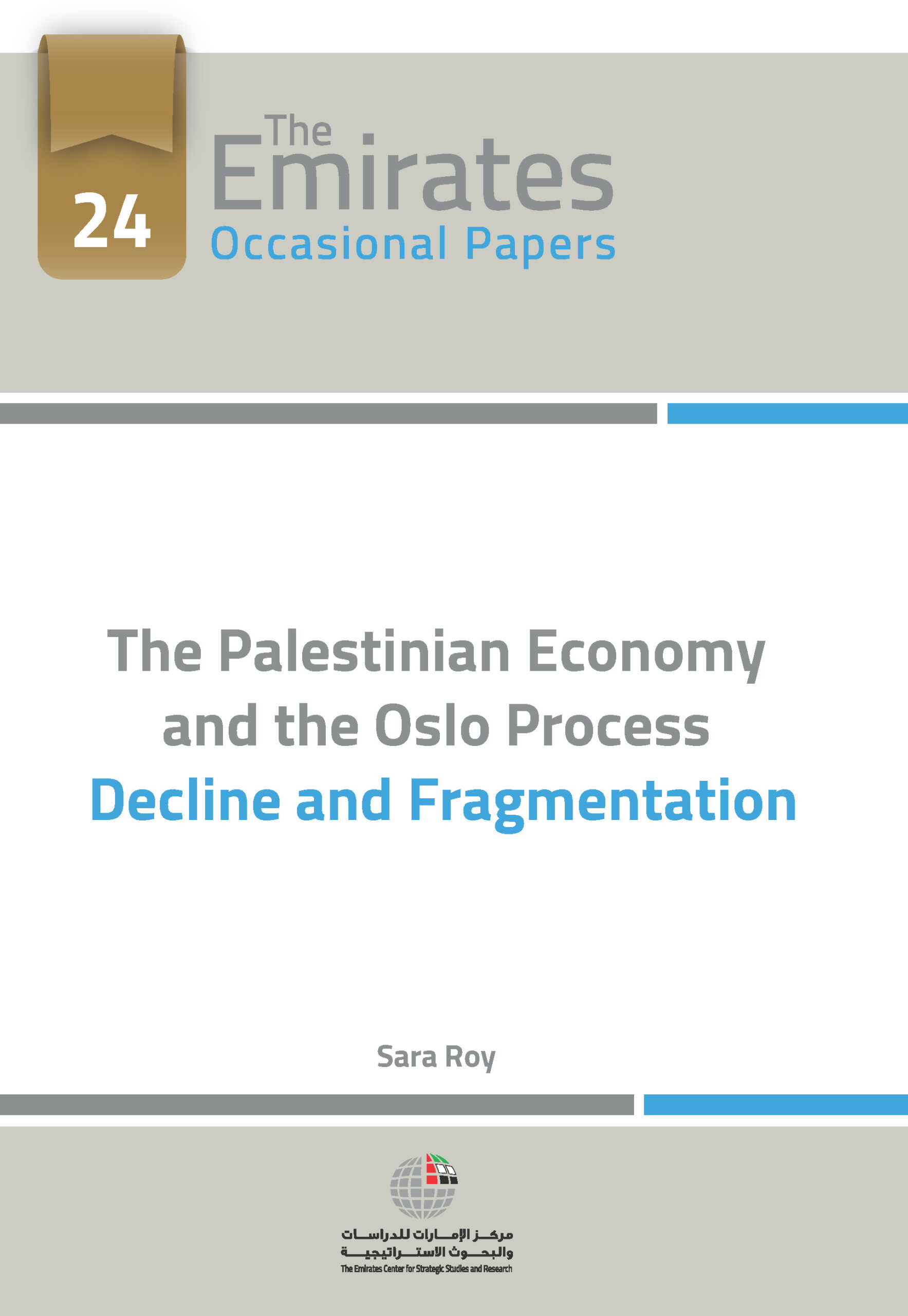 The Palestinian Economy and the Oslo Process: Decline and Fragmentation

The foundations for a viable, self-sustaining Palestinian economy have not emerged since the start of the Oslo peace process. Economic conditions in the Gaza Strip and West Bank have deteriorated markedly, leaving the Palestinian economy weaker now than it was in 1967 when measured against the advances made by other states in the region.The reasons for Palestinian economic decline are many but turn on one key issue: Israeli closure policy. Closure restricts the movement of labor and goods and distorts rational economic activity. Now a permanent feature of the local economy, closure has resulted in the physical and economic separation of the West Bank and Gaza Strip and their separation from Israel, high unemployment, permanent unemployment for a growing segment of the labor force, a doubling of poverty levels, increasing child labor, constrained trade relations, and a growing need for relief and social assistance among Palestinians.

Closure has devastated Palestinian economic growth and reform and has made it increasingly difficult for people to meet their basic needs. If closure continues to be enforced, the economic and political changes promised by the Oslo agreements and now so desperately needed in the West Bank and Gaza will not be possible.