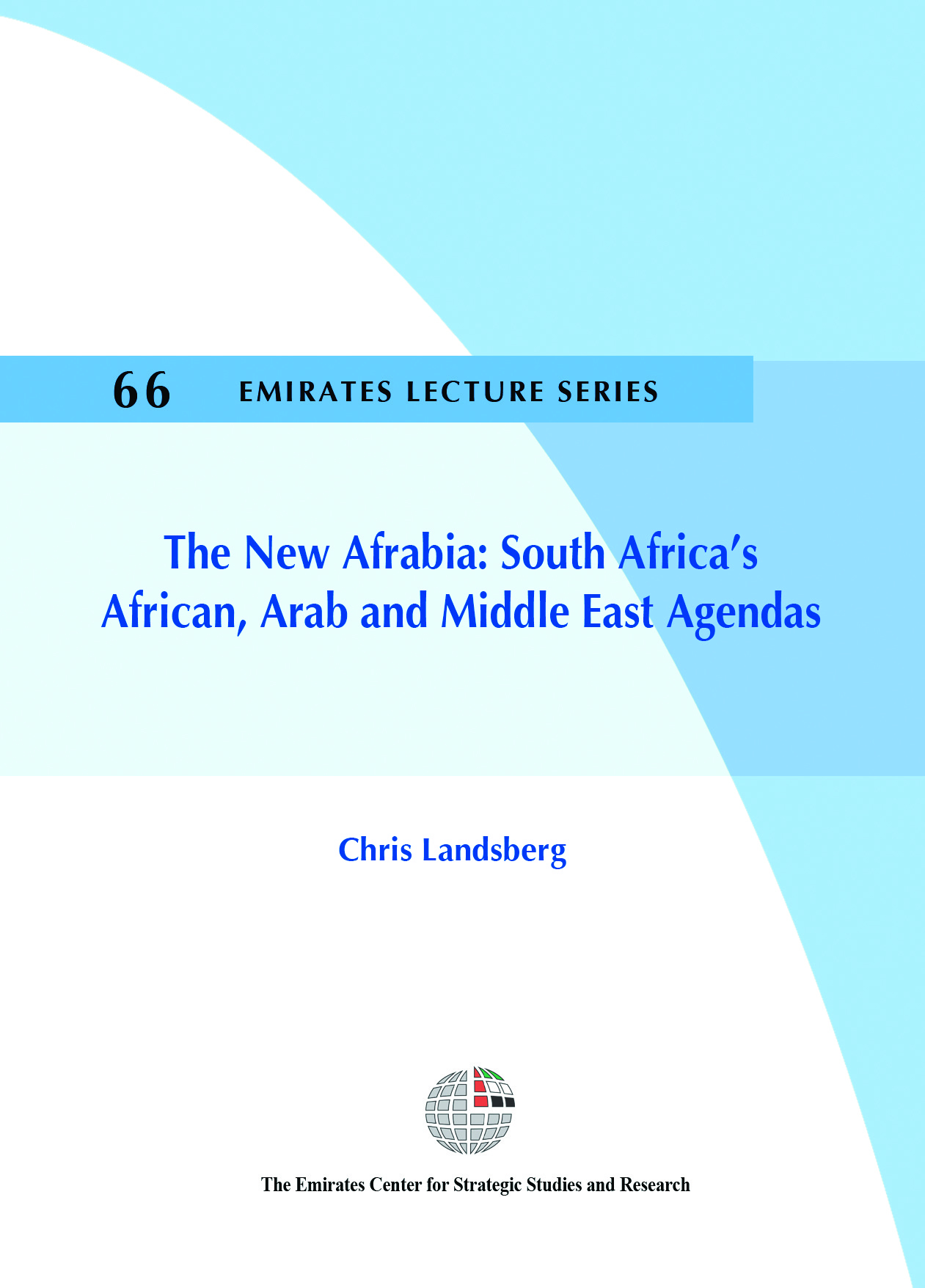 In recent years, South Africa has emerged as a pivotal African state-one which seeks to give meaning and substance to the notion of Ali Mazrui’s “Afrabia,” by gearing its already crowded foreign policy agenda towards advancing strategic Afro-Arab relations. To this end, South Africa has articulated African, Arab and Middle East agendas. This has involved the positioning of the country in a way that allows it to become a critical player in shaping the development agenda of the continent, partly through its efforts in building and operating two pan-African bodies, namely the African Union (AU) and the New Partnership for Africa’s Development (NEPAD).

The Middle East occupies a high strategic plane in South Africa’s foreign policy. South Africa has pursued a very independent posture vis-à-vis the conflict in Iraq. Before the US-led coalition’s invasion in March 2003, President Mbeki and his envoys tried to encourage both the Western powers and Saddam Hussein’s regime to fulfill international obligations. Saudi Arabia, Syria and Iran remain key players despite their strained relations with the United States. South Africa has been openly concerned about the US posture towards these countries; it has stressed the right of Iran, as guaranteed by the NPT, to develop a civilian nuclear capability and program, and has called for the nuclear stand-off to be settled peacefully and through diplomatic means.

For many years, the Arabian Gulf region has been of strategic importance to South Africa because it is the source of most of the Republic’s oil imports. Since 1999, South Africa’s economic interaction with the region has expanded significantly, partly as a result of bilateral agreements established with a number of the Gulf States, but also because South Africa considers the Gulf a strategic priority in terms of foreign policy. Since 1994, the Gulf States have become steadily more confident about South Africa as a reliable destination for investment and as a trustworthy supplier of goods and services.

South Africa needs to work harder to cultivate a strong presence and identity in the Middle East, especially in the Gulf countries, where the opportunities for economic dividends are great. Enhancing opportunities in the Middle East will require a more strategic approach on the home front, and a multi-pronged approach that would see greater collaboration and harmonization between key actors involved in the management of the country’s external affairs and foreign policy.