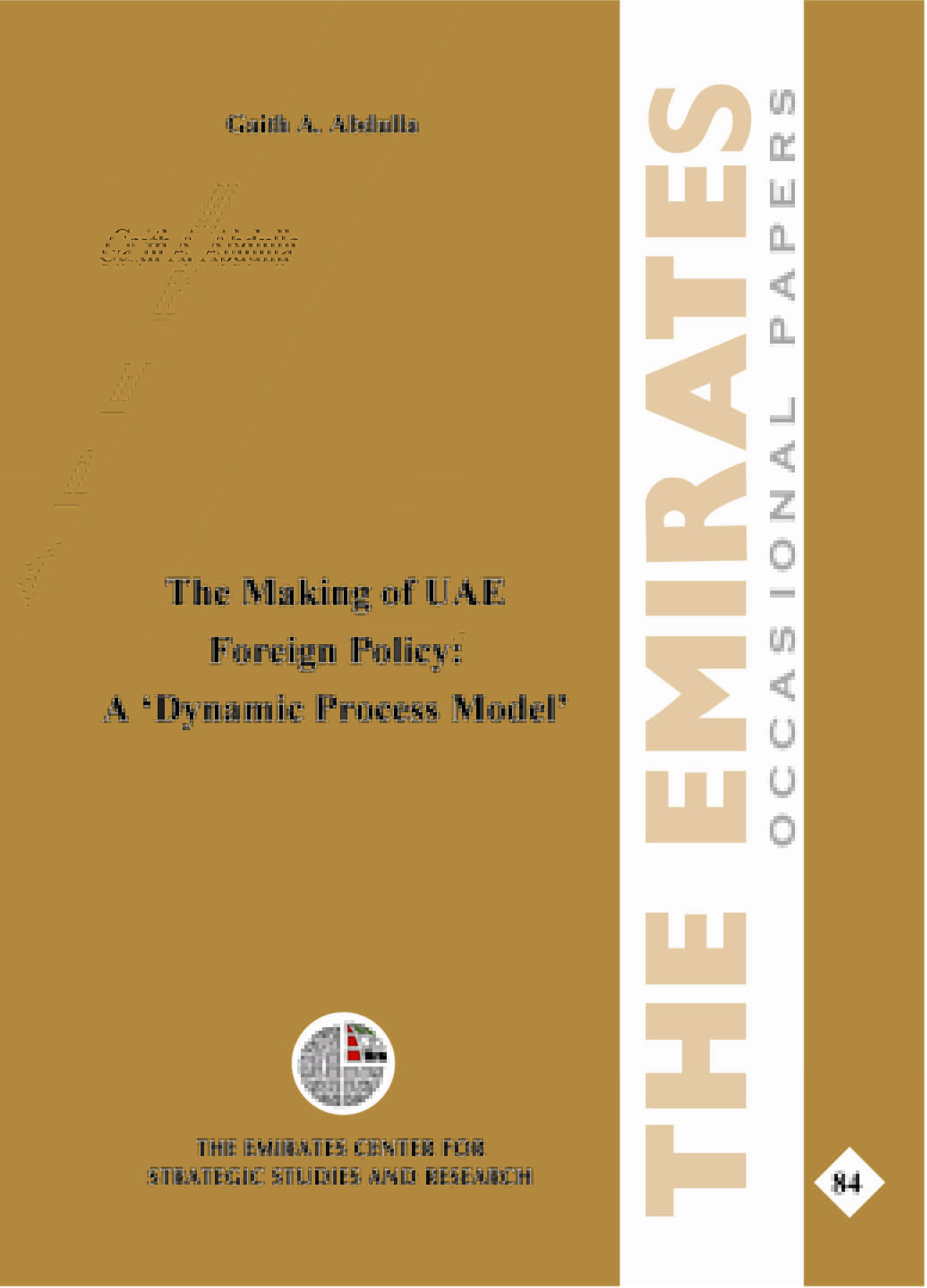 The Making of UAE Foreign Policy: A ‘Dynamic Process Model’

There were three reasons to choose the UAE as a case-study: firstly, the desire to study a possible shift in the underlying dynamics behind the country’s ‘identity’ construction as a nation-state following the death of its founding father and first president, Sheikh Zayed Bin Sultan Al-Nahyan. Secondly, the UAE is an interesting example of a re-examination of changing international relations dynamics; specifically, the growing self-awareness and assertiveness of small states, especially Arabian Gulf States (AGS), regarding their growing political and economic influence, both regionally and globally. Thirdly, there is a weakness when it comes to the integration between IR theory and foreign policy analysis. This gap is most apparent in the study of small state foreign policy like the UAE. This paper uses the DPM to inform a structural analysis of UAE foreign policy (FP) production that will reveal a shift in ‘identity’ construction and domestic socio-political structures from the Zayed (1971–2004) to the post-Zayed era. It asks how the ‘identity’ of the DMA is constructed dynamically as it interacts with external and internal structures, through the process of articulating ‘national identity’ as ‘national interest.’ As Richard Devetak notes, “it is important to recognize that political identities do not exist prior to the differentiation of self and other.” The DPM sees FP production as a form of identity construction by combining this functional understanding of sovereign nation-states, systems theory FP5 literature, and IR theory.