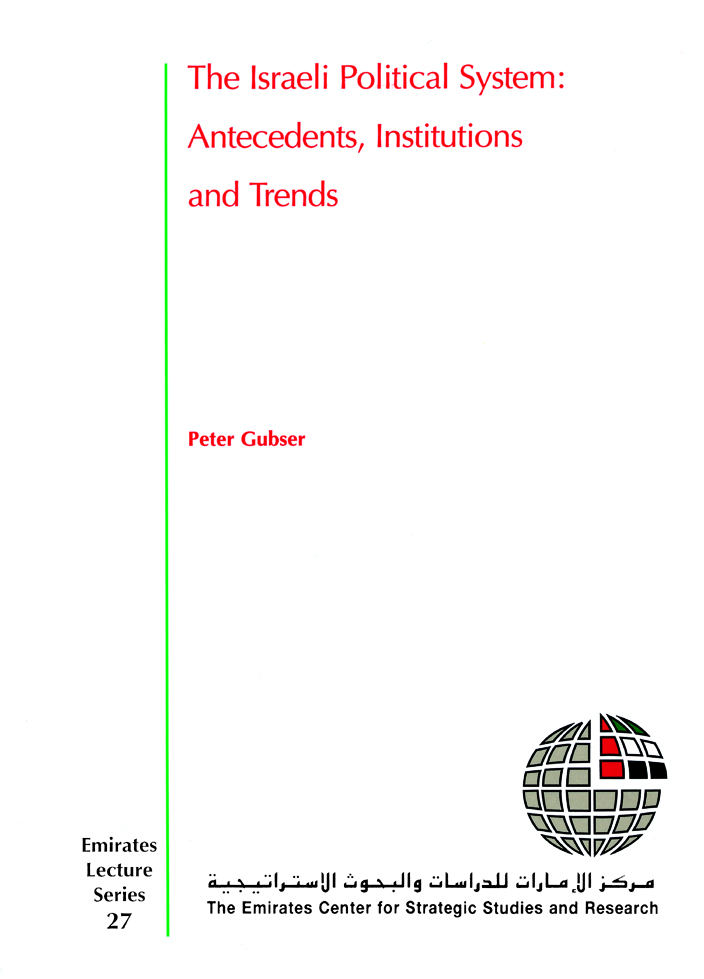 The Israeli political system with its deeply-rooted traditions, current complexities, and emerging political patterns is analyzed from three different perspectives: the historical background, the principal institutions and contemporary electoral trends. The interaction between the chief state institutions and their respective powers are sketched while emerging trends in the country are viewed through the prism of the crucial 1999 prime ministerial and Knesset elections that propelled Ehud Barak and his One Israel party to power with a convincing mandate for Middle East peace.
The Israeli political system has its roots in ancient religious law, Ottoman law and British Mandate legislation. While it has no formal written constitution, it has a 'Basic Law' that lays down essential guidelines for political functioning. The Israeli parliament, or Knesset is the supreme body, with its membership divided among political parties that are elected in accordance with a system of proportional representation.

The traditional split between right and left, represented by Labor (currently One Israel) and Likud respectively, is very much in evidence. However, these major parties have been declining in strength and more small parties are gaining ground in the Knesset, giving rise to unstable coalition governments. The religious-secular divide is becoming more pronounced, while ethnic divisions between Jews of Middle Eastern and European origin, especially Russian Jews, is a cause for concern.