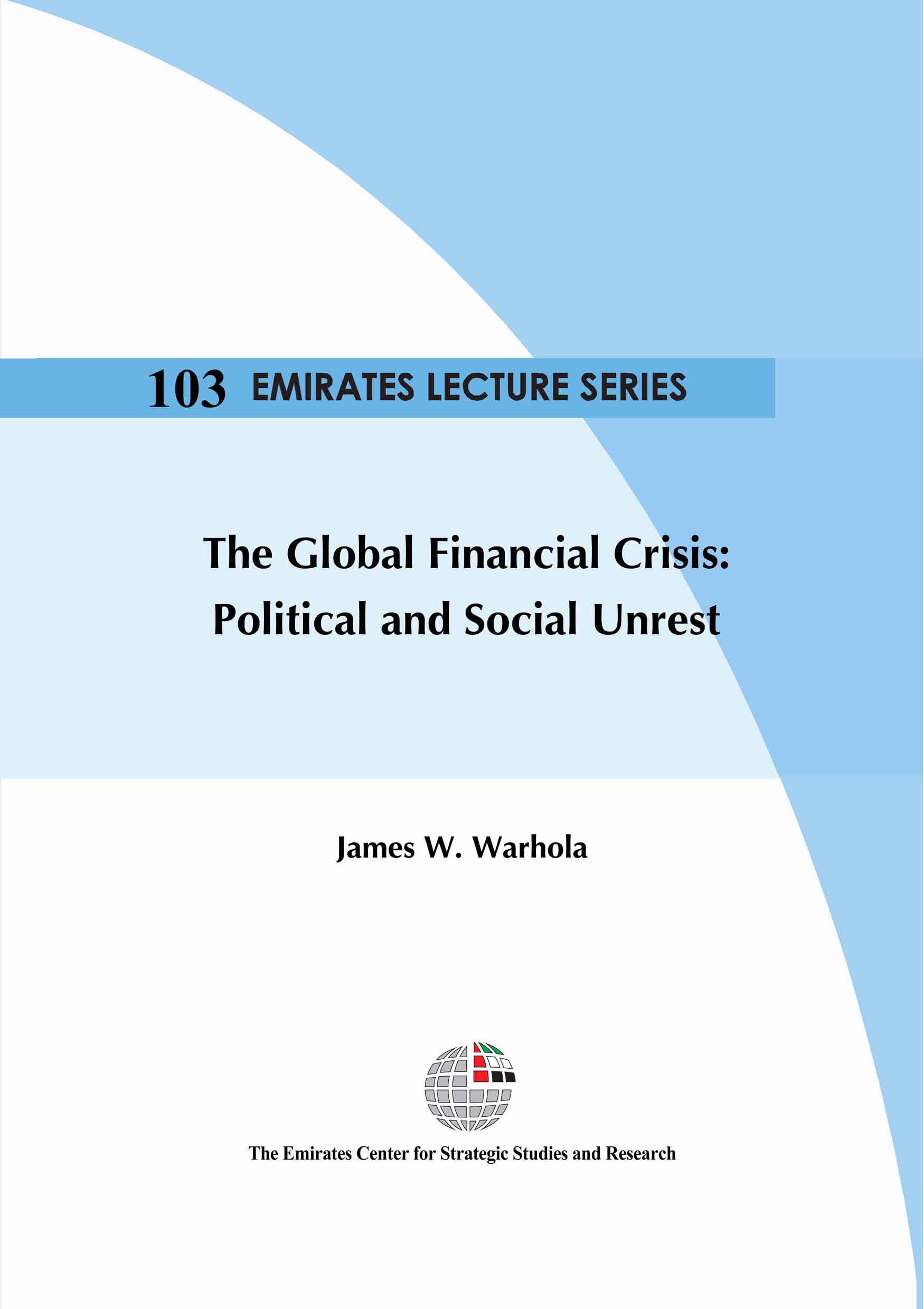 After reviewing various themes in classical Greco-Roman and Islamic political thought pertaining to political stability and accountability, this analysis considers large-scale patterns of political unrest and conflict in the late-modern world, particularly as they manifest within the larger political context of the modern, so-called global ‘Westphalian system’ of nation-states. One of the most primal functions of government – provision of security – must be taken into consideration if the political effects of the global financial crisis are to be even partly understood.

One of the brighter aspects of the late-modern human condition is the remarkable decline in incidence of inter-state conflict since the mid-20th century. Despite the seeming plethora of wars, international violence, and apparently chronic instability in some regions of the world, the objective fact is that there has been a remarkable, global decrease in inter-state conflict since the end of WWII. As an unfortunate counterpoint to the previous point, there was a dramatic increase in the number and frequency of civil wars, or within-country conflicts, during the second half of the 20th century. In some respects this might be viewed as a derivative of the ‘gelling’ of the Westphalian system of nation-states during the entire 20th century. Much of the proliferation of nation states came during the Cold War, when the Atlantic Alliance/Soviet Bloc rivalry had an oddly stabilizing global effect regarding inter-state conflict. There was a striking increase in the incidence of ethnic-based conflict in the second half of the 20th century. Although the apparent rate of “onset of new societal wars” has remained constant, the type of those societal wars appears to have shifted somewhat from predominantly ethnic-type conflicts to conflicts having a religious dimension.

If there is an underlying, common denominator it appears to be the marginal or absent degree of political accountability by national leaderships, combined with a failure of the international community to intervene in cases where doing so would be not only morally justifiable, but compelling on pragmatic grounds of prevention of conflict-escalation.