ECSSR PublicationsThe GCC and the Development of ASEAN
﻿ 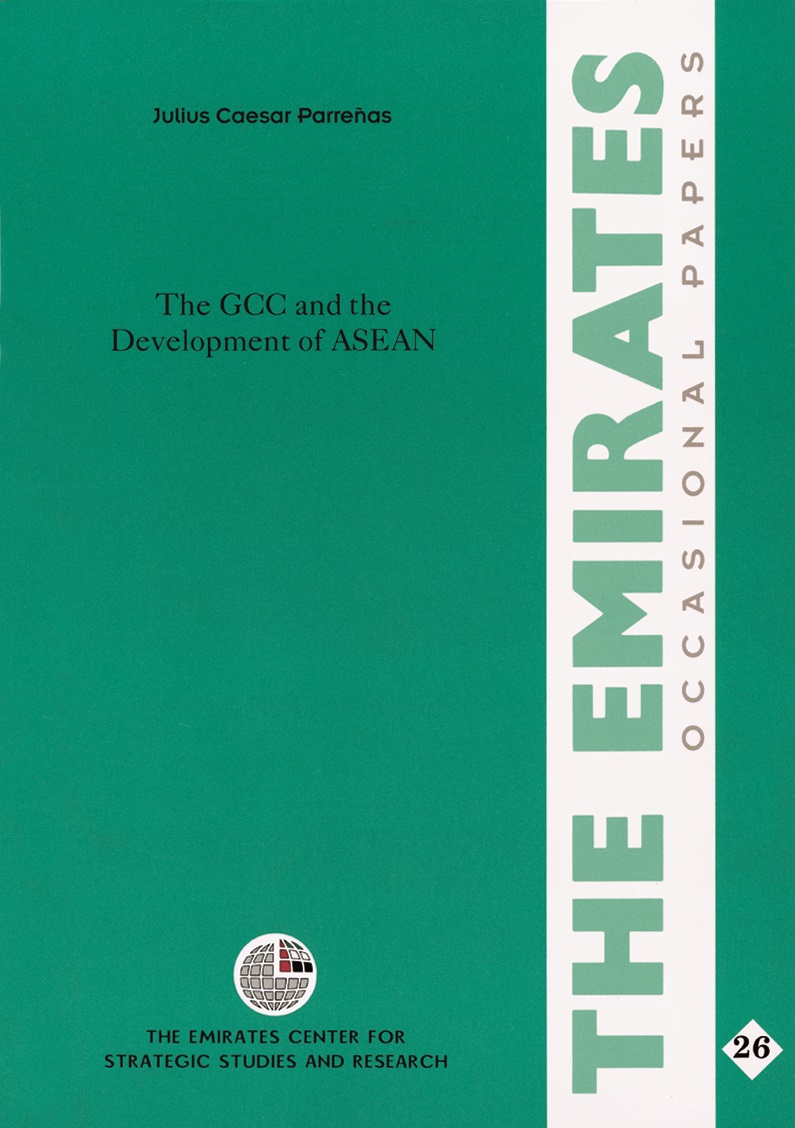 The GCC and the Development of ASEAN

The Association of South-East Asian Nations (ASEAN) is a grouping of originally five, now nine, resource-rich and mostly economically dynamic countries which lie strategically between the Pacific and Indian Oceans, astride sea-lanes that are vital to the economic and military security of several Northeast Asian countries.

As a grouping that exerts strong influence in the Asia-Pacific Economic Cooperation (APEC) and forms the core of the ASEAN Regional Forum (ARF), ASEAN is emerging as a key player in the security and economic development of the Western Pacific region. Due to these factors, ASEAN’s stability and continued development are essential to the future stability and prosperity of the whole Asia-Pacific.

In some respects, a linkages exists between the security and economic development of ASEAN and the Arab Gulf. Oil from the Arab Gulf is a very important factor in the economy of ASEAN countries. It is also important to the economic security of Japan, and the fact that this commerce passes through sea-lanes in Southeast Asia accounts significantly for the latter’s importance to Tokyo. This, in turn, is an essential consideration in the US strategy in Asia, as its relationship with Japan continues to be the cornerstone of its policy. While non-oil trade between the Gulf states and ASEAN is not substantial, the Gulf is important to many ASEAN countries as a major destination of overseas workers, whose remittances play a large role in their economy. Religion also forms a bond between the Gulf and several ASEAN countries where Islam is the faith of either a majority or a significant minority of the population.