ECSSR PublicationsThe Future of Warfare in the 21st Century
﻿ 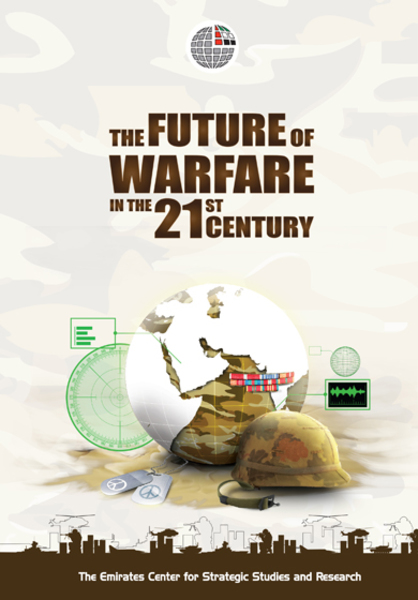 Concepts and theories of war-fighting have evolved radically over the past twenty years, resulting in equally radical changes in military doctrine. Emergent non-conventional security threats have led to a proliferation of asymmetric conflicts, while new modes of virtual warfare have developed in the realms of cyberspace.

The ECSSR 18th Annual Conference, The Future of Warfare in the 21st Century, held at the Center on April 9–10, 2013 in Abu Dhabi, and the resultant papers contained in this volume, explore how warfare may be affected by technological, strategic and civil developments in the coming years, particularly the revolutionary use of remote and autonomous systems on the modern battlefield, the budding application of cyber attack and defense strategies, and the future direction of intelligence operations in the 21st century. The authors also discuss political and civil influences on the future of warfare, particularly in terms of the evolving state of civil–military relations; the growing employment of contractors in contemporary conflicts; and the complex evolving relationship between defense industries and military establishments.