ECSSR PublicationsThe Future of Pakistan in the Aftermath of September 11, 2001 and the US-led War in Afghanistan
﻿ 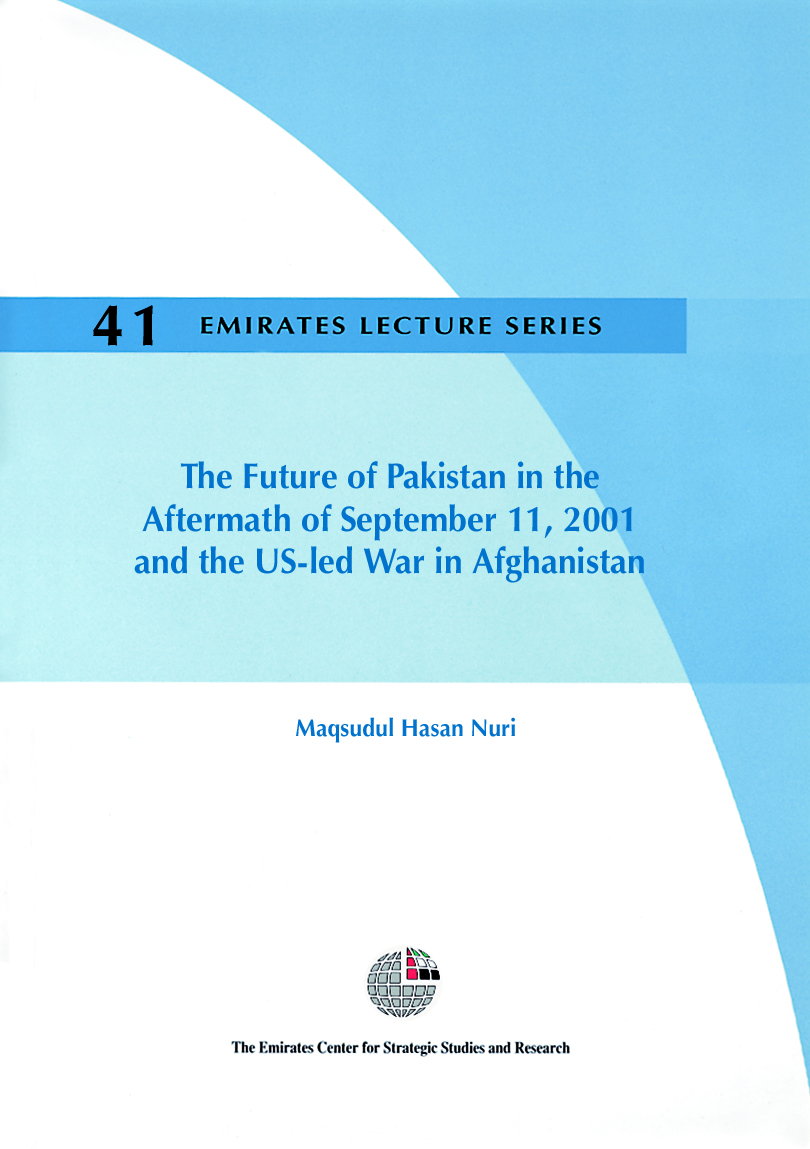 The Future of Pakistan in the Aftermath of September 11, 2001 and the US-led War in Afghanistan

The lecture analyzes the effects of the September 2001 terrorist attacks against the US that resulted in a massive punitive military strike by the US-led anti-terrorism coalition against then Taliban regime in Afghanistan. While the aftermath of the events has had global influence, much stronger impact is being felt in South Asia, especially Pakistan due to its proximity and close politico-ethnic links with its Afghanistan.

As a consequence of the US decision to take action against the Taliban, Pakistan felt obliged to effect a rapid realignment in its foreign policy and joined the US-led international anti-terrorist coalition. This decision conferred some immediate gains for the Musharraf government but some long-term problems are already casting their shadows. Amongst them are the deteriorating economy, the six-month-old India-Pakistan military standoff, the setback to democracy in Pakistan, and, lately, recrudescence of terrorism from remnant Taliban, Al-Qaeda, and fundamental religious groups now dispersed in Pakistan.