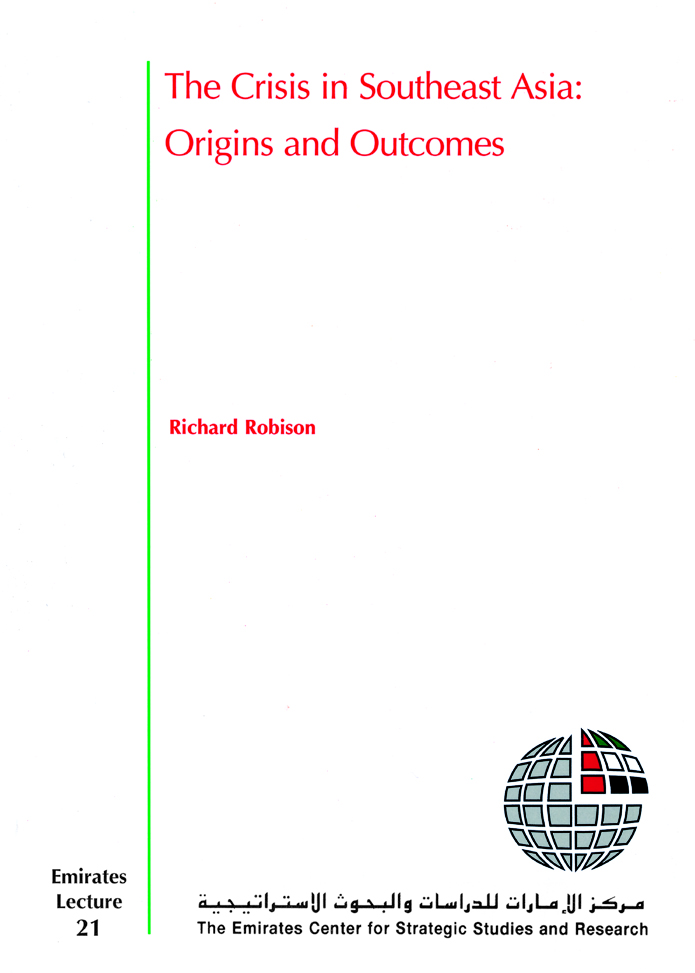 The Crisis in Southeast Asia: Origins and Outcomes

Asia's dramatic economic and financial meltdown tends to confirm the view that we are witnessing an end to the phase of "Asian capitalism" and moving into a global era of free markets. Among neo-classical economists and within IMF circles, it is generally believed that because the crisis was caused by excessive governmental intervention in market mechanisms, recovery necessitates structural changes to end these market-distorting practices. Critics of this position argue that fundamentally sound economic systems were unraveled as a consequence of hasty and imprudent deregulation of financial systems. Hence, the solution lies in proper regulation of capital markets. In this lecture, Robison proposes that the origins and outcomes of the crisis are best understood in terms of its impact on existing coalitions of power and interest and their capacity to define the rules that govern economic activity and bring about significant structural changes.