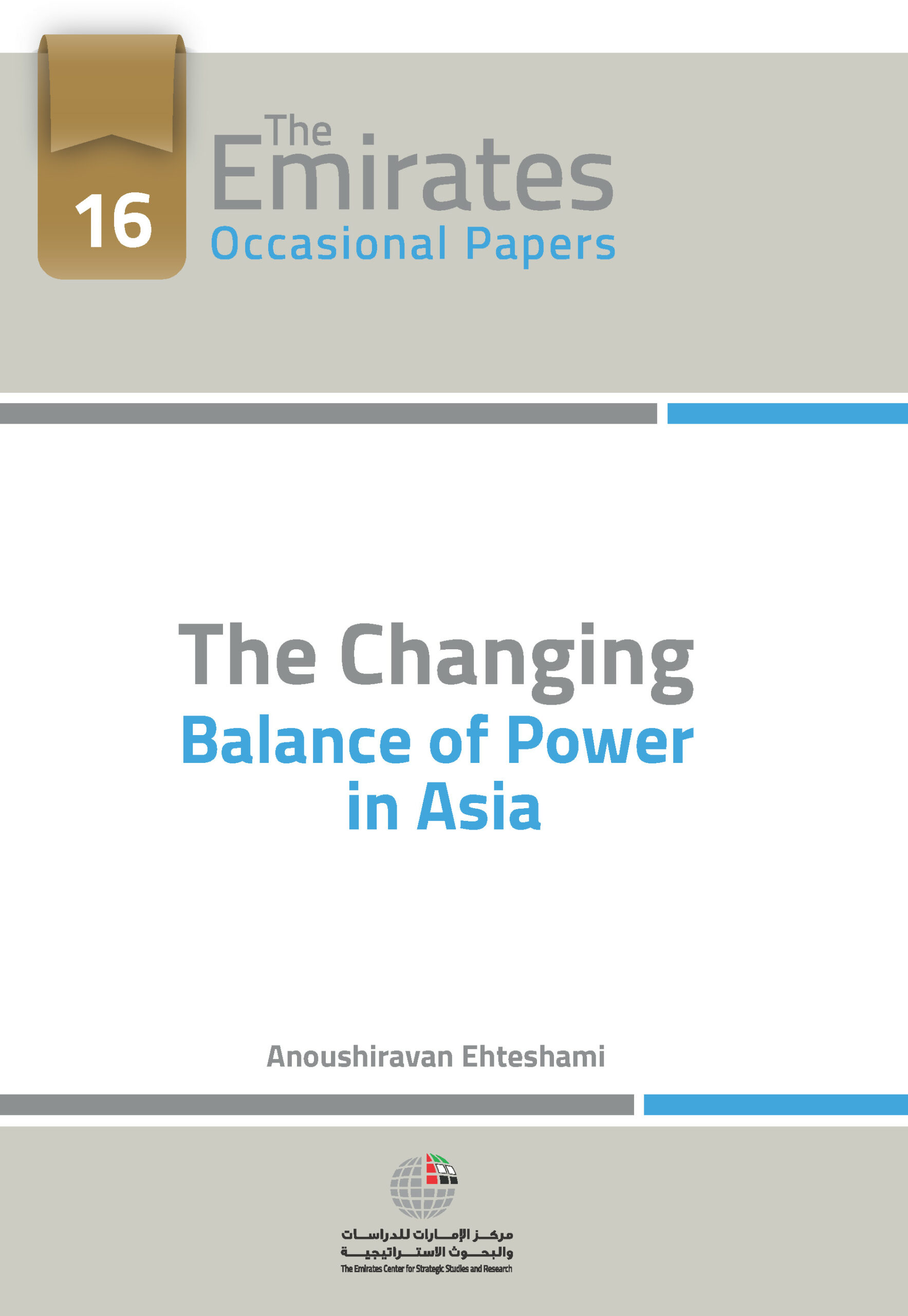 The Changing Balance of Power in Asia

This paper argues that from the fallen edifice of the Cold War have emerged four major Asian powers of considerable potential and influence, each possessing varying types of assets. These four land-based continental powers - China, India, Iran and Russia - are well-placed to shape this vast continent's destiny in the next millennium. Each of the four actors has stepped onto the Asian scene anew, each having been affected very differently by the region's changing geography and by the passing of bipolarity.

These four actors have the power and the authority, as well as the means to shape Asia's political map in the next millennium. Each has been a party to Asia's fluid and dynamic inter-state system for some time. Now each is busy mustering the assets (geopolitical, economic, military, industrial, technological, territorial, human, natural or mineral) needed for ensuring its own survival and prosperity in today's highly dynamic multipolar international system. Self-evidently, each of the four is a regional power in its own right, and is influential in one or more of Asia's subsystems. The behavior and policies of the four powers, therefore, is directly, albeit inadvertently, impacting and shaping Asia's new order. Through their behavior, they are giving substance to a new balance of power in Asia. In this sense, it will be their successes, as much as their failures, that will fuel the vehicle for change on the continent.