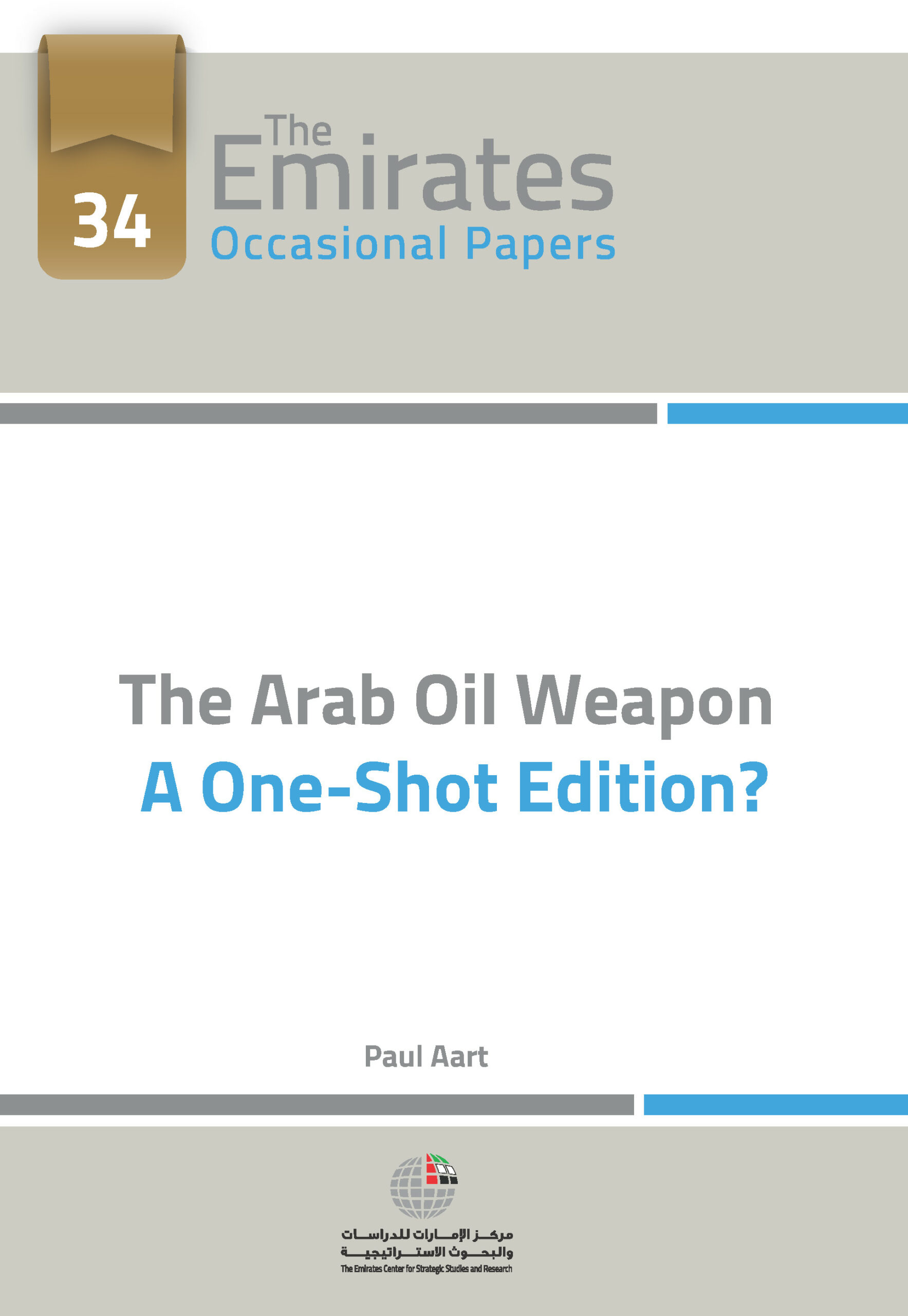 Oil is a multipurpose fluid and its production and consumption have a long history. Oil as a political weapon, however, only entered the fray after World War II. Aarts argues that apart from the “unique” circumstances of the late 1973 – when the oil weapon indeed scored a home run – both preceding and subsequent attempts to use oil as a political and economic weapon did not materialize.

He argues that there is a “new oil order,” with the Saudi-American condominium as its linchpin. Though the shape of things to come had been apparent for quite some time, the outcome of the 1991 Gulf War, so successful for the West, gave a fresh impetus to a radically different configuration of the oil market.

As long as the Pax Americana is a political reality – in which ironically the United States itself is using oil as a political weapon – and as long as there is a buyer’s market, it seems unthinkable that the oil exporters can ever again use oil as a weapon. In hindsight, the success of the late 1973, early 1974 looks very much to have been a one-shot edition, leaving the Arab world saddled with a permanent feeling of nostalgia.