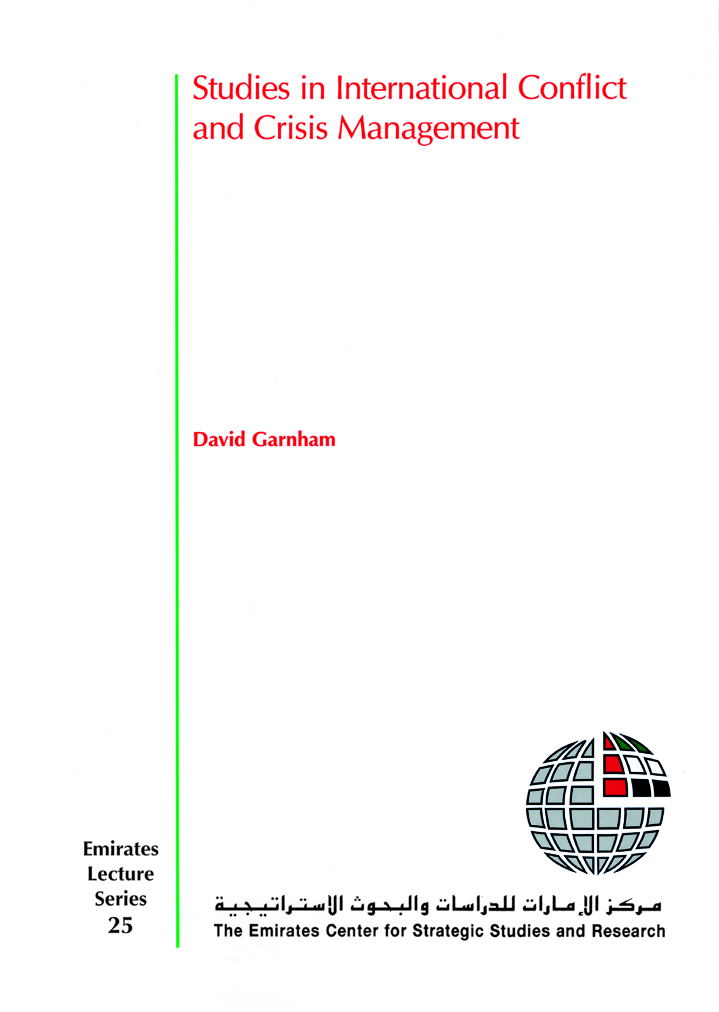 War is an abiding affliction affecting human society and during the twentieth century; warfare between nation states claimed some thirty million battle deaths, principally during the two world wars. Although evidence suggests that the world has become somewhat more secure in the post-Cold War era, interstate conflict remains very much an immutable feature of international politics.

This study examines the nature of international conflict and pinpoints the common causes behind interstate wars. Factors that increase the likelihood that an international crisis will escalate to warfare are analyzed and particular attention is devoted to the conditions that predispose pairs of nation states to fight. The effectiveness of various strategies of crisis management are assessed with a view to avoiding future warfare.

History offers valuable pointers to the main causes of international crisis and how such situations can be defused in the future. Of particular relevance are case studies of the major crises of the twentieth century, including World War I (1914-18), the Korean War (1950-53), the Suez Crisis (1956), the Cuban Missile Crisis (1962), the Gulf of Tonkin Crisis (1964) and the Gulf War (1990-91).

Crises reflect the gravity of underlying conflicts, so it is imperative that these are resolved before conflict occurs. Judicious crisis decision-making such as minimizing groupthink, misperceptions and risk acceptance will improve the chances of avoiding war. The settlement of outstanding territorial disputes is an important factor in minimizing the likelihood of conflict.