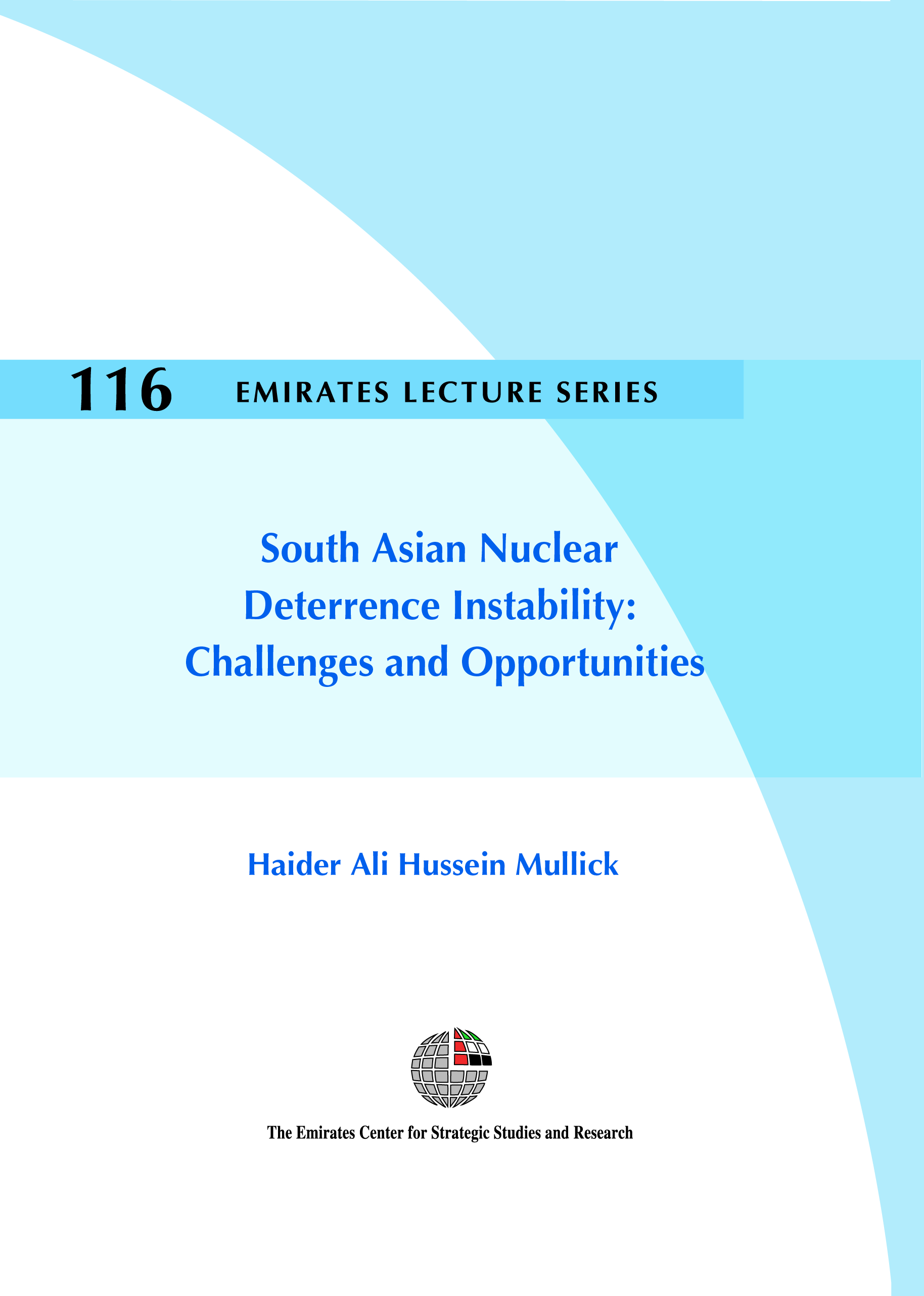 This study highlights the impact that nuclear weapons have had on Indo-Pakistan relations. Research findings illustrate how India–Pakistan nuclear deterrence is significantly different to that which came to define the Cold War. Despite having achieved covert nuclear weapons capabilities nearly three decades ago, India and Pakistan have not taken any concrete steps toward nuclear deterrence stability (NDS). The notion of mutually assured destruction (MAD) is a prevalent feature of the nuclear strategies of both countries. However, Pakistan is clearly guilty of aggressive nuclear posturing, repeatedly threatening to act upon its “first use” policy, on the assumption that the escalation of such threats will eventually compel the United States to intervene to prevent all-out conflict. Such thinking has seemingly evolved into a key element of Pakistan’s strategic outlook. As is asserted throughout this study, the United States has a key role to play, not only as impartial mediator, but also as a positive influence that could yet foster greater NDS between the two adversaries. The same can be said of the United Arab Emirates, given its established ties with both countries.

As argued throughout this paper, in order to understand the complex reasons behind the lack of India–Pakistan NDS it is important to examine the causes of the enmity between them, the product of a historic rivalry largely based on territorial disputes. Whereas the United States and the former Soviet Union achieved relative stability at the nuclear level, their disdain for one another was channeled through proxy wars that increased instability at the sub-conventional level, as exemplified by the protracted Vietnam War. India and Pakistan, however, are locked into instability at the nuclear, conventional and sub-conventional levels, a situation made worse by their close geographical proximity and ongoing disputes over natural resources. In reality, the the small steps Delhi and Islamabad have taken over the last three decades – namely the half-hearted implementation of various confidence building measures (CBM) – have done little to promote NDS. The study identifies four prominent factors which could potentially improve India–Pakistan NDS: increased regional economic integration; domestic politics in favor of détente; a precedent of successful treaties; and the involvement of external arbiters in reducing South Asian nuclear deterrence instability.