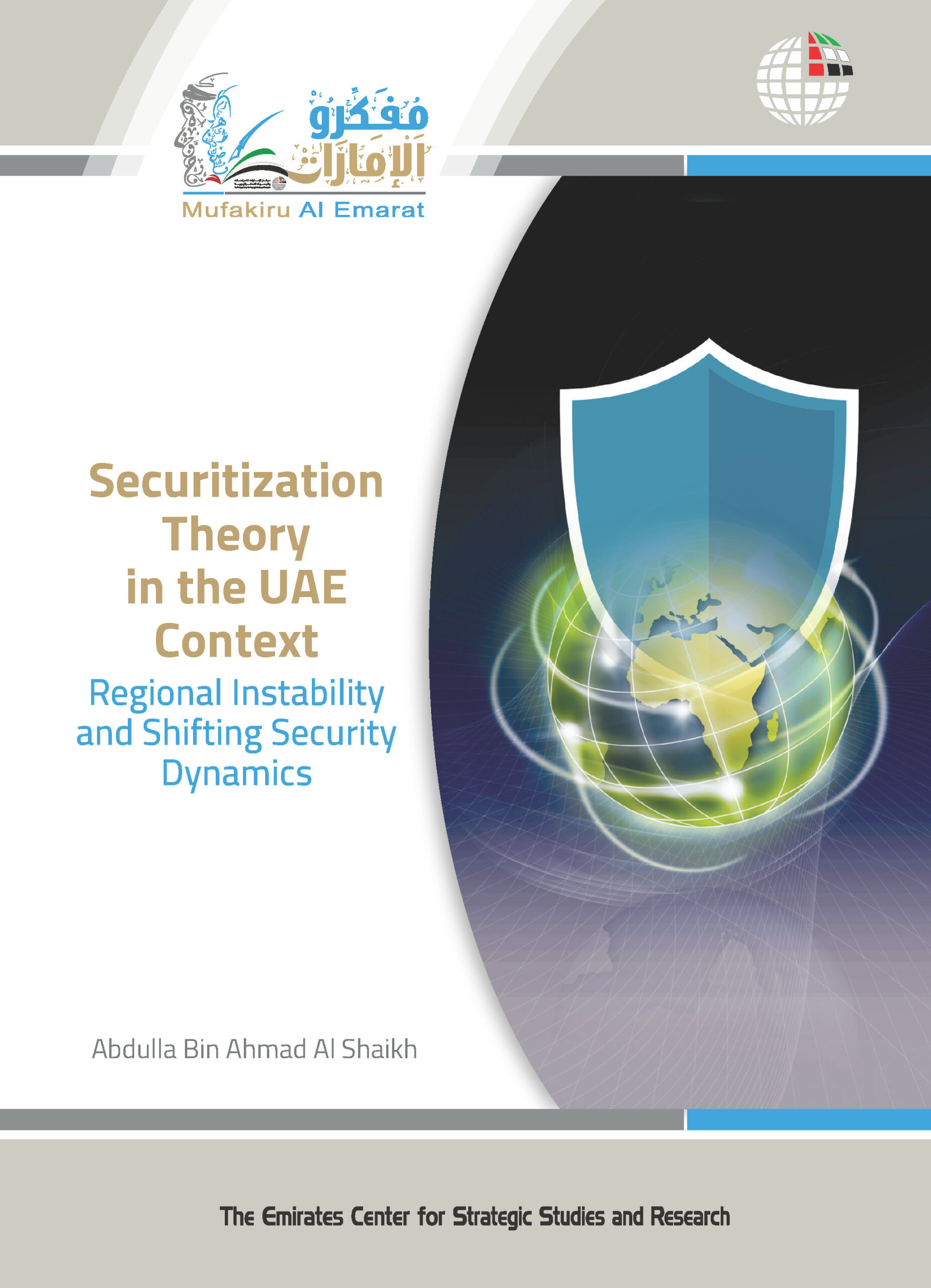 The shifting contemporary security environment is characterized by unconventional actors and methods, the influence of non-state actors, and the use of proxies and hybrid warfare techniques. This has not only precipitated changing alliances and positions, but has significantly altered the global security agenda and our understanding of security concepts.

In the Middle East, where the security implications of the Arab Uprisings continue to reverberate a decade later, complex factors in the emergence of novel security challenges call for a more nuanced approach that moves beyond conventional narratives. It is here that securitization theory has an important role, offering a comprehensive analysis that takes into account the multiplicity of actors, audiences and interests at play in both the construction of threats, and the legitimization of state responses to them.

As a rising regional security actor, and an important player on the global stage, the United Arab Emirates offers a strong case study, in term of its efforts with partners to tackle some of the region’s most pressing threats. In examining the ways in which the UAE’s decision-makers have identified and securitized threats, such as political Islam and the rise of the Muslim Brotherhood, the book aims to achieve a deeper understanding of regional complexities, while developing securitization theory in a fresh geopolitical context.

Traditionally applied to Western contexts, this book aims to situate securitization’s theoretical framework within the transformative security developments to have taken place in the Middle East in recent decades. It offers a detailed examination of the events surrounding the Arab Uprisings, and their far-reaching impact to set the scene for analysis of how securitization theory can help deepen our understanding of the region’s current political, economic and security considerations. Many states in the region are still severely weakened, or are mired in conflict that has brought humanitarian crisis and the collapse of regimes. Continued instability in Yemen, Libya, Syria and Iraq threatens the security of the entire region, as external actors vie for dominance. Meanwhile, the security vacuums created by departing major powers have had perilous effects, allowing space for Islamist extremist elements to regroup and grow.

The security threats facing the region have long-term implications, likely to be further complicated by shifting political dynamics and emergent global issues, such as the pandemic and climate change. A robust response requires a move away from traditional security paradigms, as demonstrated by the UAE’s approach, in favor of more comprehensive and proactive strategies to address the array of novel challenges that now define the contemporary security landscape.