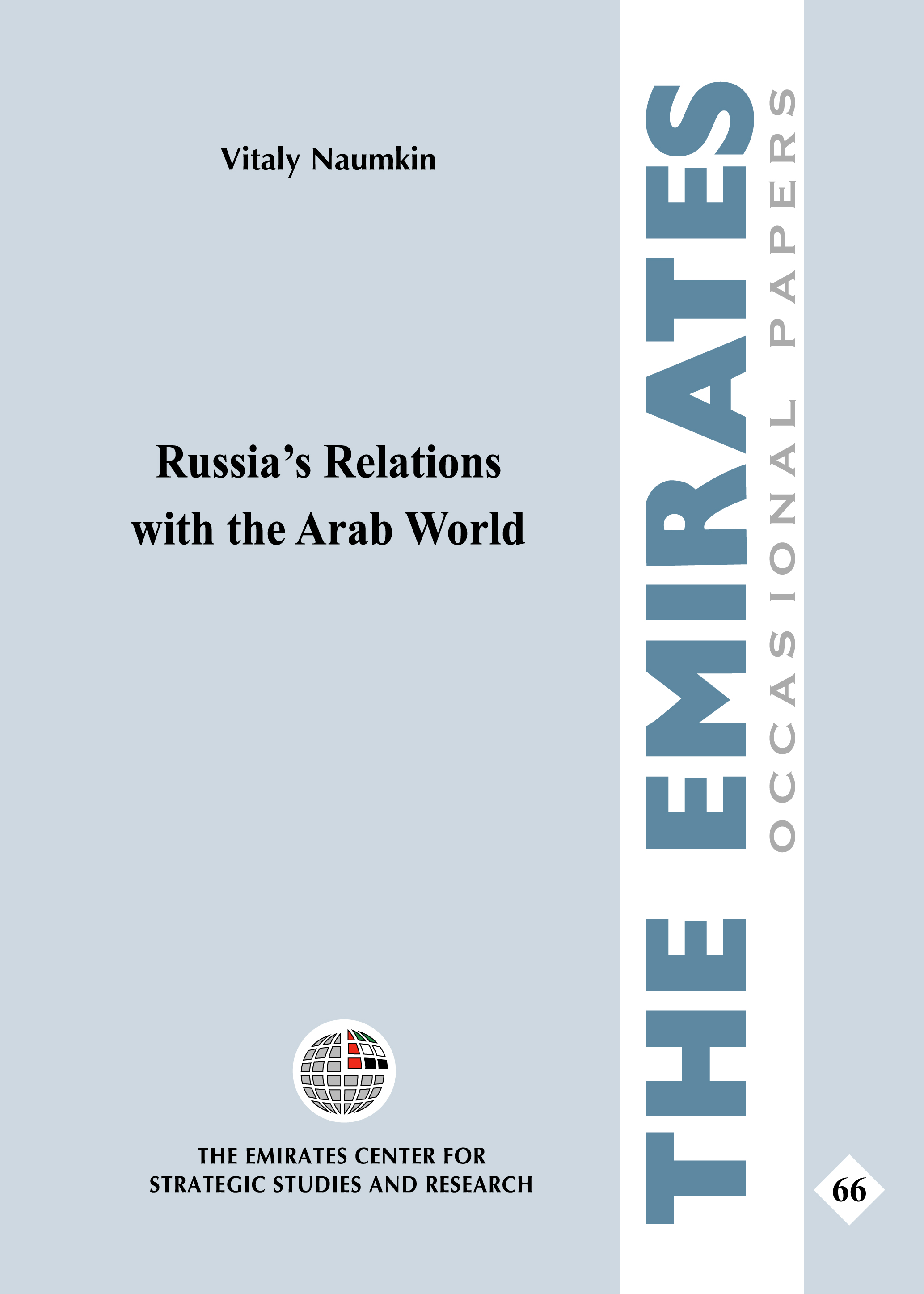 Russia’s Relations with the Arab World

During the 1990s the Russian Federation critically downgraded its relations with Middle Eastern states due to its economic difficulties and also on account of the predominant orientation of its new political class towards the Euro-Atlantic community. However, Russia did inherit from its Soviet days the role of cosponsor of the Arab-Israeli peace process and managed to establish diplomatic relations with new partners in the Arabian Gulf, yet the Asian direction of Russia’s policy was generally put on the back burner.

It was only after the post-Soviet transition period – with its associated developmental difficulties and insecurity – that Russia began to assume once again its role in the world and started to rectify the imbalance between its Western and Asian focus on foreign policy (including its special Islamic dimension) and began to make up lost ground. Many Russian experts believe that the current high rates of economic growth enjoyed under the current macroeconomic policies will enable Russia in the coming decade to become the sixth largest economy in the world, and by 2020 to be one of the world’s five largest economies. Worthy of note in this respect are the goals set by President Vladimir Putin in early 2008, which aim to strengthen market and democratic transformations and help move Russia’s economy from the inertia-ridden path based on energy and raw material exports to the path of innovation.

In the atmosphere of political self-improvement during Putin’s presidency, Russia developed its relations with the Middle-Eastern states, raised the level of its involvement in the regional and global politics of the region, and demonstrated its determination to follow an independent policy towards sensitive political issues such as Iraq or Iran’s nuclear program. A number of important directions can be singled out from Russia’s Middle-Eastern policy where considerable success has been achieved.

Today, a strong, more self-confident Russia is becoming an important force for political change in the world and has emerged once more as an actor in international politics and a state that values its developing relations with the Arab world and the Middle East in general.