ECSSR PublicationsRussian Relations With Europe and the US: Implications for Global Security
﻿ 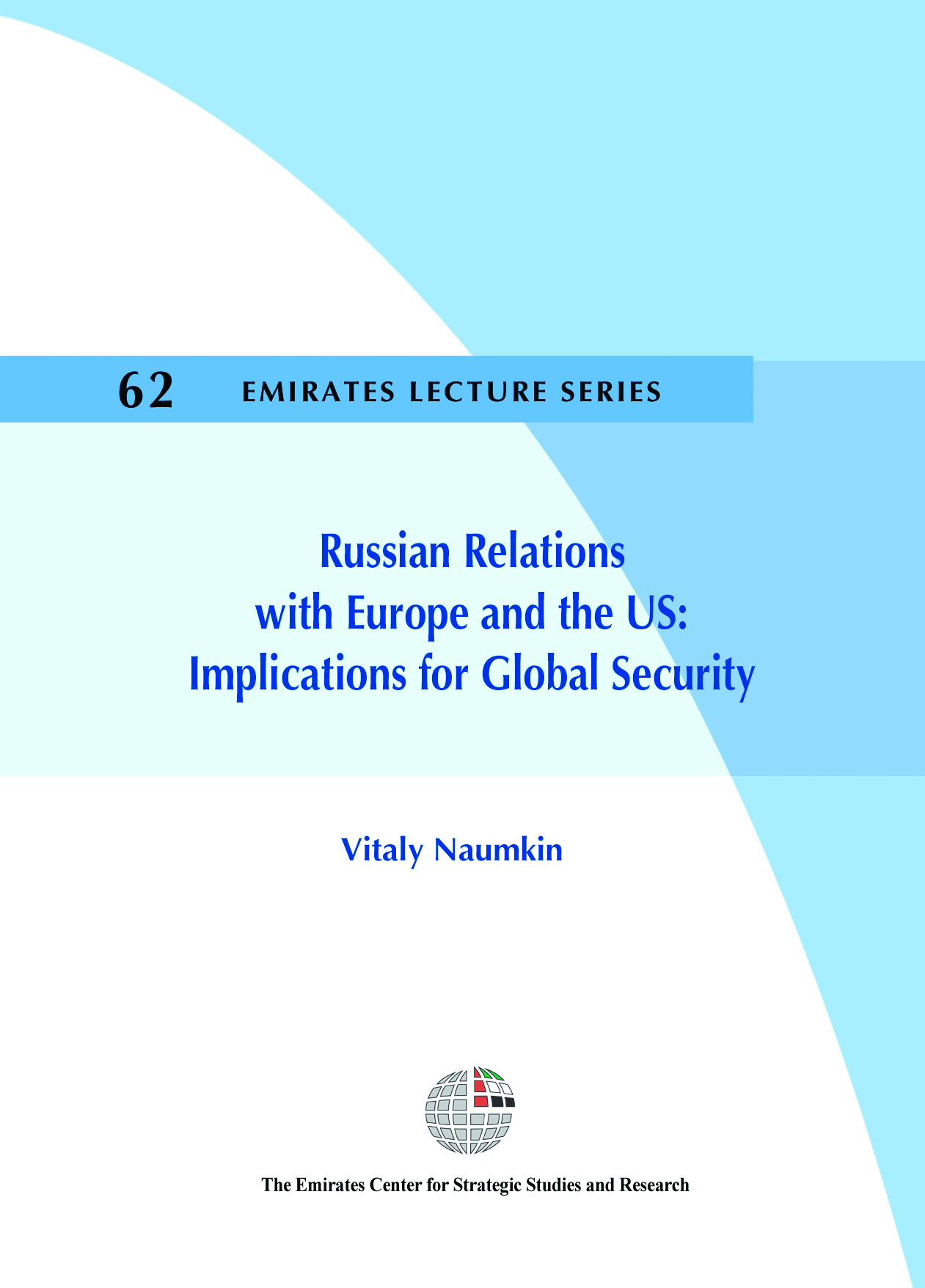 In recent years, relations between Russia and the West have entered a controversial phase, characterized by continued rapprochement and close cooperation but also by disagreements on a number of issues, signaling the emergence of a "new rivalry."

The West has accused Moscow of pursuing a policy of "managed instability" in those areas of the Commonwealth of Independent States (CIS) where insurgents are active, including Georgia, Azerbaijan and Moldova. It has been alleged that Moscow uses this instability to prevent a consolidation of these states and any subsequent rejection of Russian influence, thus preserving Russia's military presence and demonstrating that ethnopolitical conflicts in the region cannot be settled without Russian intervention.

Russia's relationship with the countries of the Caucasus is one of mutual interdependence and Georgia and Azerbaijan are major transit territories for the delivery of energy and Russian goods. Examples of this interdependence include Moscow's investment in the economies of the South Caucasian states and the supply of Russian energy resources to the region. This is of particular importance to Georgia, which has an acute shortage of energy and depends on foreign countries for its supply.

The EU is continuing in its effort to build a strategic partnership with Russia in order to safeguard international security for which, in the European politicians' opinion, it is necessary for Moscow to pay greater attention to the obligation to protect the life and well-being of its citizens. Some Russian analysts contend that the period of the US dominated unipolar world is drawing to a close and that Russia has to decide who its main strategic ally is—Europe or America. However, on questions of strategic stability, combating transnational terrorism and the proliferation of WMD, the US is still Russia's principal partner.

Russia's gradual rapprochement with the West is of crucial significance for global security, and differences on regional problems can hardly jeopardize progress on this issue.