ECSSR PublicationsProspects for the American Age: Sovereignty and Influence in the New World Order
﻿ 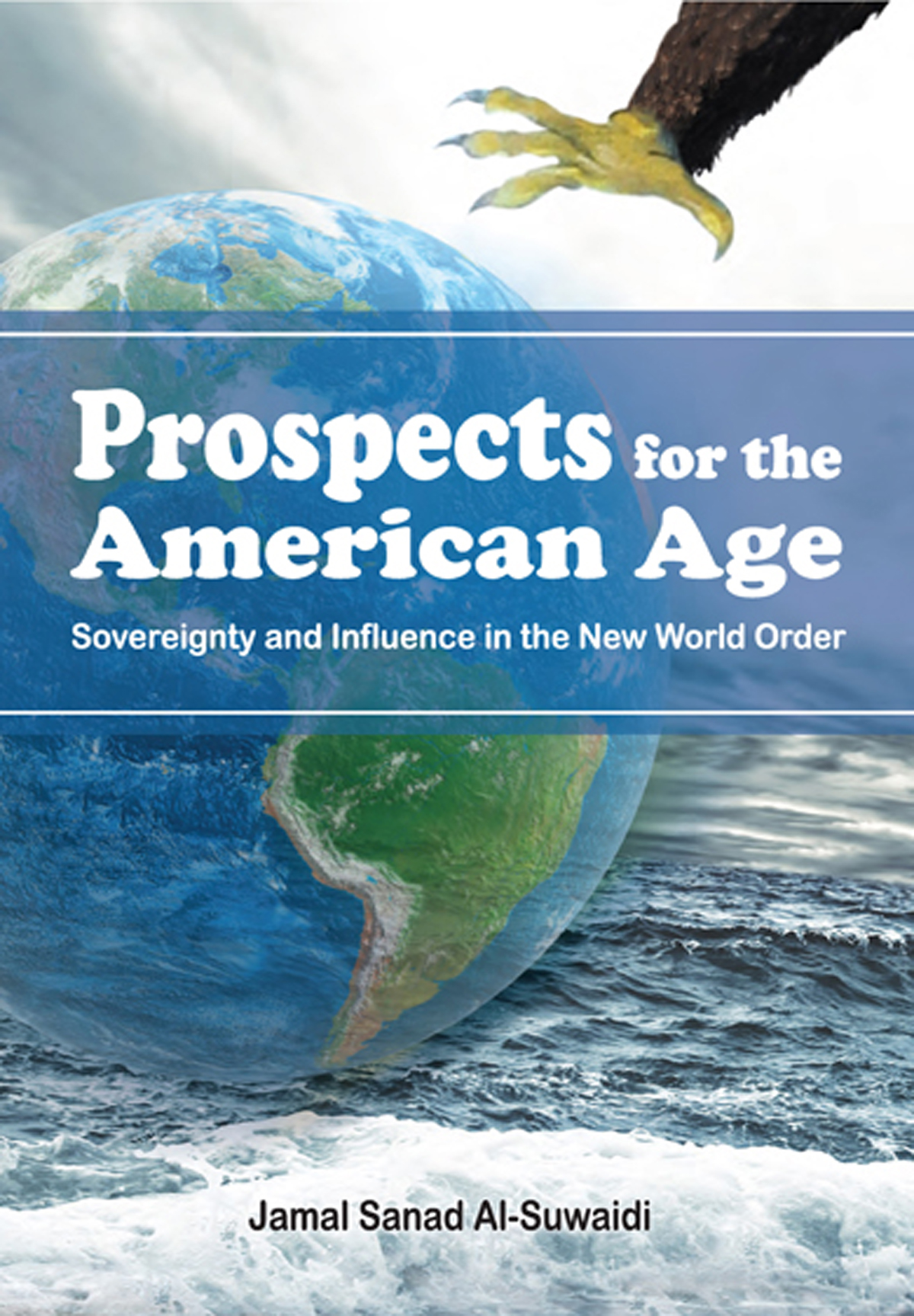 Prospects for the American Age: Sovereignty and Influence in the New World Order

The introduction also presents the main premise of the book — that the United States of America may be considered the dominant pole in the new world order, and that the world will continue to exist in an American age that is expected to extend for at least a further five decades. The qualitative supremacy of the United States of America has proven inescapable according to the data, statistics and information presented in this book, as well as the scales and variables of comparison adopted by the author in terms of economics, military advancement, energy resources, transportation, education, culture, and technological progress. According to these standards, the structure of the new world order may be described as a hierarchy, with the United States of America alone at the top, followed by a second tier comprising Russia, China and the European Union, a third tier consisting of Japan, India and Brazil, followed by the rest of world. The introduction to this book may be considered a basic foundation for the analysis presented in the following seven chapters, which examine the emergence, current status, and future of the new world order in its various dimensions.

Under the heading, “The New World Order: Features and Concepts,” the first chapter of Al-Suwaidi’s new book presents a theoretical paradigm for the concept of the new world order in its various dimensions. It presents two main themes: the first deals with concepts relating to the world order, drawing on literature that examines the evolution of the world order from the Peace of Westphalia in 1648 to the present day. It also presents various different views and arguments concerning the nature of the world order, and the distribution of power within it. The first theme also explores the political, military, economic, cultural, educational, technological and energy-related dimensions of the world order, and their importance in determining the relative powers of actors in the new world order. Moreover it explains how the United States of America has succeeded in utilizing all these tools to achieve its ends, and how it leads this world order according to a universal strategic vision aimed at maintaining US supremacy vis-à-vis other major powers. The first theme also presents an objective assessment of the different frameworks which are employed in analyzing the concept of the new world order. The second theme of this chapter discusses the main features of the new world order, which play a significant role in the interactions that occur within it, and which define it with regard to previous historical eras of the global system.

Chapter II, “Factors Influencing the Structure of the New World Order,” examines the factors and patterns of influence and interaction within the world order. These factors include: relations among civilizations, relative power in international relations, economic factors, military superiority, technological development, levels of knowledge, challenges and variables, and the behavior of major powers.

Chapter III, “The World Order: Decisive Historic Junctures,” aims to draw a comprehensive analytical map to help in understanding the historical transformations of the world order and, ultimately, the nature of contemporary global realities. The historical review presented in this chapter features an element that may make it unique; it tackles the historical evolution of the world order from the emergence of the Ottoman state in the East through the ages of the Spanish, Portuguese and other empires of the West. It is an effort to present a balanced, scholarly chronicle of the world order, without neglecting the influence of the East on international relations throughout history.

Chapter IV, “The Economy, Trade and Energy in the New World Order,” focuses on the role of economic factors in deciding the structure of the new world order and the hierarchy of powers within it. It reveals that despite the spectacular rise of the Chinese economy during the past two decades, it is still about half that of the United States, and China still falls within the ranks of developing countries in terms of its average GDP per capita. While the US economy is characterized by flexibility and high reliance on innovation and internal forces for growth, China depends on foreign investment and employing low-cost labor in export-oriented industries. This could make China more vulnerable to adverse economic shocks in the future. The author also expects that developments in the energy sector will greatly affect the ranking of powers in the new world order. The United States of America will increasingly become self-dependent in terms of energy, utilizing its various innovations in the field of shale gas and oil extraction, and its gradual shift toward unconventional energy sources from the western hemisphere (the Americas), giving it a strong comparative advantage in the future.

In Chapter VI, “Prospective Structural Changes and their Consequences for the New World Order,” the author discusses the potential structural, strategic changes in the new world order in the coming five decades; stressing that unipolarity will have a variety of impacts on the world. The author anticipates that US influence in international financial institutions will increase, and that over the next decade Washington will reduce its dependence on oil from regions plagued by risk and instability – such as the Middle East – and that this will affect US policy in such regions.

In Chapter VII, “The New World Order: Future Outlook,” the author confirms that the new world order will be characterized by a number of features that will be important determinants of the ranking of world powers in the future, including the growing importance of technologically advanced and nonconventional systems of production and communication to replace decaying conventional systems, and an increasing reliance on genetic engineering, cloning and nanotechnology in finding solutions to key issues such as achieving food and water security, narrowing down the energy resource gap, achieving breakthroughs in medicine and further developing human capabilities. Other features also include increasing pressure on the capitalist system to develop in order to sustain itself.

In the Conclusion to the book, the author suggests that the Arab region is a central arena in the world and the focus of a variety of conflicts that are of direct relevance to the “prospects for the American age.” The author cites the Syrian crisis and the recent events in some Arab countries that have toppled long-standing political regimes dating back to periods prior to the development of the new world order, such as in Egypt, Libya, Yemen and Tunisia. The author believes that, in light of the obstacles to development faced by many Arab states, it is difficult to say that the near future will herald improvements in these countries’ circumstances, particularly in light of the worsening internal crises in major Arab countries like Egypt, Syria and Iraq, and the strategic expansion of regional non-Arab powers to fill the void left by the declining regional role of conventional Arab powers. This comes alongside increasing influence for Israel, which is now in the most advantageous strategic position since its creation due to the absence of any significant resistance from Arab countries, which are preoccupied with internal crises or threats emanating from neighboring states. The conclusion also claims that economics will not simply be a factor in the calculation of states’ roles and positions in the new world order, but rather the central engine of change for small and mid-sized powers in the new world order.