ECSSR PublicationsPolitical Legitimacy of the Minorities: Israeli Arabs and the 1996 Knesset Elections
﻿ 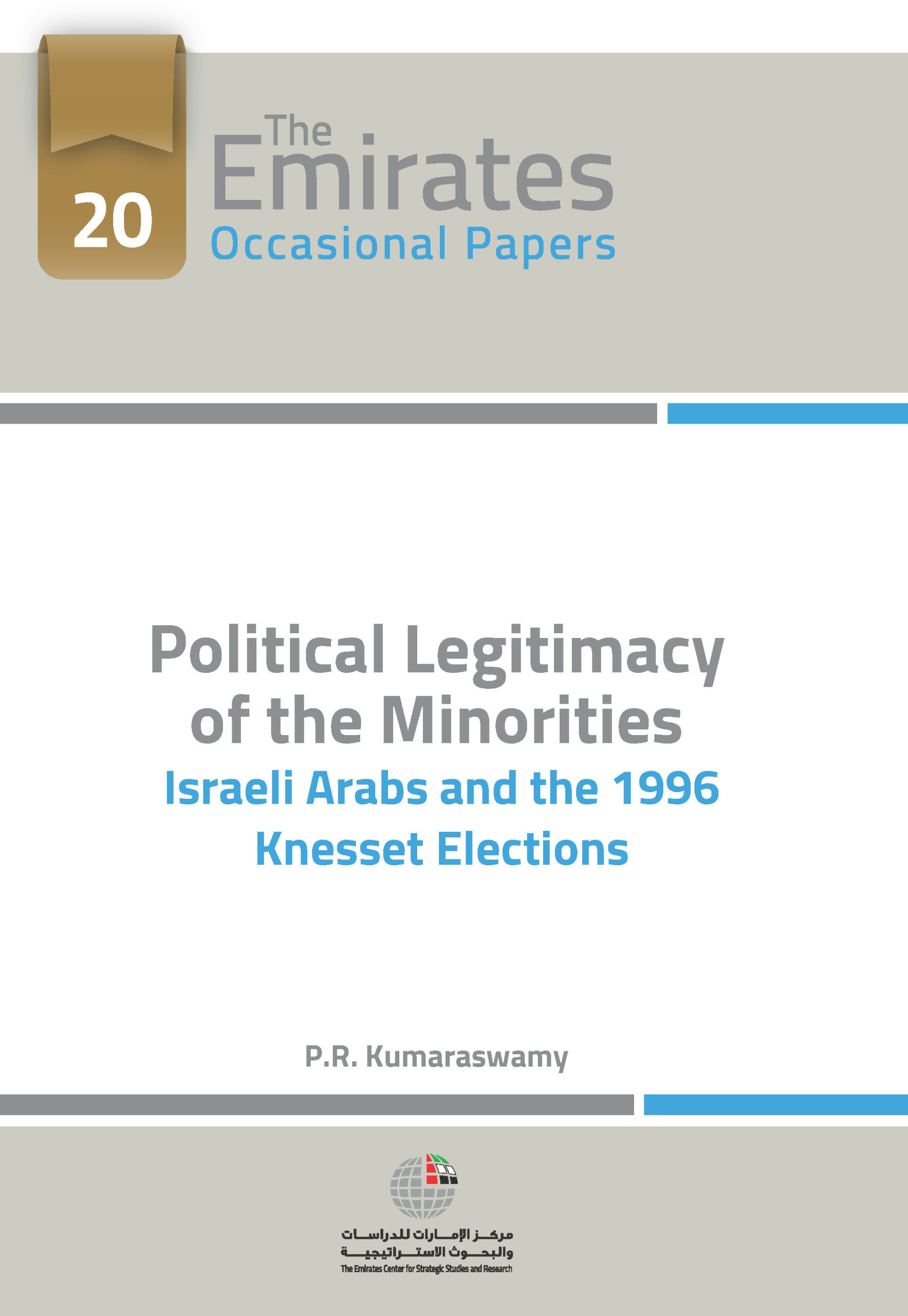 Political Legitimacy of the Minorities: Israeli Arabs and the 1996 Knesset Elections

The treatment of Arab minorities has been a controversial and contentious issue in Israel. Both during the pre-state era and in its aftermath, the Arabs in Israel were seen primarily as a 'problem' to be tackled and a 'security threat' to be contained. The Arab population in erstwhile Palestine overnight lost its majority status and involuntarily acquired the citizenship of the Jewish state. They suddenly became an ethnic, national, linguistic, religious and cultural minority in a pre-dominantly Jewish state. The emergence of Israel in truncated Palestine was accompanied by political, social and psychological hardships for the Arabs.

Was there a systematic policy of discrimination vis-à-vis the Arabs? The first section of this paper discusses the electoral system within which the Arab population operates. Because of the non-constituency nature of the elections, it is possible for a scattered electorate committed to a single political, social or economic agenda to send a representative to the Knesset. The newly introduced direct election of the prime minister has further enhanced the importance of the Arab electorate.

The second section discusses the politicization of the Arab sector and the relative importance and performance of the Arab electorate in Israeli elections. The third section focuses on the process of legitimization of the Arab electorates and Arab-oriented parties under the Rabin-led Labor government. Following the 1992 elections, the Arabs emerged as a legitimate force in Israeli politics. For the first time, the Israeli government was willing to acknowledge the inequality between Jewish and non-Jewish citizens, and committed to seeking a remedy. The last section analyzes the role of the Arab voters in the closely contested 1996 elections, especially for the post of Prime Minister and represents a tentative projection for the future.