ECSSR PublicationsPatterns of Order and Changes in International Relations: Major Wars and their Aftermath
﻿ 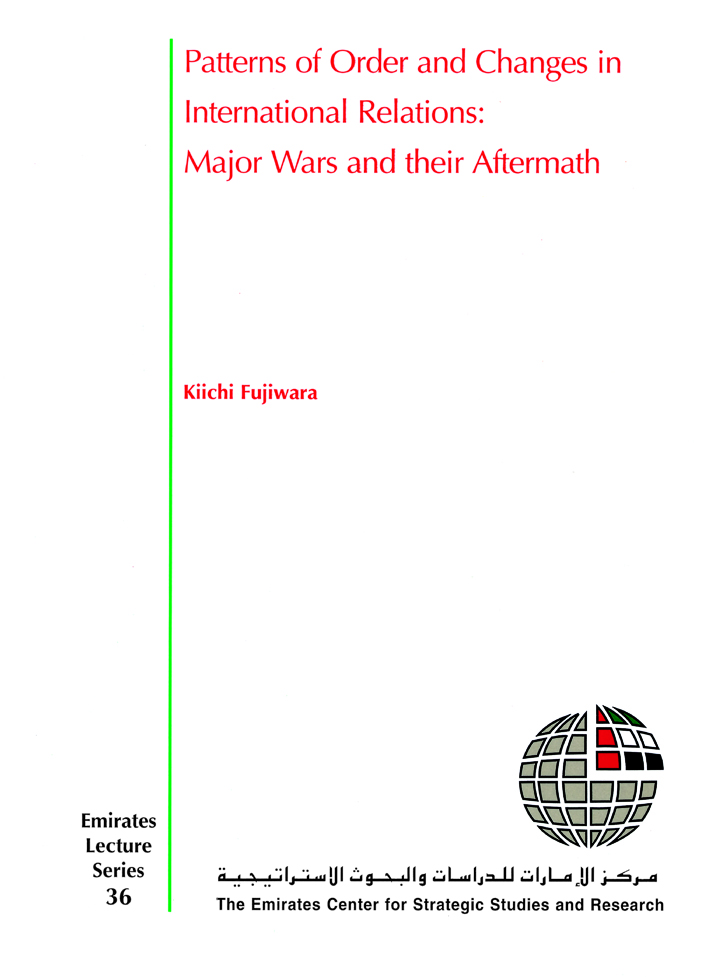 Patterns of Order and Changes in International Relations: Major Wars and their Aftermath

"Does the world of international relations change at all?" Although this question appears simple, previous research on the subject has failed to provide a definitive answer. The neo-realist school maintains that the structure of international politics has and will remain unchallenged, unless a new worldwide authority that imposes sanctions on deviant behaviors supersedes the existing power structure. The liberal school argues that international relations have changed dramatically, either from a traditional authority to more institutional and liberal if not democratic forms of polity, and that globalization and the interdependence of nations have challenged the isolated autonomy of the sovereign states. Both oversimplify the historical change (or lack thereof) that has occurred worldwide. In this paper, the study of the transition of international society will be re-evaluated after adding another factor to the equation, that is, the entry of non-Western actors and powers into the calculus of classical power politics.