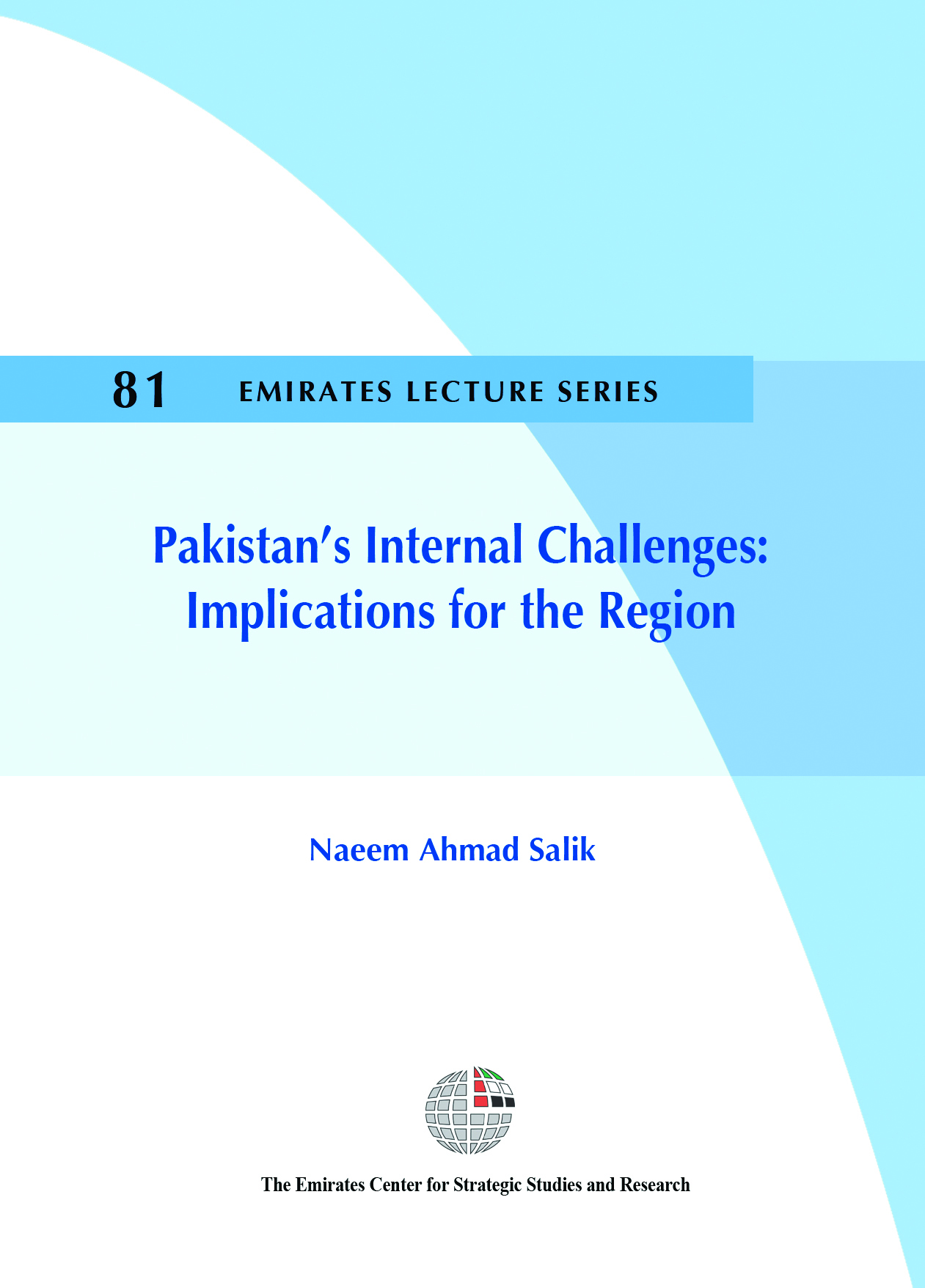 Pakistan is currently experiencing one of the most turbulent phases in its history; throughout its 62-year existence it has often been confronted with one serious crisis after another. The sources of this perpetual instability have been both internal and external in their nature.

Parts of Islamabad, which was once considered to be one of the safest and most peaceful cities in the region, have the look of a war zone. Concrete barricades on roads and in front of houses have turned traffic into a nightmare and houses into mini fortresses. During the last year or so, terrorist tactics have significantly and visibly evolved from suicide bombings or car bombs to military-style raids and attacks on sensitive installations, as well as targeted attacks on security personnel by well-trained assassination teams.

In the areas of the Federally Administered Tribal Areas (FATAs) along the border with Afghanistan, the so-called Tehrik-i-Taliban Pakistan continue to challenge the writ of the state and occasionally even assume complete control of certain areas before being pushed out by security forces. The ongoing operation in South Waziristan – ‘Rah-i-Nijaat’ – is the largest counter-insurgency operation ever launched by the Pakistani military.

Nuclear security has assumed added significance for Pakistan in the prevailing environment. Firstly, there is the obvious need to ensure the security of nuclear installations against any act of sabotage or terrorism given the current domestic security situation, and Pakistan is mindful of its obligations in this regard.

Pakistan remains a pivotal state in Southwest Asia, and its future will have a profound impact on the entire region. It is therefore imperative that all regional states, and especially Pakistan’s immediate neighbors, refrain from interfering in its affairs. They should either do whatever they can to help Pakistan overcome its problems or leave well alone.  Given Pakistan’s historically close cultural, political, economic, and security relations with the Gulf states and other Muslim countries in the Middle East, Pakistan’s failure would have very serious repercussions for all these countries. Thus, Pakistan’s friends should not only wish it well but also assist in whatever way they can to ensure that it succeeds in its struggle.