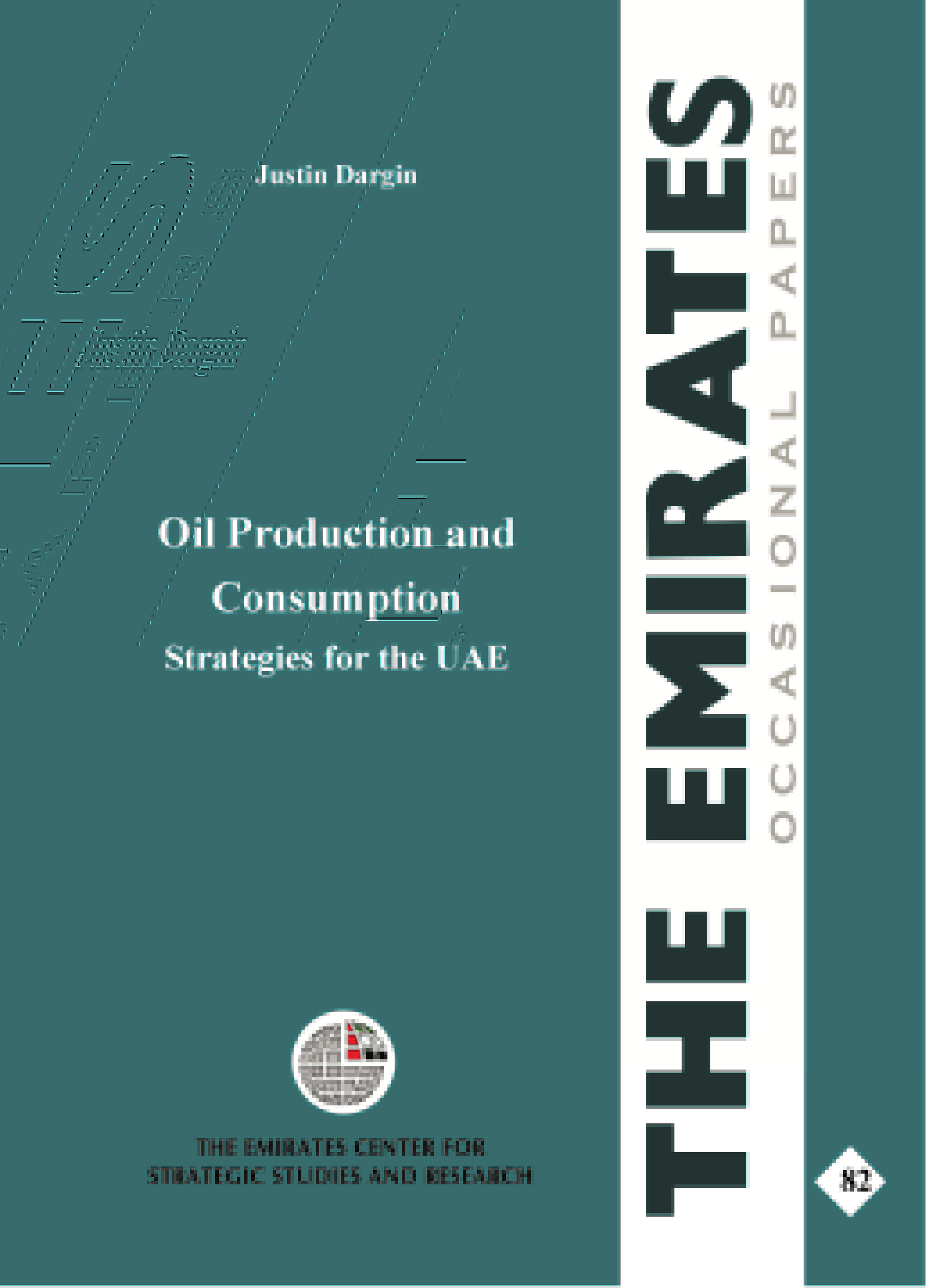 Oil Production and Consumption: Strategies for the UAE

This monograph focuses on the most efficacious methods for the UAE to buttress its oil production while reducing its oil and natural gas consumption. It recommends that the UAE create a tiered strategy of increasing oil output by utilizing alternative methods of enhanced oil recovery (EOR) that would not depend upon natural gas, such as CO2 EOR, nitrogen flooding and solar thermal EOR.