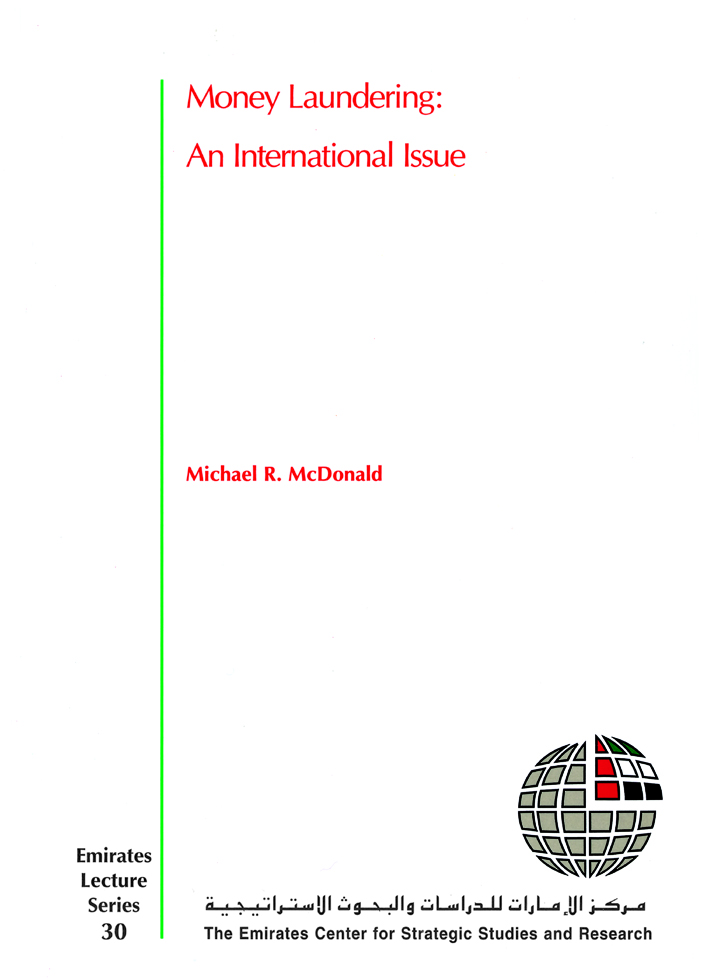 The global explosion of organized crime over the past two decades has lent urgency to the need for anti-money laundering initiatives as part of a concerted campaign to combat international crime. This study outlines the evolution of anti-money laundering initiatives as an international tool to combat organized crime in several arenas, including narcotic trafficking, terrorism, arms dealing, kidnapping, disabling of government programs through extortion and corruption and the penetration by criminal groups into legitimate financial systems.

It reviews the legislative and regulatory programs implemented by various nations in their efforts to fight organized crime. Other aspects discussed include the "extraterritorial reach" (international reach) of the US money laundering laws, the principal alternative remittance systems used by international drug traffickers to launder billions of dollars in drug proceeds, and some identified money laundering schemes actively used in the world of international finance.

For effective anti-money laundering initiatives, it is imperative to pass laws prohibiting the laundering of the proceeds of crime and the concealment of assets acquired through international criminal activity, and also to enact strict regulatory requirements for financial institutions to report suspected criminal activity as well as extraordinary and dubious financial transactions. Additionally, the development and structuring of a national Financial Investigation (or Intelligence) Unit (FIU) is an essential element for success. The FIU will undertake the task of monitoring reports and financial intelligence while managing financial information consistent with the country's privacy and regulatory protocols.

At the regulatory level, the study suggests several practical measures that will enable financial institutions to protect themselves from penetration and utilization by criminal organizations for money laundering purposes. In particular, emphasis is placed on the Financial Action Task Force's list of recommendations for the development of sound anti-money laundering programs.