ECSSR PublicationsModern Teaching Aids and their Impact on the Process of Learning: A Case Study of the College of Humanities and Social Sciences, UAE University
﻿ 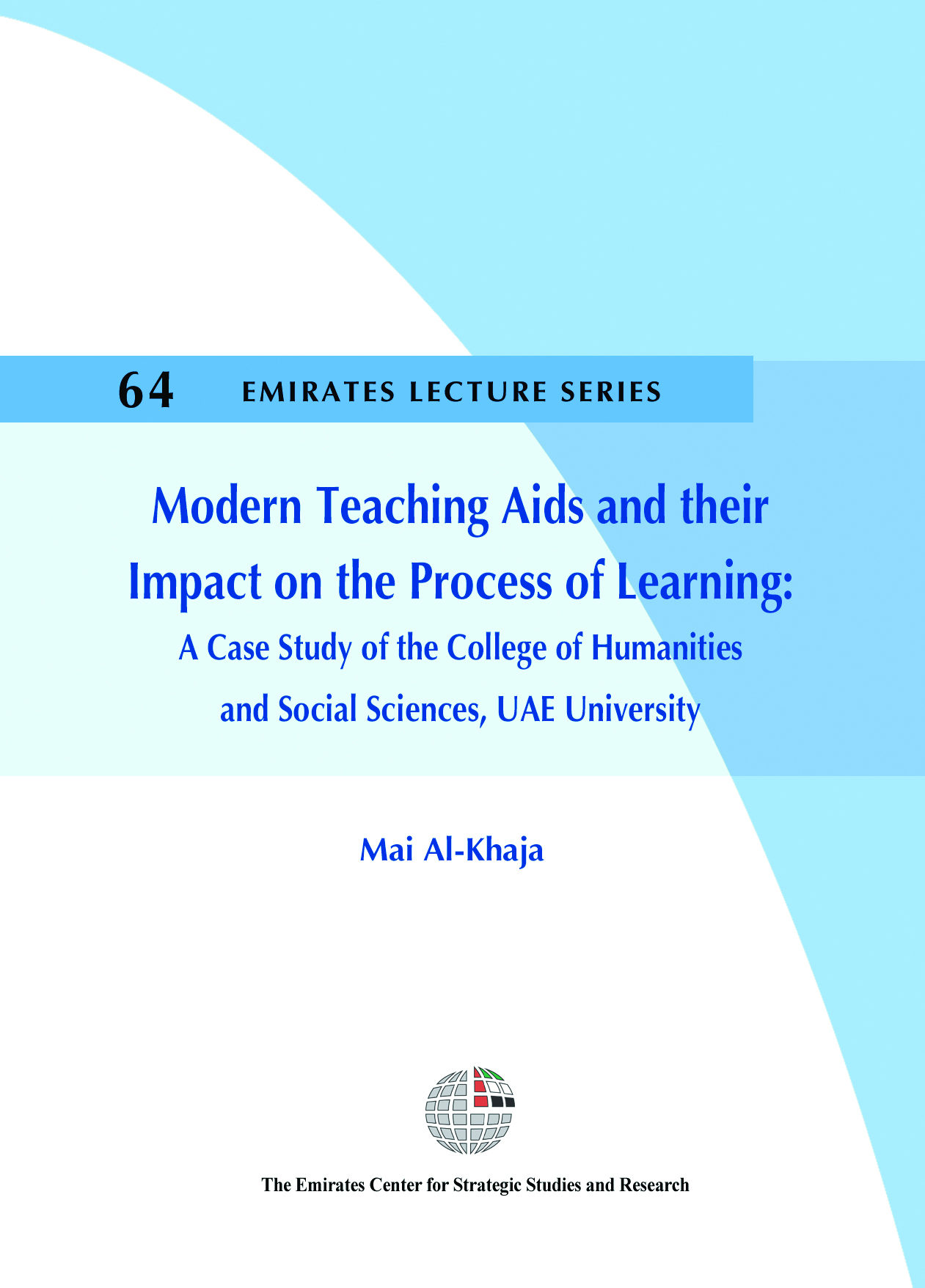 Modern Teaching Aids and their Impact on the Process of Learning: A Case Study of the College of Humanities and Social Sciences, UAE University

This study examines the issue of using modern technologies in education, the resulting benefits and its impact on the education process such as the teacher and student relationship. The study focuses on the issue in the light of the present widespread use of technology in all aspects of life. The study group was composed of FHSC staff, involving 120 out a total number of 186 employees. The study revealed that a large percentage of FHSC staff made use of modern technology in educational activities, irrespective of their nationalities, academic ranks, fields of specialization, past experience and kind of training they received for the use of such technologies. The study revealed that the beneficial aspects of the process were greater than the adverse effects for the educational process.