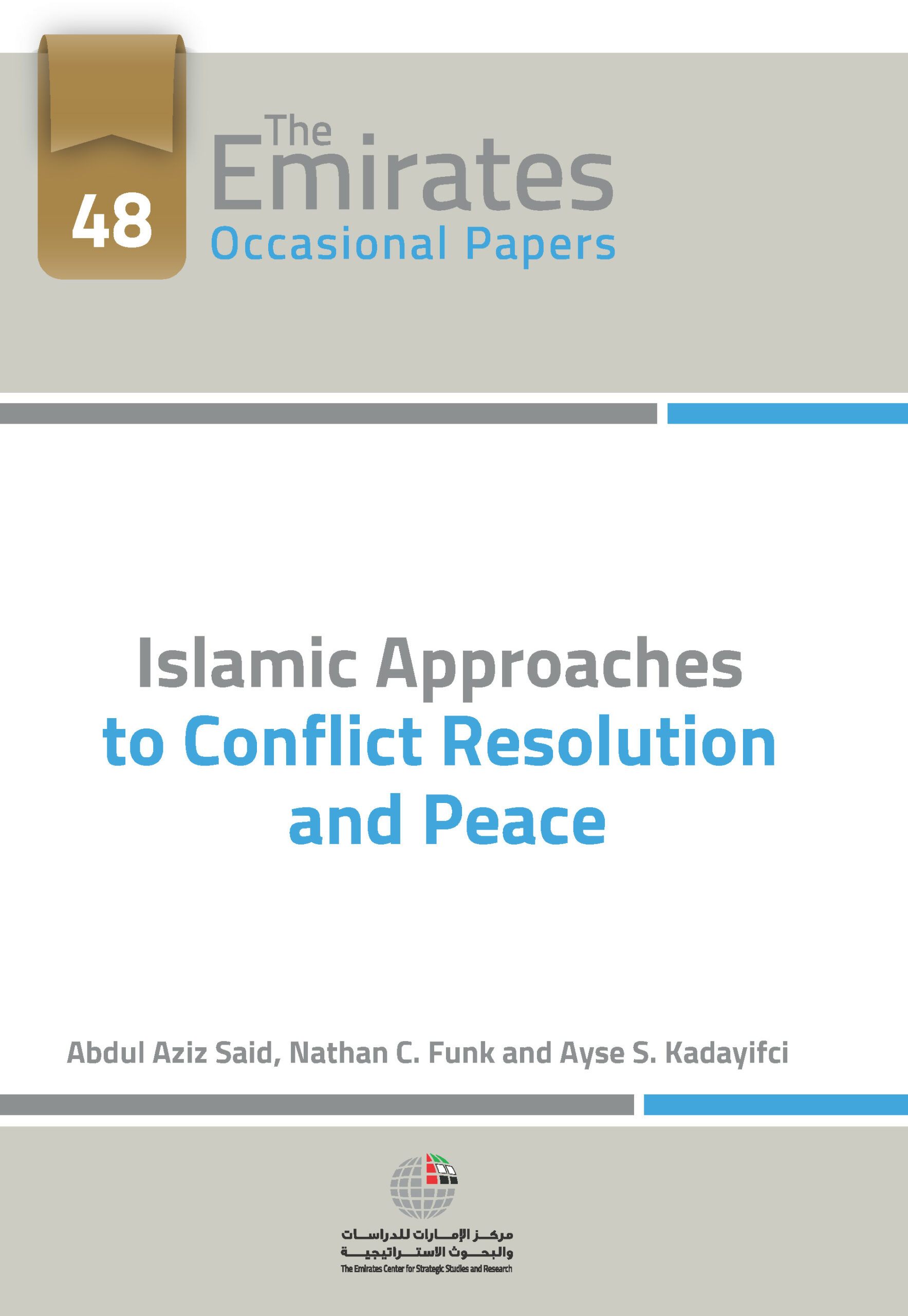 Within the Muslim community, the call for peace has manifested and will undoubtedly continue to manifest itself in diverse ways. This reflects continuous efforts to interpret and apply foundational Islamic values in specific historical, social, and cultural situations. Islamic concepts of peace have been misrepresented, misunderstood, or simply ignored. There are indeed differences between prevailing Western and Islamic conceptions of peace. These differences constitute a basis for an ongoing dialogue on the topic.

Beneath different interpretations of Islam, there is an underlying unity of intention that gives coherence to various approaches to peace. These in Islam can be categorized in five paradigms. Many Muslims have, at one time or another, subscribed to views that incorporate aspects of more than one paradigm.

The model of power politics exalts state authority, views peace simply as the absence of war, and emphasizes the political necessities created by threatening environments. The Islamic world order approach sees peace as a condition defined by the presence of such core Islamic values as order, justice, equity, cultural coexistence (as in the Iranian Dialogue of Civilizations initiative), and ecological stability. Practitioners of Islamic approaches to conflict resolution adhere to a restorative conception of peace that encompasses notions of just compensation for losses, renunciation of retribution, and forgiveness. Though it is not widely recognized, an Islamic paradigm for nonviolence does in fact exist, and some of the most notable recent applications of it have occurred in South and Southeast Asia. Peace is understood as the presence of social justice, which must be sought by a just means. The last approach to peace, the Islamic equivalent of a transformational, spiritually centered paradigm, defines peace as a condition of harmony attained through the transformation of human consciousness.

The dominant Western approach to peace finds its substance in political pluralism, individual rights, and, in practice - if not in precept - consumerism. In contrast, Islamic precepts permit a view of peace based on communal solidarity, social justice, faith and cultural pluralism. The differences between Western and Islamic approaches to conflict resolution reflect some of the differences between these two respective perspectives on peace. While the strongest Western approach to conflict resolution is to conceptualize and solve problems, the Islamic approach emphasizes the mending and maintenance of social relationships. Muslims see conflict and competition between individuals and groups as a threat to social unity, stability, and welfare, and are often somewhat less optimistic about conflict than the advocates of new Western approaches.

Research and dialogue on conceptions of peace and peacemaking provide and alternative to the solipsism of culture - bound thinking. The can promote a deeper understanding of cross - cultural differences and a greater appreciation of the shared values and goals that will be needed if true coexistence - and perhaps even intercultural complementarity - is to be achieved.