ECSSR PublicationsIslam and the West after September 11: Civilizational Dialogue or Conflict?
﻿ 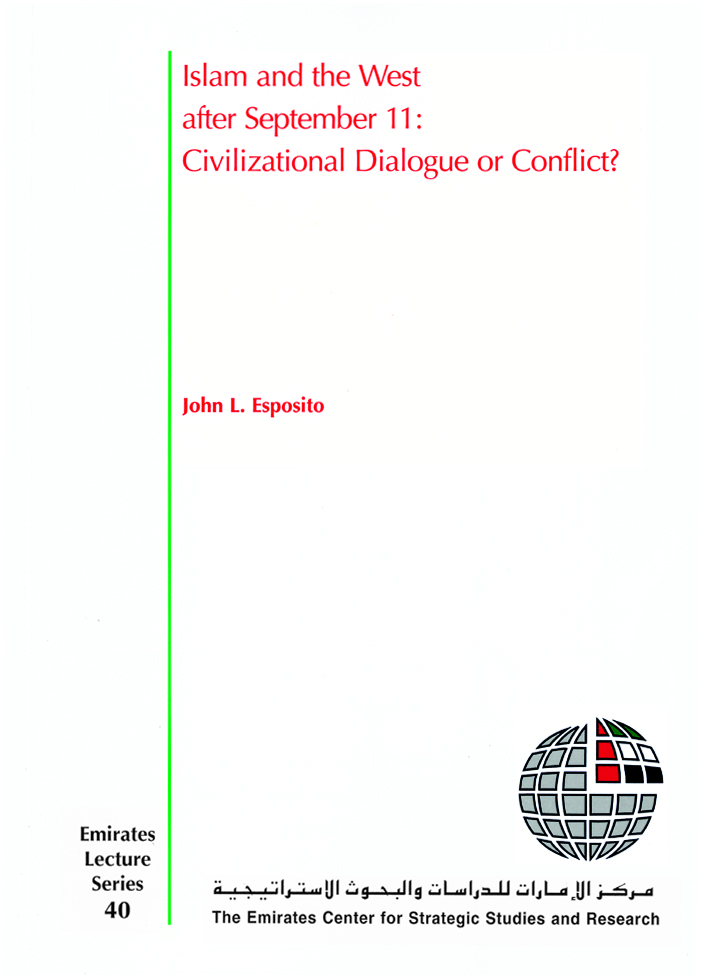 Islam and the West after September 11: Civilizational Dialogue or Conflict?

Many today warn that the Muslim world and the West are on a collision course. The depth and intensity of animosity expressed by Bin Laden and his al-Qaeda followers led some to ask, “Why do they hate us?” The temptation for some American government officials and political commentators was to condemn and dismiss, to explain away anti-Americanism as irrationality, ingratitude, jealousy of US success or hatred for the American way of life. This approach fails to get at real issues. As governments respond to the threat of global terrorism, must be balanced by evidence that establishes a direct connection of guilt and by strikes that are focused rather than wide-ranging and indiscriminate. A disproportionate response runs the risk of a backlash in the Middle East and the broader Muslim world – as well as among American and European Muslim citizens – that erodes the goodwill of many and reinforces an image of a superpower again placing itself above international law. The war against global terrorism should not justify a gradual erosion of important principles and values at home or become a green light to authoritarian regimes in the Muslim world to increase repression. There is also a need to adopt a more balanced policy in the Israeli-Palestinian conflict. If foreign policy issues are not addressed effectively, they will continue to provide a breeding ground for anti-Americanism, hatred and radicalism, the rise of extremist movements, and recruits for the Bin Ladens of this world. Short-term foreign policies that are necessitated by national interest must be balanced by long-term policies and incentives that pressure our allies to promote a gradual and progressive process of broader political participation and power sharing.