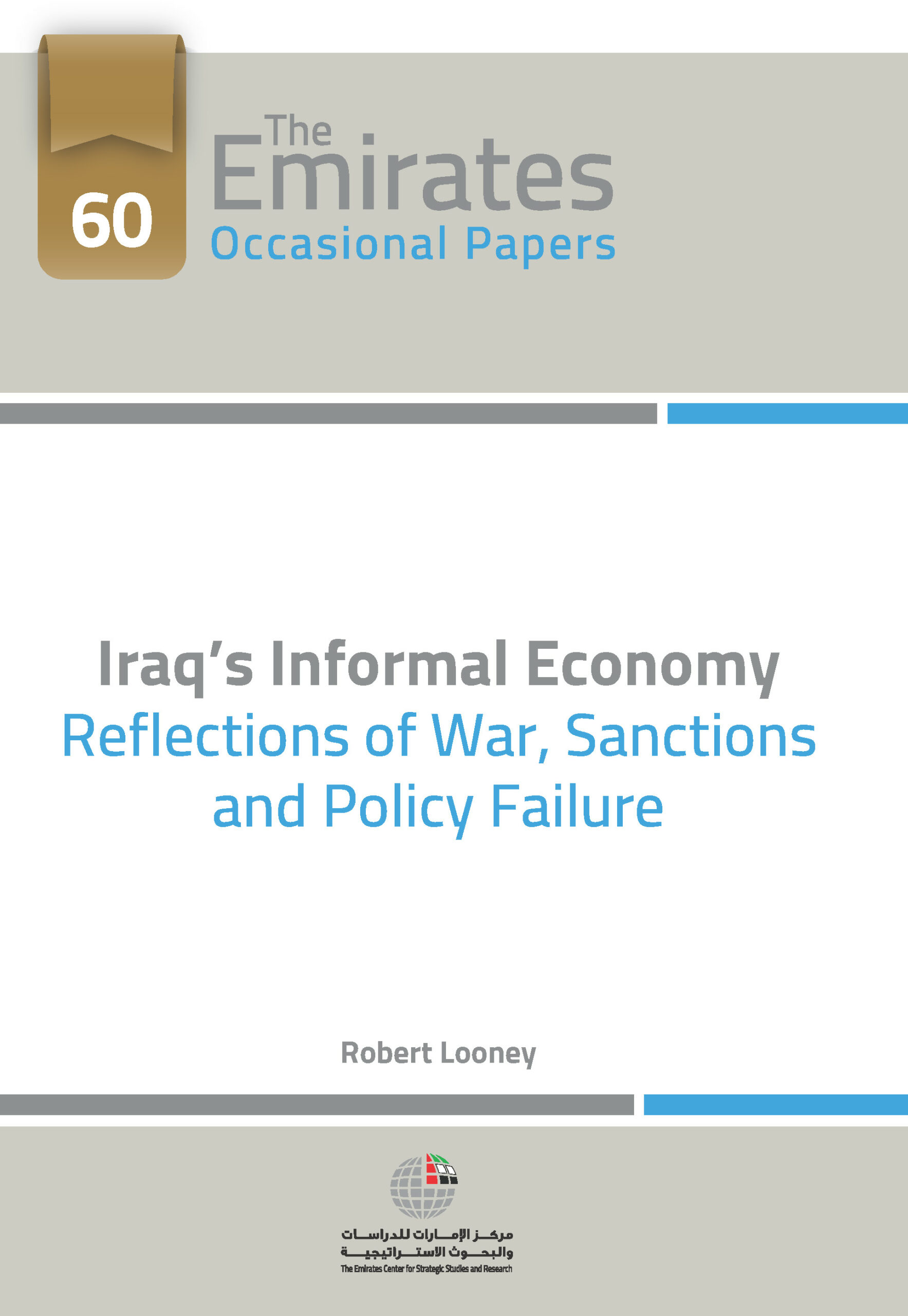 Iraq’s economy has undergone profound changes over the last decade, many of which have had significant implications on the evolution of the country’s informal economy. The statist, heavy-handed economic policies of the Ba’athist government concentrated much of Iraq’s productive capacity on nationalized factors, which degraded under the sanctions regime of the 1990s, when both industrial and agricultural production faltered for lack of input. The 2003 overthrow of the regime saw the nominal Gross Domestic Product (GDP) contract by 35 percent and it has recovered little since then, despite US-led reconstruction efforts. The only part of the economy to have survived both Saddam Hussein and the post-2003 period of instability is the country’s informal economy.

At the aggregate level, corruption appears to be a key factor in the growth of Iraq’s informal economy. Over the years, corruption at many levels has led to a general reduction in trust on the part of market participants. Furthermore, the reduction in social capital has forced the shift of many transactions from the formal to the informal markets, where intimate knowledge of participants provides some insurance against fraud and non-compliance.

Other factors, such as the shortage of energy and electricity and the dangers associated with transport, have caused a number of previously formal businesses to revert to the informal economy. This has been particularly evident in the agricultural sector, the neglect and subsequent demise of which has not only forced many farmers into informal subsistence-type farming, but has also greatly limited the ability of the sector to play its traditional role as a temporary source of employment for unemployed urban workers.

The shutting down of many schools and poor quality of education among others, together with low family incomes, have forced many children into the informal sector—mainly as street vendors. The country’s many child labor laws are being largely ignored by the authorities. Meanwhile, women are also increasingly becoming participants in the informal economy. Many have been widowed or abandoned and the informal sector provides their easiest access to income.

The high level of corruption in post-war Iraq continues to reinforce these trends. In its latest assessment, the prestigious Transparency International has ranked Iraq as the most corrupt country in the Middle East.

In short, the issues require far more than simply organizing and financing a massive construction program. Rather, what is required is the rebuilding of a devastated economy and society simultaneously. In a nutshell, the issues require a development strategy under crisis.

This study outlines several areas that require greater attention in the country’s reform program, as well as strategies that might help stem the tide toward informal activity in Iraq. Taken as a whole, these policy initiatives have the potential to not only significantly expand domestic employment opportunities, but more importantly, to do so through the creation of a virtuous cycle with feedback between the domestic market, further reforms and the incorporation of the informal segments of the economy into the formal sector. Ultimately, a rapidly growing formal private sector is essential for making any significant progress in combating Iraq’s vast informal economy and job creation needs.