ECSSR PublicationsIraqi Propaganda and Disinformation During the Gulf War: Lessons for the Future
﻿ 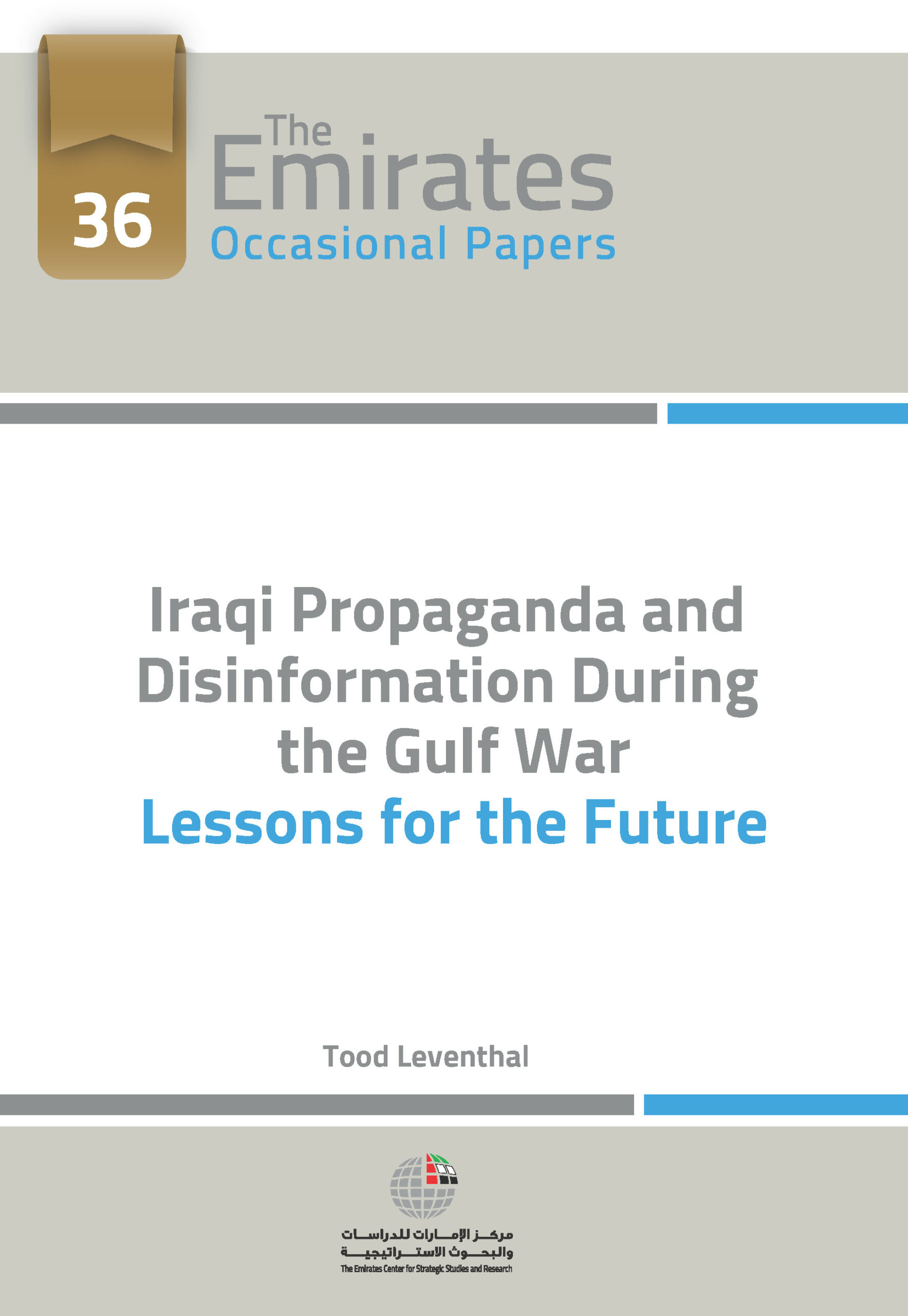 Iraqi Propaganda and Disinformation During the Gulf War: Lessons for the Future

This monograph examines Iraqi disinformation and propaganda from Iraq's invasion of Kuwait in August 1990 through the end of the Gulf War in February 1991. Although these events occurred at the beginning of the 1990s, they remain relevant because the fundamental nature of the Iraqi regime has not changed, and renewed confrontation or conflict remain ever-present possibilities, as is evidenced by the December 1998 US/UK four-day bombing campaign against Iraq.

The harsh glare of war throws the actions of states as well as individuals into stark relief. War demands an all-out effort that sweeps away niceties and illuminates what may have previously remained hidden. Policies, practices and people reveal themselves in extremis.

The Iraqi propaganda and disinformation efforts from their invasion of Kuwait in 1990 to their expulsion in 1991 were extensive, sustained, professional and, in many respects, quite effective. This is not to say that some of Saddam Hussein's propaganda stunts did not backfire. Moreover, misconceptions about what really transpired in several key events still linger, despite the passage of time. Leventhal examines these areas so that countries which may need to counter future Iraqi propaganda and disinformation will have a complete picture of the gambits they may face in the future and the methods necessary to effectively counter them.