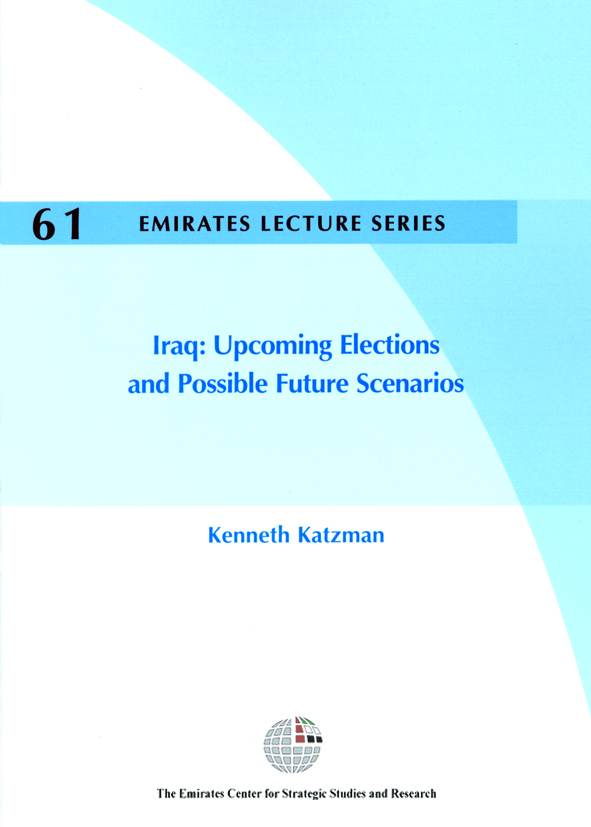 US policy in Iraq is facing serious difficulty, which raises doubts about how the country will evolve politically after the planned January 30, 2005 national elections. Insurgency and instability are raging despite continuous US and coalition counter-insurgency operations and substantial high-level US efforts to promote stability and political transition. Beyond assessing the January 2005 elections, a useful tool for evaluating Iraq's future is to examine alternative post-election scenarios and possibilities.

One such scenario is that of a "puppet government"—a government that has a questionable legitimacy, ruling in the capital or within limited areas of the country, with the backing of a superpower or other powerful foreign army. The "puppet government" model gives an accurate depiction of what we now observe in Iraq. Since the interim government was not elected or selected through a national process, its legitimacy has been questioned by many Iraqis. The observable facts suggest that the government would not survive after a withdrawal of US-led forces, and Iraqi security forces have shown virtually no ability to defend themselves or any key targets.

Another possible outcome is described by the "strongman model," which would take the form of a one-man or one-party rule which is heavily dependent on repressive security measures to preserve order. This could occur if there were to be a military victory by the Sunni insurgents. However, this is highly unlikely, because the Sunnis are greatly outnumbered by the Shiite majority. Therefore, as long as coalition forces remain in Iraq the insurgents are unlikely to defeat their opponents militarily and reconstitute a strong Sunni-dominated dictatorship.

Some observers have referred to a "failed state" in Iraq as being more threatening to US interests than a strong state. In the failed state model, every major Iraqi faction could be fighting against virtually every other faction, as well as against the central government. However, this model is not the most likely scenario, because it is difficult to envision how any Iraqi government could collapse outright as long as US forces were protecting it.

A further model which could emerge after the election is a "power sharing" compromise among the major factions. Achieving a post-election compromise appears to be the current goal of the Bush administration. If a power-sharing deal is comprehensive, inclusive, and accepted by all factions, the agreement could produce the stability and security that has eluded the US and its Iraqi partners since the fall of Saddam Hussein.