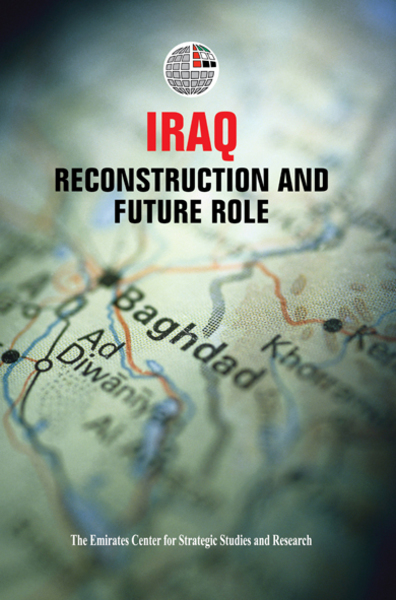 From a political, economic and social perspective, what happens in Iraq will have to be closely watched by the countries in the Gulf Region and the broader Middle East. If Iraq becomes a stable, prosperous democracy, it could potentially exert a powerful and positive influence upon the region. However, if Iraq descends into chaos, the consequences would most certainly be disastrous. It is evident that events in Iraq will impact its neighbors.

Internal security and stability are the sine qua non of Iraqi reconstruction. It is, however, contended that the need for specialist skills in basic infrastructure services, such as policing and machinery repair, supercede that of military armament. Only, security is a prerequisite to entice foreign capital, as in institutional stability and transparency. Meanwhile, sabotage continues to exacerbate the situation and delay reconstruction. Large oil companies have made it clear that they seek stabilization and a legitimate Iraqi government that has the mandate and longevity to sign long-term agreements. They also seek clarity on Iraqi fiscal plans. With the gradual opening of Iraq's oil industry, companies will be looking to Iraq to allocate funds. Thereby, competition should increase. Accordingly, OPEC will eventually need to revisit their strategy.

Sovereignty, legitimacy, authority, accountability, and Iraqi national interests are, thus far, only theories and aspirations. Short term tactical goals differ from long term strategic gains. It remains to be seen which and what will prevail. Of all the unknown, Iraq will presumably remain somewhat divided along sectarian lines. Shiite Islamist parties stand a very good chance of achieving political dominance in Iraq. Then again, the rule of law and civil society institutions may take root, setting a precedent. Thereby, two principal scenarios could unfold in the Gulf region. One may lead to a peaceful environment of cooperation and progress, which would foster a reduction in regional defense expenditures and a greater focus on trade and economic development. Another scenario would be a continued environment of insecurity and tension. This hinges mainly upon the decision whether Iran opts to develop a nuclear weapons program. This would likely draw the Gulf states towards further military mobilization and escalation. In this event, Iraq may eventually build a huge modern army and attempt to acquire a nuclear capability of its own.