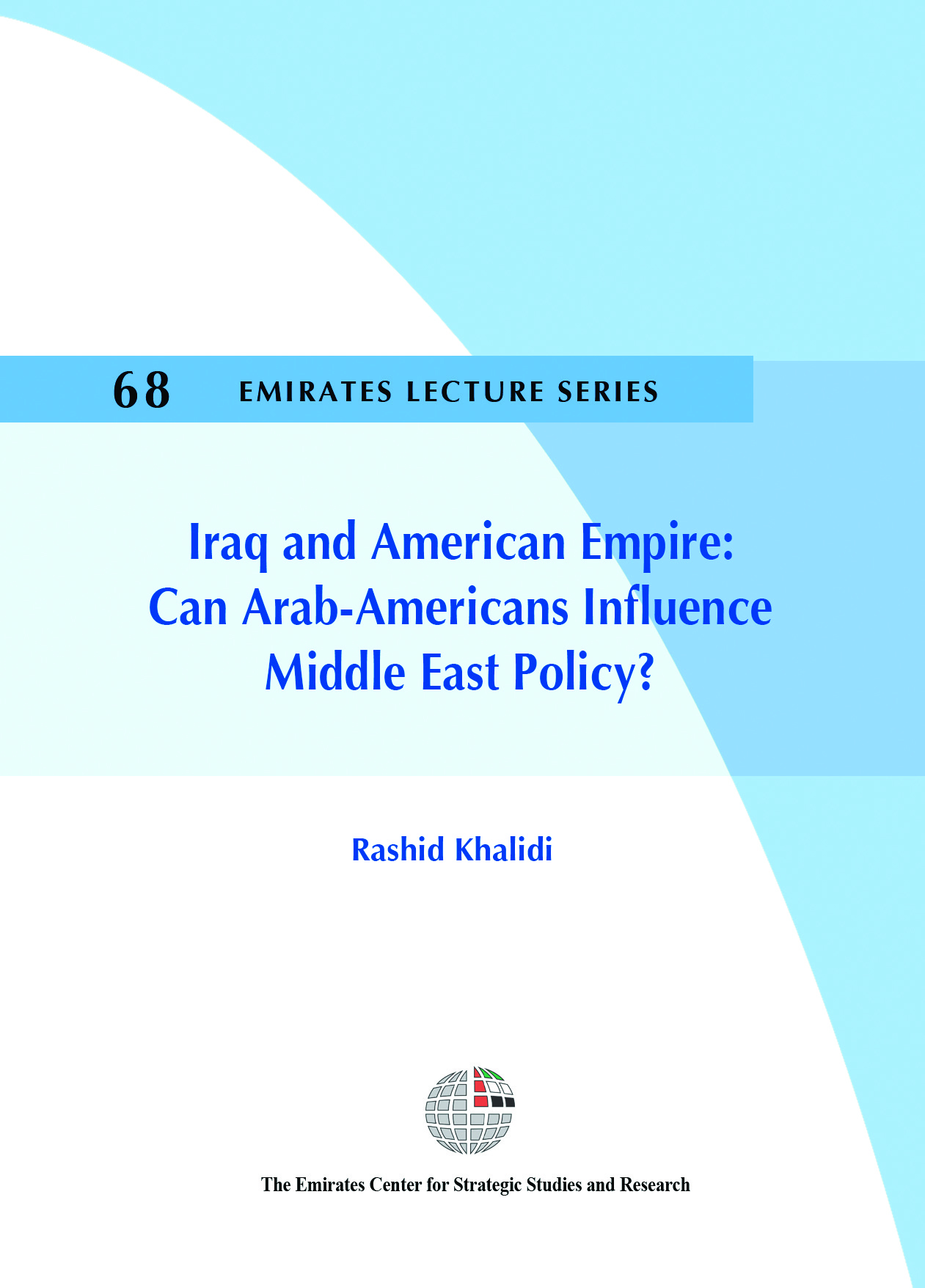 As a result of the failure of the Bush administration to meet its own goals in Iraq, a debate is finally possible in the United States not only about the rights and wrongs of the Iraq War, but also on what the US role in the world should be, and how long the new American hegemony in the world can be reconciled with respect for international law and democracy and civil liberties in the United States. This debate will take place among US citizens, as it should, but it is a debate from which Arab-Americans are largely absent.

To understand the limits of the political influence of Arab-Americans it is essential to understand how poorly assimilated into American society many are. Many of them still do not speak English well; indeed some do not speak any English at all. Many are not citizens, are not registered to vote and have never contributed money to political campaigns. This is understandable, since many of them, especially those who are older, did not grow up in the United States, were not educated in American schools, and do not understand how the American political or legal systems work. They come from authoritarian systems, where the state is regarded with suspicion and fear, and where politics is often dangerous. Many inhabit predominantly Arab communities isolated from the larger society around them.

It is impossible to predict how soon there may be an increase in the minimal political influence of Arab-Americans at the national level in the United States, but it will happen sooner or later. When it does happen it will change the way that US domestic politics relates to foreign policy issues.

This process will be hampered, however, as long as those Arab countries with great wealth continue to do little to ameliorate the situation of misunderstanding and ignorance of the realities of the Arab world in the West. This ignorance can only be changed by profound self-driven progressive changes in governance in the Arab countries; and by serious efforts to foster education about the Arab world in the United States. Any increase in the influence of Arab-Americans in US society and politics will be retarded as long as the Arab world is blighted by widespread state repression and an absence of democracy.