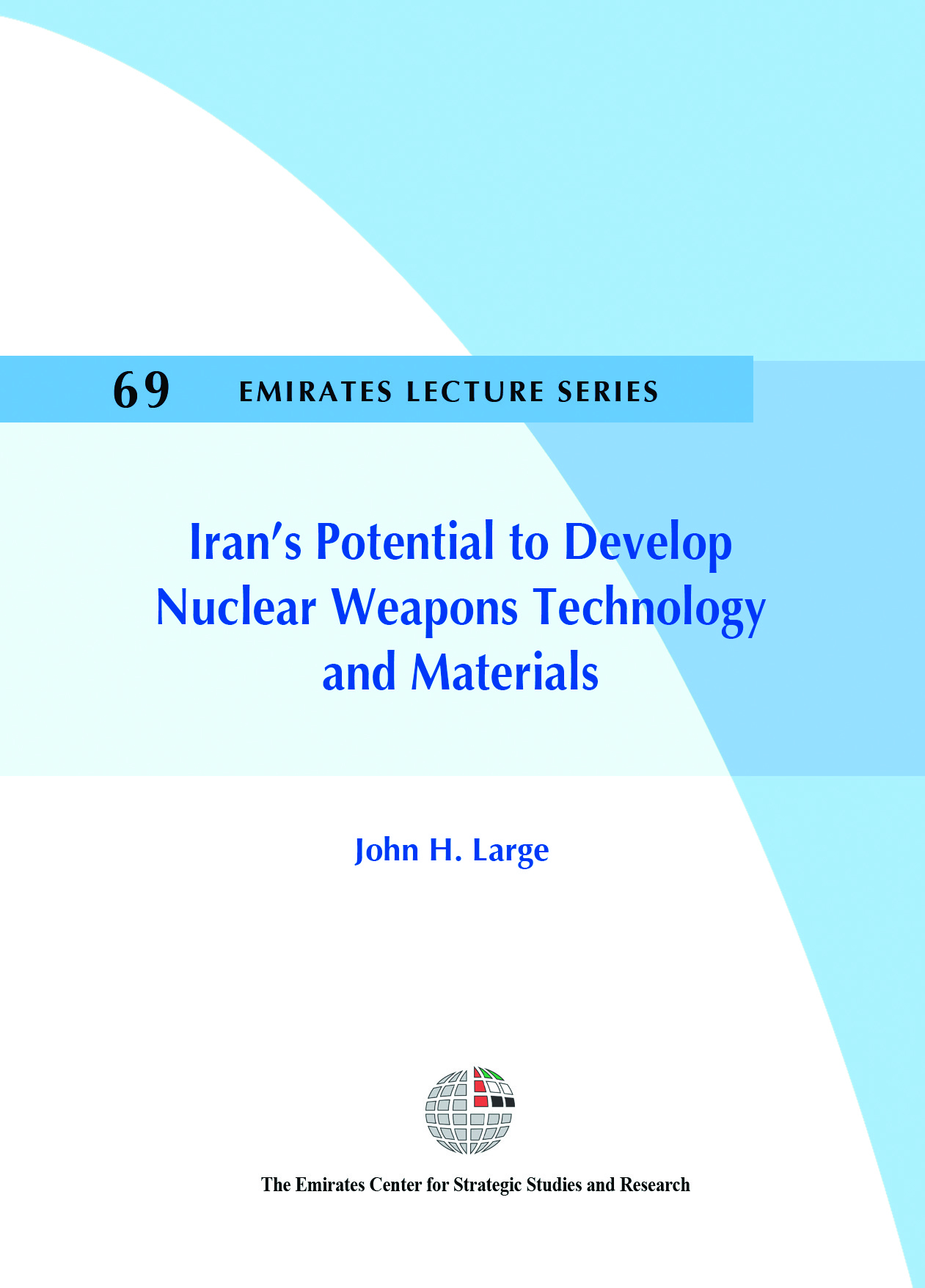 A nuclear warhead may take the form of an atomic fission device (the atomic or A-Bomb) or a hydrogen fusion device (the thermonuclear or H-Bomb). The fission warhead achieves nuclear detonation by either firing together (gun type) or uniformly compressing (implosion type) a core of fissile material. This fissile material comprises either highly enriched uranium (HEU) or a core of plutonium metal.

After the 1979 Revolution, Iran faltered along an uncertain route to recover its fledgling nuclear development program, although by the mid-1980s a distinctive pattern had begun to emerge. This pattern has been organized by the Atomic Energy Organization of Iran (AEOI), and includes uranium conversion and fuel fabrication at Esfahan; uranium enrichment at Natanz; operational research reactor facilities in Tehran; and a recently commissioned heavy water plant at Arak in preparation for the natural uranium fuelled, heavy water reactor now under construction.

The self-evident conclusion to be drawn from the IAEA’s assertions about uranium enrichment to very high levels is that Iran is progressing towards a nuclear arsenal of gun-type, HEU-cored geometry. However, during the last five or so years, Iran’s nuclear program has diversified to include a capability to produce sufficient heavy water moderator for the 40 MWt research and development reactor (IR-40) now under construction at Arak and due for commissioning in 2010–2012. This reactor would enable Iran – like North Korea – to venture along the route of acquiring a plutonium-cored nuclear weapons arsenal.

All of the evidence suggests that Iran now has sufficient confidence in its knowledge of warhead design – both gun and implosion types – to move forward and acquire the necessary fissile materials for their construction.

A military strike or a severe accident at Bushehr could result in the dispersal of a radioactive plume downwind, which could require rapid implementation of population protection measures (sheltering and evacuation); restrictions applied to the distribution of food; closure of water desalination plants; and interim-term decontamination of tracts of land and the built-environment, in part or throughout the territory of the United Arab Emirates.