ECSSR PublicationsIran's Nuclear Program: Security Implications for the UAE and the Gulf Region
﻿ 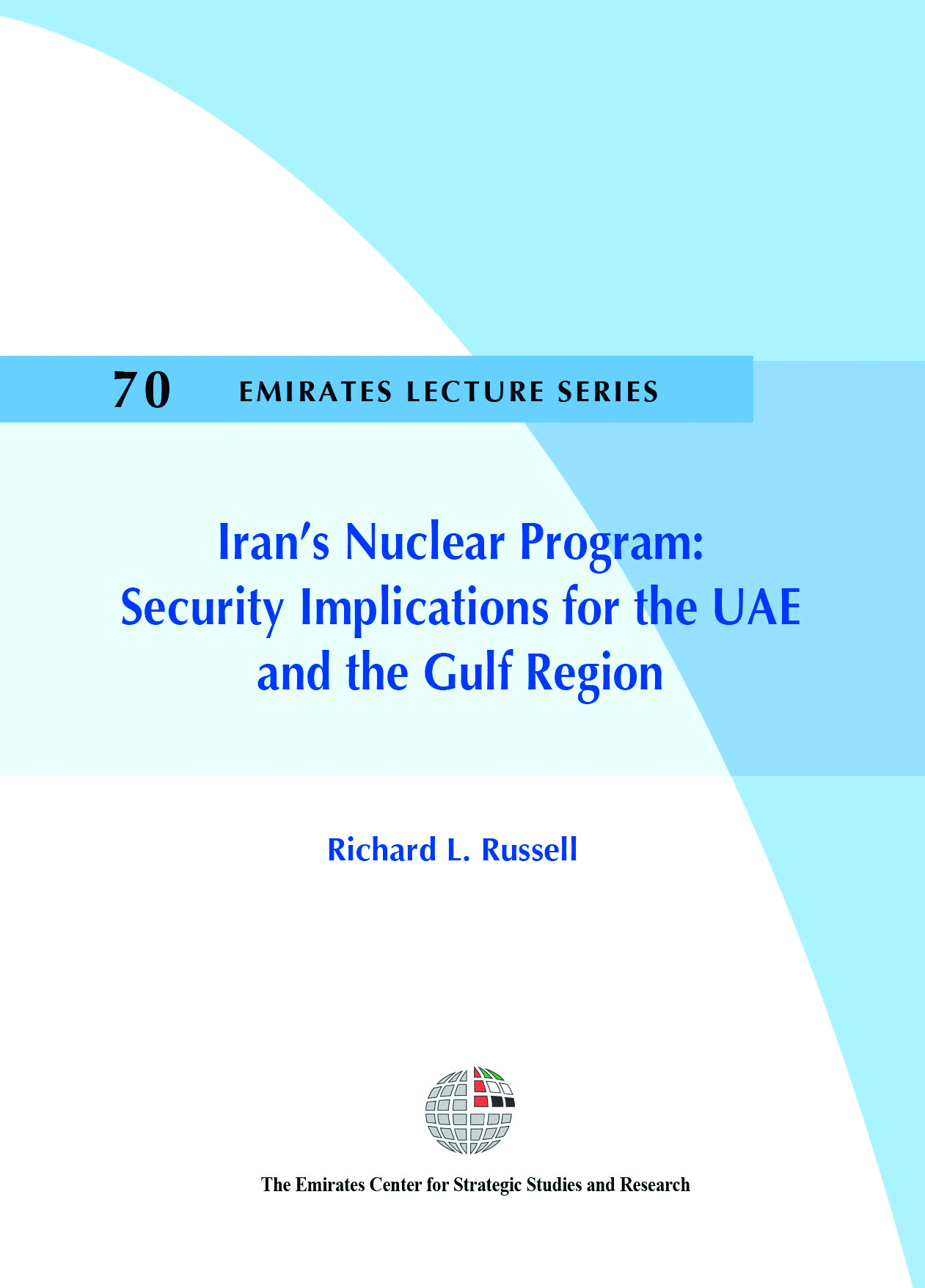 Iran's Nuclear Program: Security Implications for the UAE and the Gulf Region

Diplomatic efforts to persuade Iran to end its uranium enrichment activities appear to have been ineffective. Tehran wants to press ahead with its nuclear program but not so rashly as to blatantly show its nuclear weapons aspirations and therefore attract forceful international intervention. Instead, Tehran is concealing those aspirations in a cloud of ambiguity by claiming that its nuclear activities are merely for the production of civilian electrical power. All the while, Tehran is probably hiding a military component to its nuclear activities.

US military planners might argue that Iran would never be able to threaten or use its nuclear weapons against US forces because the United States would retaliate in kind with devastating consequences. But the Iranians, for their part, might reason that the Americans, who take measures to minimize civilian casualties in war, would be self-deterred from nuclear retaliation because of the untold Iranian civilian casualties that would result from a nuclear strike on Iran.

If the likes of Iran, Saudi Arabia and Egypt were to eventually become nuclear-armed powers all within the narrow geographic confines of the Middle East region, they would be sitting on "hair triggers" and be under strong incentives to "use them or loose them" and to fire nuclear-armed ballistic missiles in a crisis. Many states in the Middle East have little geography and time in which to hide their leaderships from enemy attack. In a volatile region prone to crises, Middle East leaders would be under enormous psychological and emotional duress to launch their nukes first at an adversary's capital to physically decapitate its leadership and to eliminate the chances of retaliatory nuclear strikes. The "use or lose" mindset would permeate the Middle East and cause millions of innocent civilians to teeter on the brink of extinction. This picture of doom and gloom underscores the critical importance of sparing no effort today to head off the prospect of a nuclear-armed Iran.