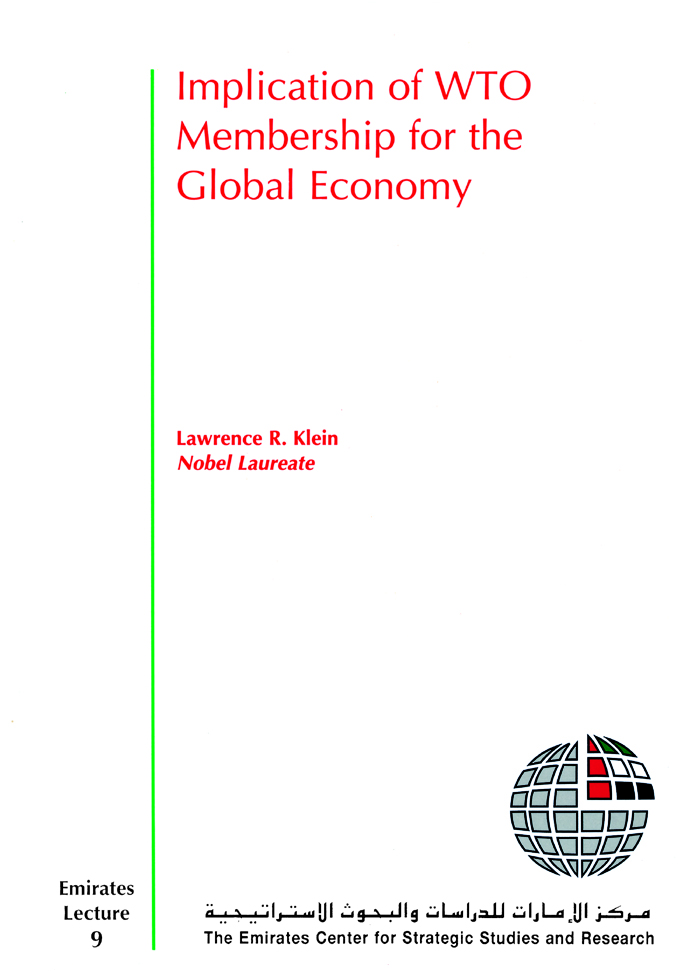 Implication of WTO Membership for the Global Economy

This paper opens with an historical analysis of free trade which covers the eras of liberal international economic regimes: the Pax Britannica of free trade; the classical Gold Standard of the mid- to late-nineteenth century; and the Pax Americana of the Bretton Woods system 1945-71. Klein moves on to discuss how the 1990s constitute a transition period that differs in many respects from the working of the world economy of the 1970s. Some of the post "golden era" developments highlighted in this paper include:

1. The emergence of the East Asia Miracle of export-led growth.
2. The formation of regional associations for the trade and other forms of economic interchange.
3. The appearance of rapid technological change in production and especially in the working of the global financial system.
4. The harnessing of inflation through monetary restraint.
5. The rise of services (non-merchandise) components of international trade.
6. The end of the Cold War and the creation of the World Trade Organization (WTO).

Klein discusses the WTO, its role in monitoring the functioning of the world trade system and the implementation of the decisions taken during the GATT Uruguay Round. In Klein's opinion, particular areas of concern for the WTO may well involve the environment, labor markets and tariff rates. Klein concludes with an analysis of intensified globalism, further regional economic alliances and rapid technical change, and their impact on the UAE economy.