ECSSR PublicationsHuman Security: The Role of the Private Sector in Promoting the Security of Individuals
﻿ 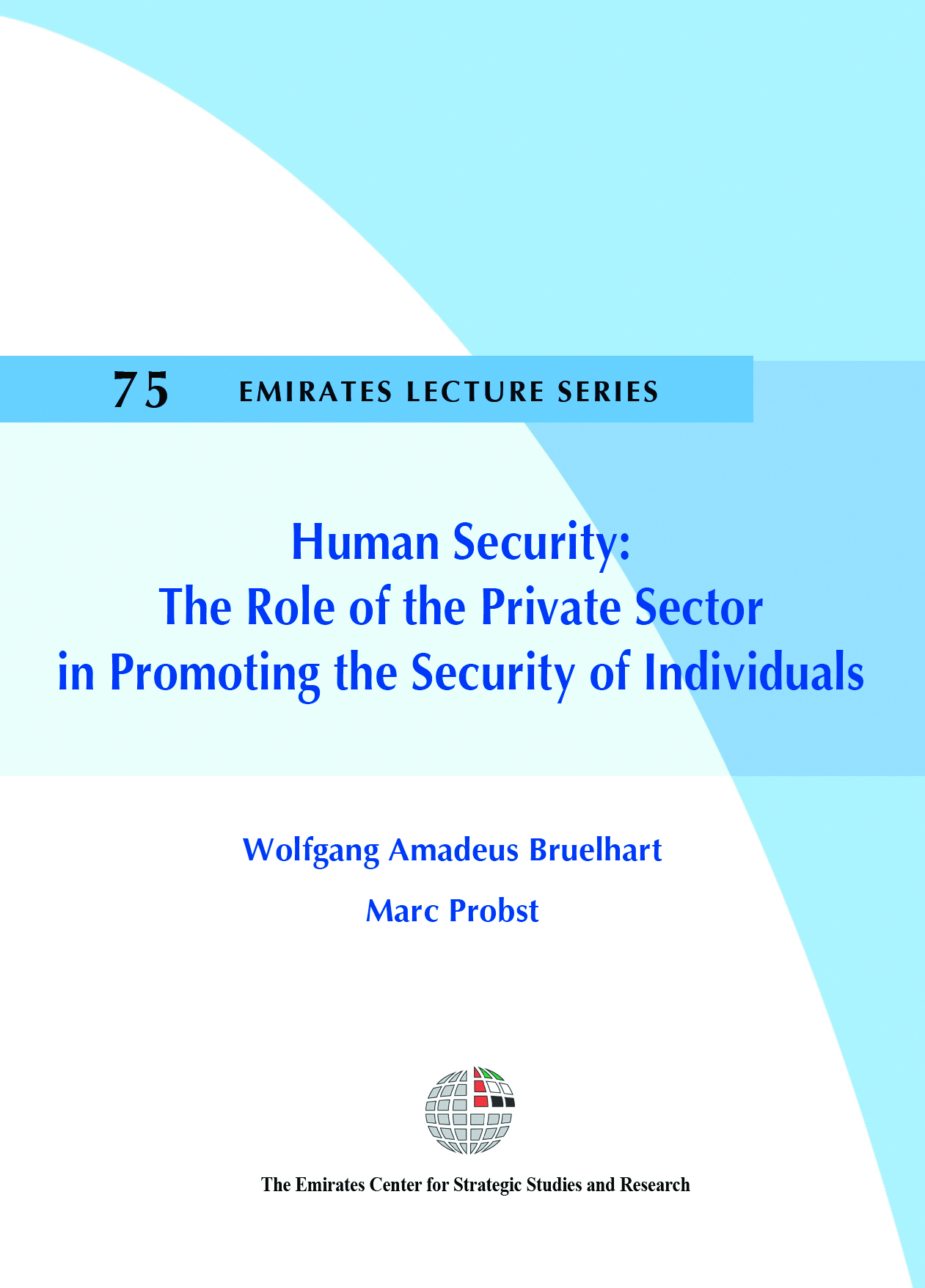 Human Security: The Role of the Private Sector in Promoting the Security of Individuals

Today, the number of armed conflicts worldwide has dropped, the number of refugees has declined and human rights violations are reported to be less frequent than during the 1990s. Does this mean that the world has become more peaceful? Not necessarily. It is a fact that 18 percent of the world’s population still lives on less than US$1 per day, atrocious inter-state conflicts are raging across the world, and many problems do not stop at national borders.

Most conflicts have an economic dimension. It is also a fact that more and more conflicts are solved through mediation and negotiation. It is therefore important to highlight the influence of companies regarding conflict, the link between economic factors and mediation, and the role of companies in mediation processes.

A stable environment is an essential requirement for business activity. Human security helps to create stability. Poverty, under-development and discrimination, on the other hand, create a breeding ground for violent conflict. The areas of activity for political actors seeking to promote human security generally, as well as promote human security through companies, are different. However, the primary goals are the same—stability and security as the prerequisites for economic success and human security. To achieve these goals, it is necessary to assume responsibility and to look for new forms of cooperation.

Given the nature of today’s world order and of the existing challenges, a multi-layered cooperation approach between politics and civil society and, above all, between politics and business should be developed. Economic actors must realize that they have an influence on contemporary political events and thus have a responsibility for the creation of stability. Political actors, in turn, need to start accepting greater responsibility and acknowledge that foreign trade policy is not neutral and that they, therefore, need to find the correct balance between economic, social and ecological interests.

The private sector, besides maximizing profits, can make a major contribution towards improving human security. Although the “business case” for complying with human rights and for contributing to peace promotion has been made, the connection between ethical behavior and financial performance needs to be established. Although this field has not yet been explored in sufficient depth, studies show that there is no negative correlation between company responsibility and economic performance. The choice should be clear when confronted with the question: shall we simply make profits, or shall we make profits and create additional social benefits?