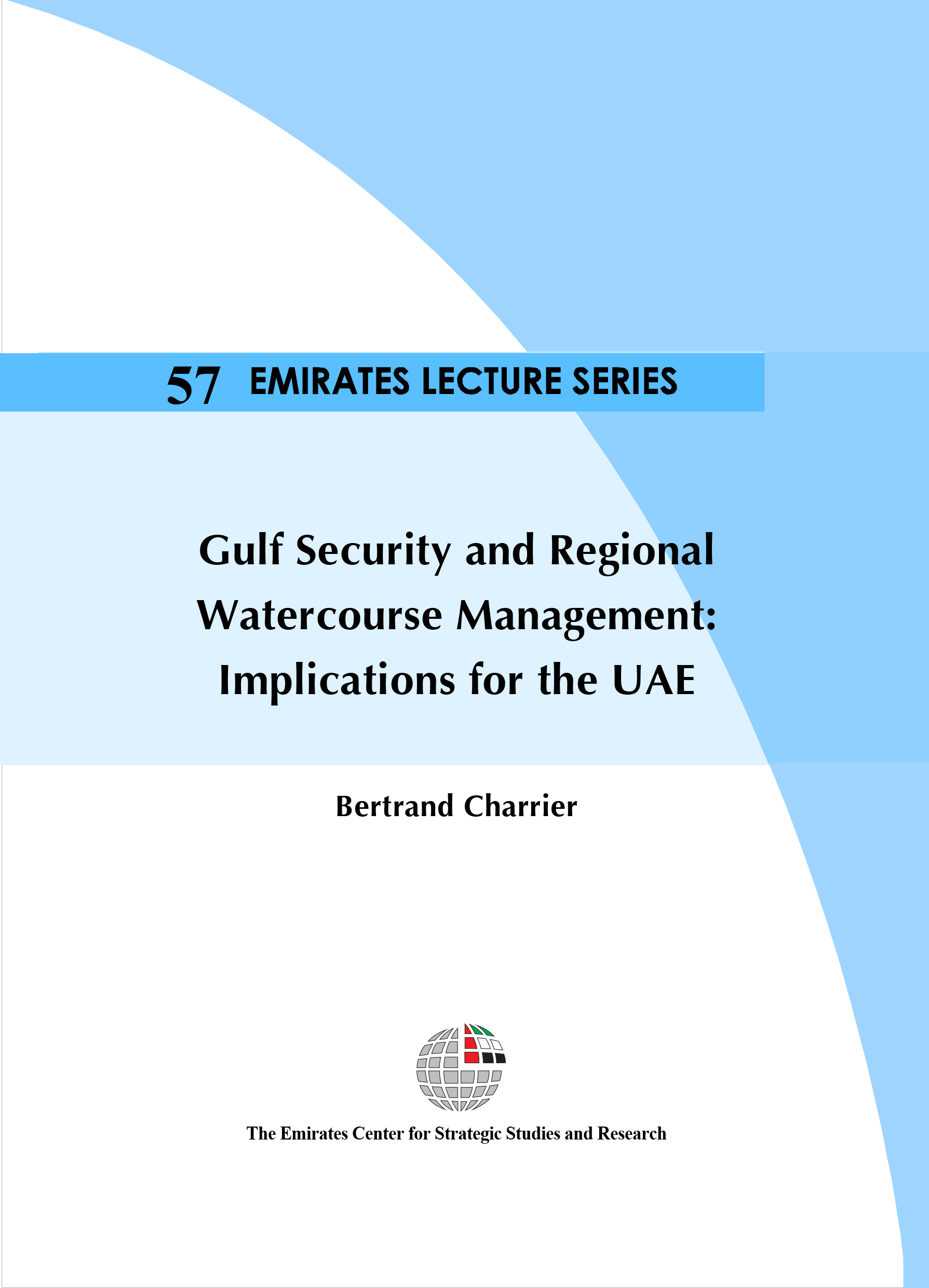 Gulf Security and Regional Watercourse Management: Implications for the UAE

Rivers and other water resources are one of the sources of life on the planet. As such, everybody should have access to water and such resources should be protected from conflicts and over-consumption. Many long-standing water-related disputes still remain unresolved, and the growing demand for finite freshwater resources heightens the risk of future conflicts developing. The need for integrated, cooperative solutions is particularly urgent in the 263 river basins that are shared by two or more states and in which nearly half the territory and population of the world is located. In the absence of strong institutions and agreements, changes within a basin can lead to conflict. When major water projects proceed without regional collaboration they can become a flash point, heightening tensions and regional instability, and requiring years or even decades to resolve.

This study tackles the information and reasons driving the GCC countries, particularly the UAE, to play an essential role as mediators and actors in facilitating the building of peace in the Middle East. In the Gulf region, the surface water and groundwater issue is gradually turning into a cause of tension and conflict, and possibly even wars. It is imperative not to ignore the need to establish forms of management that are sustainable in the short, medium and long term. Therefore, political decision makers should treat this highly critical issue as soon as possible, and effectively address the issue of water management for trans-boundary water bodies and thus avoid potential conflict.