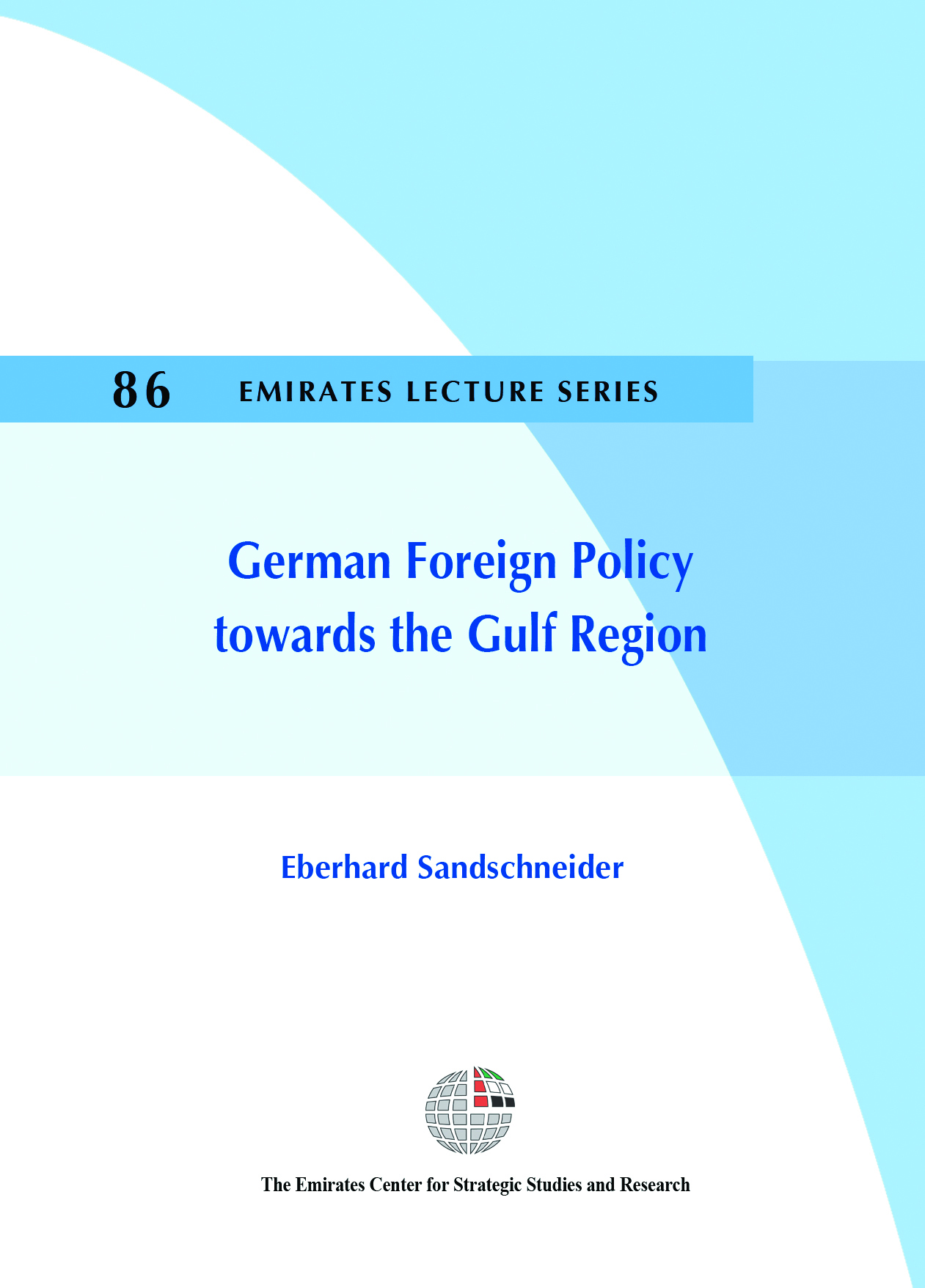 In order to understand Germany’s foreign policy towards the Gulf Region it is necessary to keep in mind that among all of its major institutions, political parties and foreign policy actors there is a broad consensus on a set of parameters best defined within three imperatives: “never again” (referring to historical legacies, especially the Holocaust); “never alone” (referring to multilateral approaches predominantly within a European Union [EU] and transatlantic context); and “with peaceful means only” (referring to Germany’s role model as a civilian power). All major political actors agree that this is the basis of German foreign policy in any part of the world, and certainly in the most sensitive area of the Greater Middle East.

Furthermore, it is necessary to keep in mind that historical legacies – in particular German policies towards Israel – do play a predominant role and will probably continue to do so in the foreseeable future. In practical terms, however, there is no comprehensive policy towards the Greater Middle East. German foreign policy itself is divided into different approaches between the Maghreb, the Mashreq, and the Gulf region and it is, of course, implemented with the help of EU coordination whenever possible.

Widespread reluctance to develop initiatives and approaches beyond a European context allow for a simple characterization—Germany’s foreign policy towards the Greater Middle East is still dominated by economic interest and only in very rare aspects by security or strategic considerations. From a general perspective, its lack of a coordinated strategic approach characterizes one of the central weaknesses of Germany’s foreign policy, which has become increasingly global over the last few years and should concentrate on developing a strategy specifically adapted to the needs of the region. However, expectations that such a policy will be eventually implemented can hardly be based on optimism. Germany’s Gulf region policy will continue to be dominated by historical legacies; a clearly felt partnership with (in less positive words, ‘dependency on’) the United States; Germany’s consolidation in EU integration; and by a preoccupation with economic issues (the debate about Iran’s nuclear program being the only marked exception). This paper explores legacies and parameters of German and EU policies towards the Arabian Gulf region and discusses necessary changes in order to expand mutual cooperation.