ECSSR PublicationsGeopolitics of Deception: Media, Framing, and War by Other Means
﻿ 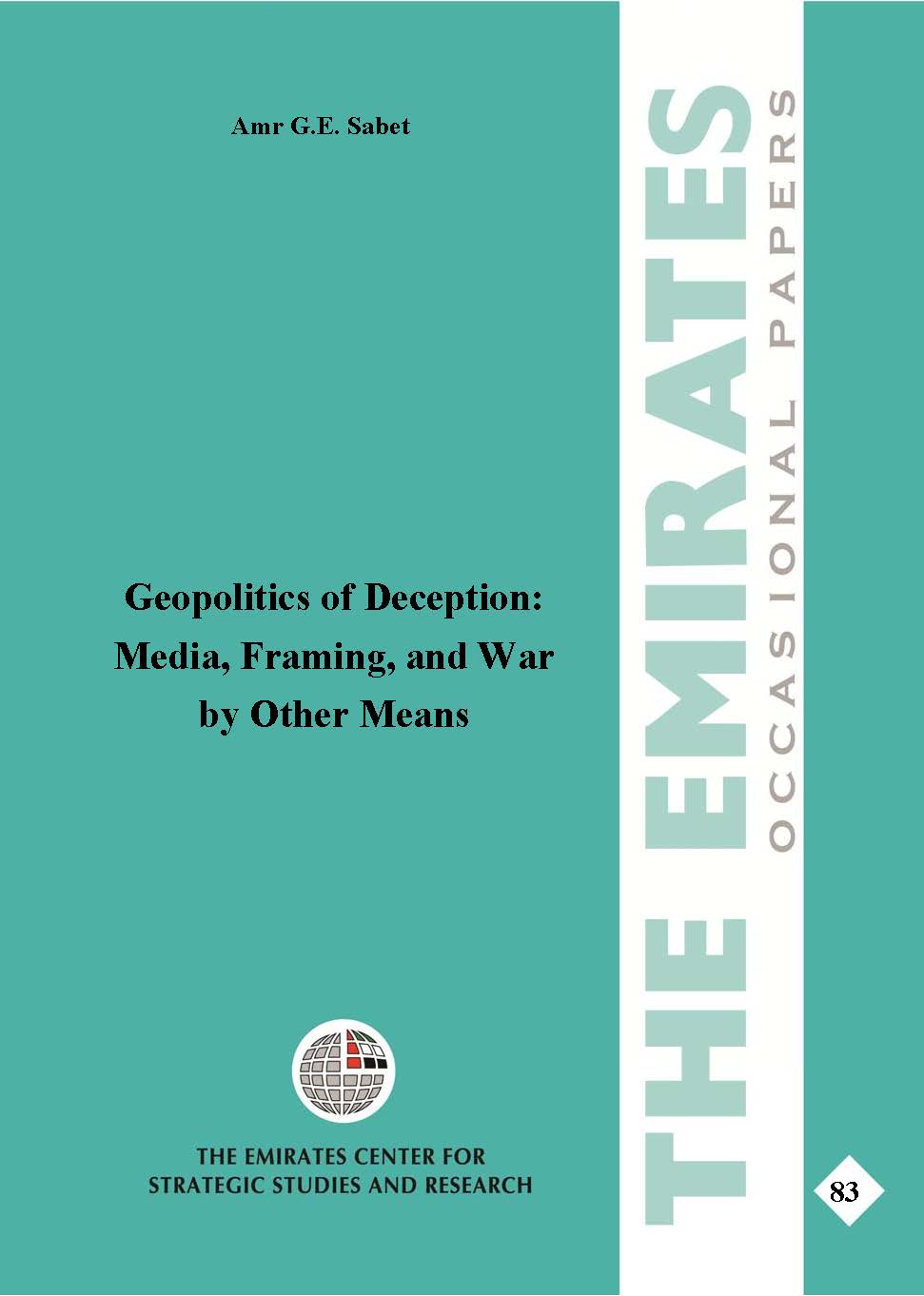 Geopolitics of Deception: Media, Framing, and War by Other Means

Framing constitutes 'strategic action' that integrates 'discursive, political and sociological sub-processes' in order 'to achieve political potency' to be translated into strategic pay-offs. Media constructs frames that guide individuals, groups or collectives (state, society, social movements or other) to serve, if not willingly then at least unconsciously, the interests and purposes of potentially adversarial actors; thus inadvertently succumbing to their will. A make-believe world, so to speak, that creates a virtual reality in which individuals, groups or collectivities, are acted upon as mere objects, rather than being allowed to act as determining subjects. Potency is achieved when through foreign or adversarial media and mediatized outlets, people in societies do not define their own situation but in fact have the situation defined and interpreted for them. Then their own actions and their consequences become in reality produced and controlled by actors other than themselves. This methodology of framing and identity reconstruction contributes to identifying “the action system of the collective actor and the ways the different components of its action are kept together and translated in visible mobilization.”

Frames thus entrap, causing psychological and strategic dislocation which springs from the sense of being trapped. They involve social engineering, indirectly implemented, in the service of hegemony and control. Clusters of concepts or a language, that carry “family resemblance” such as, media, mediatization, soft power, simulation, feigning, social movements, virtuality, indirect approach, propaganda, among others, contribute to the sense of being trapped. As framing devices they merge soft and hard power, aiming at instilling a sense of being defeated, or of being inevitably so in an adversary’s mental and psychological structure, reducing the need for direct, high intensity warfare to a minimum. Together with the cluster of family concepts, they combine into being instruments of high politics and actual vehicles of war, even if in an indirect way and as an indirect approach. For “the profoundest truth of war,” as Liddell Hart had put it, “is that the issue of battle is usually decided in the minds of the opposing commanders, not in the bodies of their men.” In this sense, if war is politics by other means, as Carl von Clausewitz had argued, media has increasingly become war by other means.