ECSSR PublicationsFrom Militants to Politicians: Atavist Islam and the Concept of ‘Democratic Peace’
﻿ 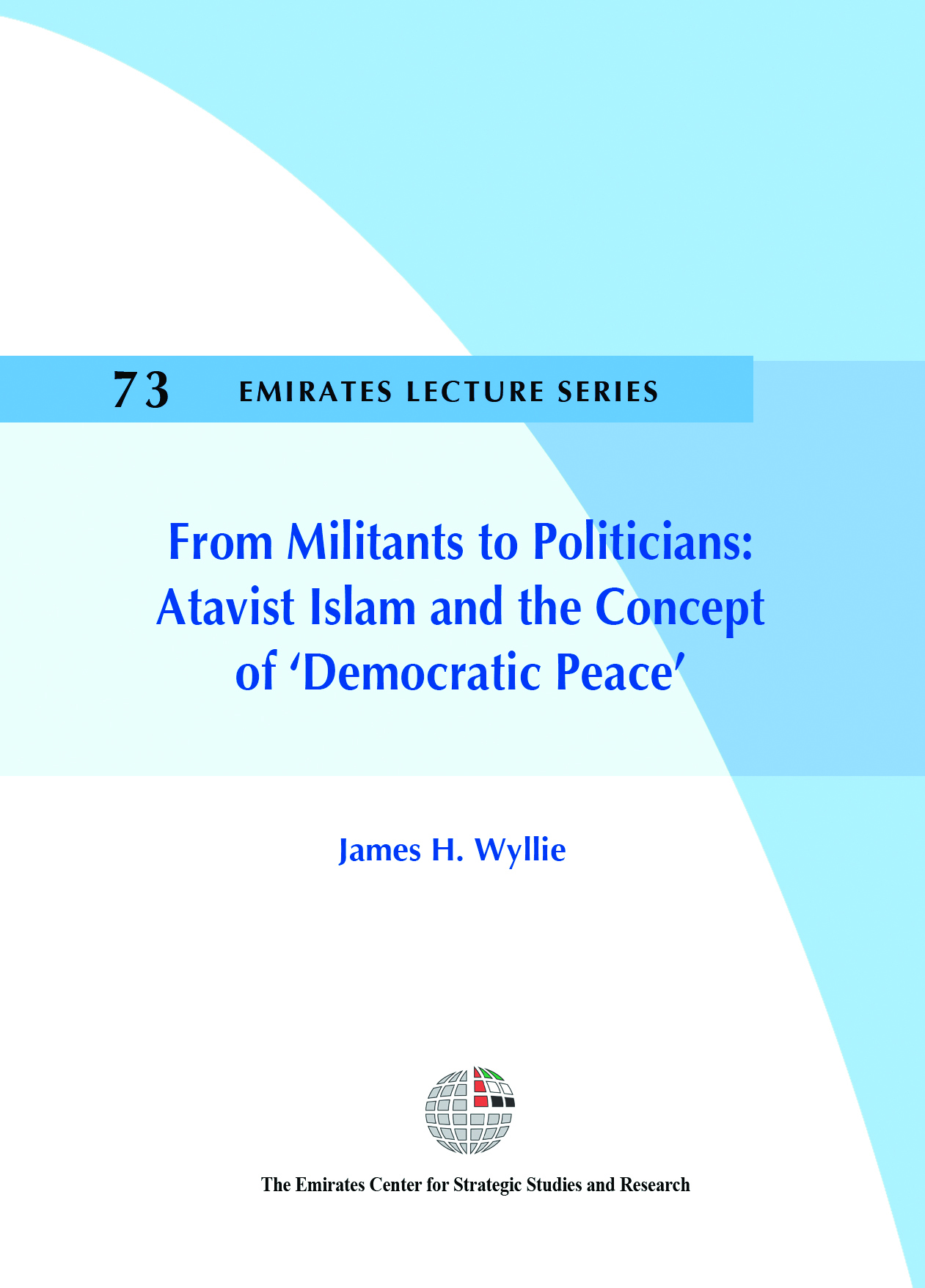 From Militants to Politicians: Atavist Islam and the Concept of ‘Democratic Peace’

The viability of countering Middle East terrorism by inducting extremist movements into mainstream political processes has become a contentious issue, and one high on the international security agenda.

Since the early 1990s the radical, Shiite movement Hezbollah (Party of God) and, more recently, the radical Sunni, Islamist Palestinian movement Hamas, have claimed the status of normal political actors, not least good democrats. Proponents of so-called ‘mainstreaming’ argue that such behavior should be encouraged, regardless of some continuing bad behavior. Normal politics obliges the militant group to address the interests of a variety of people in the community and, if concerns are not met, then the militants will find their influence and reputation diminished. Does an examination of the character and behavior of these actors give any encouragement to the hope that, regardless of the atavist ideological posture embedded in the world view described above, such militants can become politicians?

The cases of Hezbollah and Hamas, however, are very discouraging. At least in the short to medium term, there must be grave suspicions that the democratic process, and what is deemed ‘normal political behavior,’ is being exploited pragmatically to advance an essentially Salafist agenda. The extant political cultures and, even more importantly, the balances of military power in favor of the state, do not exist in enough depth in Lebanon and the Palestinian Territories to tempt and encourage crucial elements of Islamist movements to assimilate into the democratic process.

Orthodox counter-insurgency/terrorist strategies, at least as pursued by Western states, must be adapted. Unremitting and focused repression against the extremists should be pursued and given equal prominence with the political elements of the strategy. The destruction of those atavist actors with whom no compromise is possible cannot be avoided, while every political effort should be made to nurture the active political elements of the Islamic communities which reject the Salafist agenda. Simultaneously, a massive program of education and counter-propaganda, targeting the mass of peaceful people in the Middle East, needs to take place. This will more accurately cast Islam in its modern, progressive light, and also paint a more attractive, accurate and comfortable picture of Western culture.

In December 2006 the new US joint army and marines field manual was released. The manual makes it clear that Washington now understands that insurgencies are “protracted by nature” and that the United States and its allies must show the “ability, stamina and will to win.” When convinced of their value, Western democracies are actually very good at sustaining long campaigns until insurgencies run out of energy. In the Gulf region, much will depend not only on the staying power of the United States and the UK, but also on the clear support demonstrated by the local progressive, reforming governments.