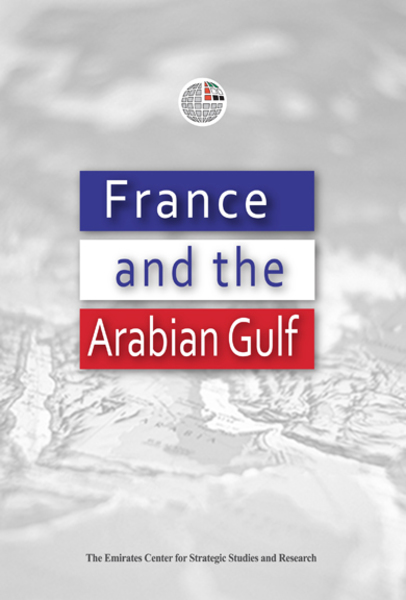 France and the Arabian Gulf

France has had a long-standing and historically significant relationship with the Arab World. This relationship is bolstered by the growing volume of bilateral trade between France and the GCC states.

From the French perspective, the Gulf states are major partners and interlocutors, hence political dialogue remains intense at all levels. Interpersonal relations remain positive, being rooted in friendship and confidence. Furthermore, France and the Gulf states hold convergent positions on almost all regional issues.

There are growing commercial flows between the GCC states and France, which mainly imports oil and gas from these states. However, a more stable partnership can be established through investment. To encourage this, a legal framework is imperative to ensure the security of assets and fair returns on investments.

French security commitments manifest themselves in three ways: through support in the fight against terrorism, contributions to the defense capacities of the GCC countries and a willingness to participate in a collective system to safeguard Gulf security.

Since 1995, France has entered into defense agreements with Kuwait, Qatar and the UAE, and carefully monitors their implementation.

Every Middle Eastern conflict is approached by France in a different way, based on the international situation and its past relations with the countries involved. Sometimes France opts to work on a bilateral basis (such as in Lebanon and Iraq), and sometimes within a multilateral framework. Nevertheless there are common attitudes and enduring principles that guide French engagement in the Middle East.

French military cooperation in the GCC states is most developed with the UAE, followed by Qatar. Defense agreements concluded between France and these two Gulf states commit France to the defense of their sovereignty. In addition, regular high level military exercises and strategic exchanges take place via the joint military committees constituted under these bilateral defense agreements.

Defense cooperation with the UAE, boosted to a great extent by the Offset Program, has opened up new avenues for cooperation in other economic and strategic fields. Although bilateral defense cooperation reached its apogee in the 1990s and now faces serious competition from the United States, such cooperation allowed major French industries in sectors such as water, electricity, transportation and communications, as well as health and education to export their expertise and participate in the training of local companies.

The GCC has long sought to maintain and expand cooperative ties with the European Union (EU), which largely inspired its own model for regional integration.

The political will to enhance EU–GCC cooperation appears to be present on both sides and is based on the recognition of common interests. Reinforced cooperation between the European Union and the Gulf Cooperation Council is an important element in facilitating constructive exchanges on the stabilization of the Middle East, the resolution of crises and a reorientation towards a multi-polar world order.

Ultimately, bilateral French–Arab cooperation to defend their respective cultures must be preceded by close cultural relations between the parties and a spirit of equality, generosity and mutual desire.