ECSSR PublicationsForging a Partnership Between GCC and US Think Tanks
﻿ 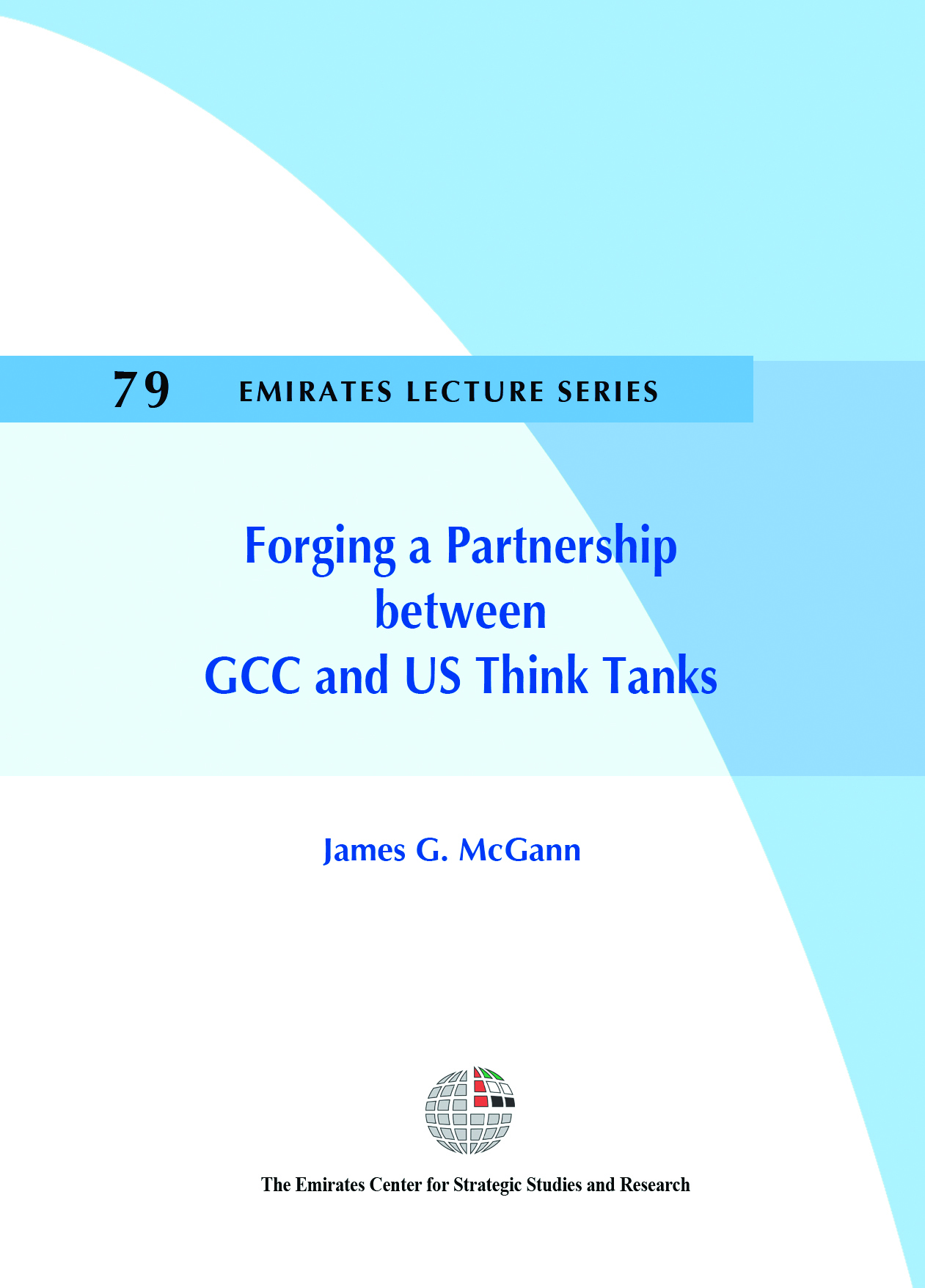 Forging a Partnership Between GCC and US Think Tanks

Think tanks in the MENA region still lag behind other regions in the world both in number, influence, and autonomy. Whereas think tanks in North America alone made over 14,000 media appearances in 2006, MENA think tanks made below 1,000 and had a dramatically lower number of web hits as well. In order to be truly effective and reach a broader audience, think tanks in the Middle East and North Africa will need to improve their modes of dissemination, increase their research capacities and provide the legal and political space for independent think tanks to operate. The research conducted by civil society organizations in the MENA region is nonetheless extremely pertinent and has the potential to affect domestic and international affairs.

While a number of Gulf think tanks have some formal or informal outreach programs and international partnership arrangements, the ECSSR seems to be an ideal site to initiate a GCC collaboration and for serving as a regional leader. The Center already has a strong regional outreach and presence, and hosts many scholars and policymakers from the region and the United States on a regular basis. It is a robust center for research and, should it be interested, it would be a logical place to be the catalyst institution for a regional and global initiative.

Our proposal emphasizes the need to create a regional think tank network in the GCC that would feed into a global partnership focusing on the United States and specifically the political sphere in Washington, DC. In reviewing the policy and trend analyses of think tanks in the GCC, a partnership appears to be a logical solution and is in line with the overall mission of greater regional integration and collaboration among the GCC states. Greater coordination among these leading think tanks will increase their legitimacy and diversify the outreach of each of these institutions, in addition to greatly furthering the development of each of these states and their civil societies. Moreover, a unified front – and eventual partnership with a US think tank – will increase individual capacities and abilities to achieve the long-term collective goals of the GCC states.