ECSSR PublicationsForeign Direct Investment in the UAE: Determinants and Recommendations
﻿ 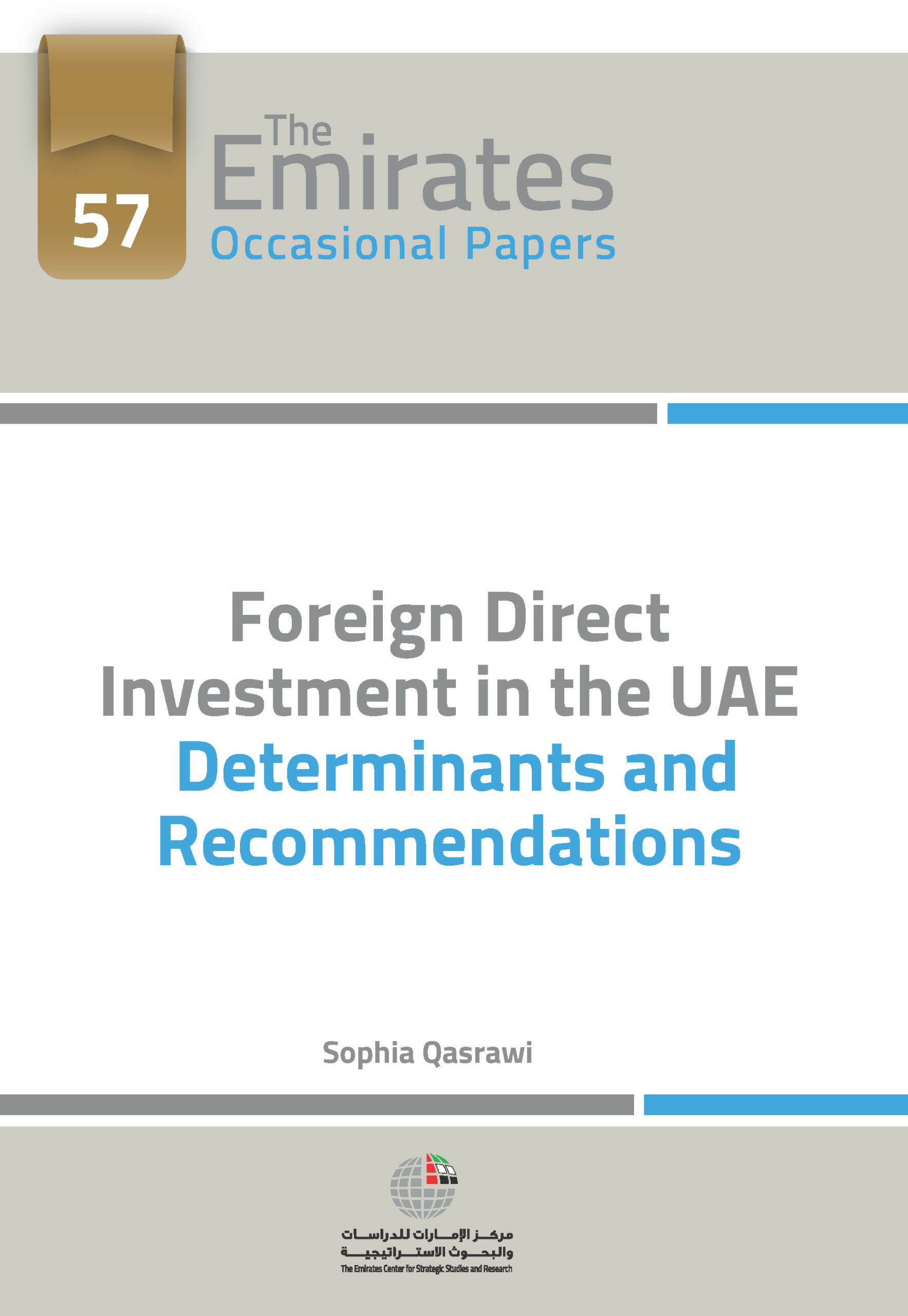 Foreign Direct Investment in the UAE: Determinants and Recommendations

Foreign Direct Investment (FDI) in a country can mean the difference between wealth or poverty, growth or stagnation. A survey of 101 Transnational Corporations operating in the United Arab Emirates (UAE) aimed to provide insight on the incentives for foreign investors to operate and invest in the UAE business environment.

The findings suggest that the main reasons for their decisions to invest are, in a decreasing order of importance, political stability in the UAE and telecommunications (92 percent), the availability of banking services (87 percent), no tax (83 percent), regional potentially profitable operations (77 percent), the fact that English is spoken widely, and 100 percent repatriation of profits (75 percent).

The main disincentives or barriers to FDI are perceived to be, in decreasing order of importance, the limitation of 49 percent ownership on foreign investors (69 percent), regulations on the foreign ownership of real estate (57 percent), the UAE's agency law (34 percent), government red tape (33 percent), and government charges and fees (21 percent). Views on these disincentives are less strongly held, ranging from 69 to 21 percent of all respondents. However, a growing interest by global companies to expand their investment beyond national frontiers is being constrained by the above-mentioned factors. Other barriers mentioned by the respondents were the ambiguity of labor law, which incurs potential costs for foreign investors, and the limitation of three-year work permits granted to professionals, which deprives the UAE economy of some well-qualified people. Most respondents thought that a combination of two or more factors, not any single factor, was important as a barrier or disincentive to FDI in the UAE.

The following proposed FDI policy for the UAE was developed: Certain industries are recommended for the UAE: fashion, water sport, filming, marine products, pharmaceutical subsidiaries, maintenance, transport, cargo, temporary storage, manufacturing of cosmetics, tourism and leisure, financial support services (e.g. rating agencies), health care, hospitals, universities, electronics, construction consultancies, process engineering and telecommunications. A part of the oil sector should be made more competitive by opening it to participation by UAE nationals and not only to the UAE's government.

The government should preferably also waive the 51 percent limitation on ownership for related foreign investment projects, subject to the number of UAE employees, training provided and type of project; impose a flat rate of five to eight percent corporate tax at a national level and abolish the UAE offshore and onshore system; encourage transparency in labor law; provide longer or permanent visa permits for qualified professionals and foreign investors in the sectors recommended above, based on capital flow, project type or qualifications; focus on developing the specialization in specific skills among UAE nationals in order to offset the lack of endowment in human capital; issue longer-term work permits for skilled labor and other required categories; impose restrictions on work permits for unskilled labor; create a short-term marketing strategy aimed at promoting the UAE as an investment destination; prioritize the involvement of local elements in the activity of firms to promote backward linkages; and promulgate an investment law to regulate the relationship between foreign investors and the government.