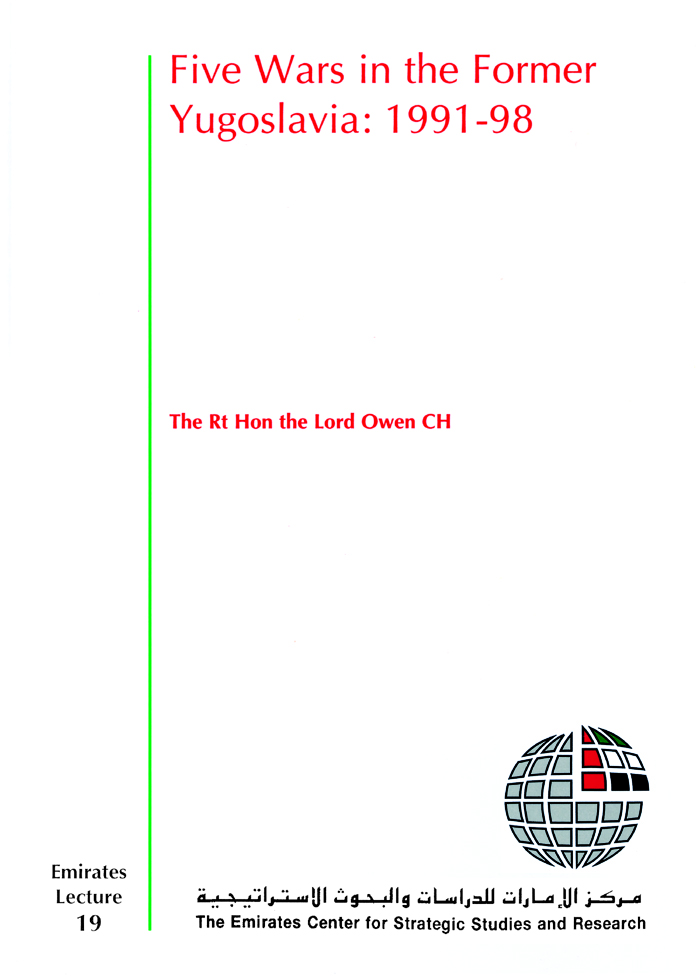 The death of Yugoslavia was the consequence of the death of Communism in 1989. The vacuum left by the authoritarian unifying forces was filled by a nationalist leader, and control of the state moved from one central authority to the Presidents of the different Yugoslav republics.
While at the outset in 1990, the US wanted to maintain the unity of the Yugoslav state, it was not prepared to take any action that would have stopped this process, e.g., preventing Croatia and Slovenia from declaring their independence.
Lord Owen describes the results of the US desire to be seen as a leader throughout the five wars in former Yugoslavia between 1991 and 1998 and its unwillingness to accept the risks and responsibilities that arise from the exercise of global leadership. He urges the formulation of intergovernmental cooperation among European states in order to support European common foreign and security policies with military clout.
.
AED
USD