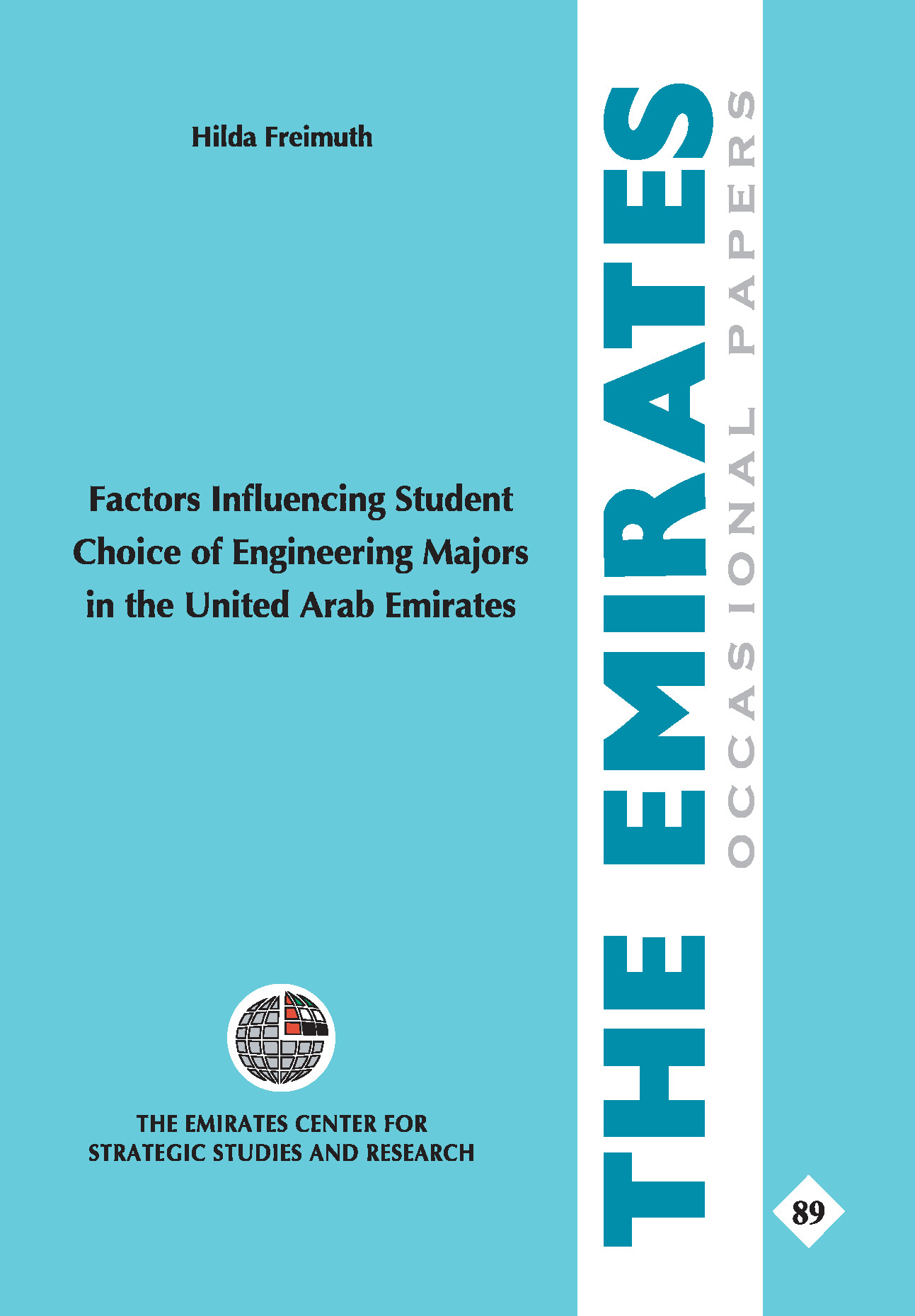 With a current lack of Emirati engineers in the United Arab Emirates (UAE), this study investigates what motivates Emirati students in their choice of majors. The study grew out of the researcher's personal experiences participating in Khalifa University of Science and Technology's entrance interviews. These interviews revealed that a significant number of students chose engineering for reasons not typically found in the West. To further investigate this phenomenon, a campus survey was conducted along with group interviews. This paper explores the development of education in the UAE, the reasons why students choose certain majors in the West, as well as examining student motivation in choosing engineering majors both in the West and in the UAE. A detailed discussion of the findings and their implications then follows.

The paper finds that, in contrast to the West, one's duty to nation and family was the most important factor in student choice. To increase the number of Emirati engineers, university campaigns might consider redirecting their focus to the wants, needs, and desires of the leadership of the nation. Emirati youth listen to, respect, and honor the leadership of their country and families, and harbor a sincere desire to help the nation in any way possible.