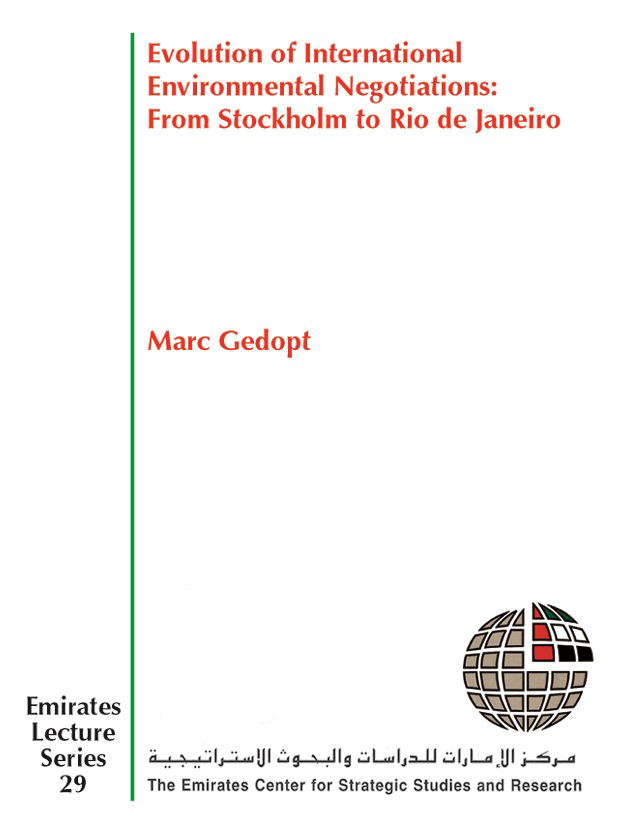 The two UN Conferences on the Environment in Stockholm (1972) and Rio de Janeiro (1992) may be viewed as the two poles in the evolution of environmental negotiations from a peripheral to a core issue in the international environment. The policy instruments used in this period reflect this transformation, ranging from actions to remedy existing problems to preventive action. International environmental conventions are more political instruments than legal obligations. The interests of individual states propel these treaties, while an absence of strong compliance regimes denotes the political nature of such accords. Most of these treaties are process-oriented, geared towards periodic review from their signatories. In addition, non-state actors play a major role in the process of issuing these accords. Provisions of the United Nations Framework Convention on Climate Change and its Kyoto Protocol provide a case study of this process. The aim of the this treaty is to clarify national commitment and create new economic mechanisms regarding the environment. However, the treaty is lacking on compliance issues, as the Sixth Conference of the Parties to the Convention (November 13-25, 2000) demonstrated.