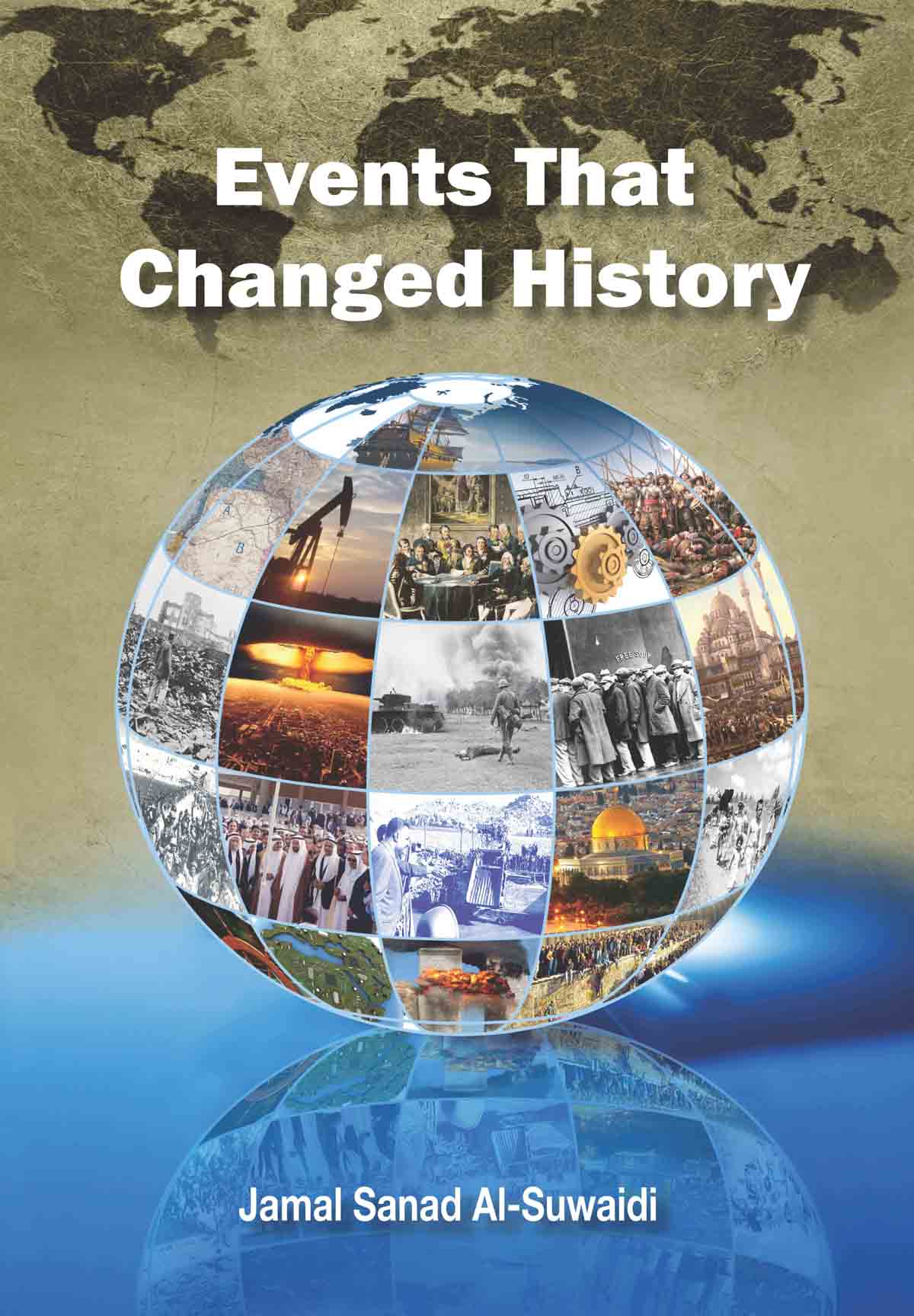 This book is the second part of a comprehensive academic and research project initiated by H.E. Prof. Jamal Sanad Al-Suwaidi. In the first part of the project, Eternal Imprints: Figures That Made History and Others That Changed the Future of Their Countries, first published in 2016, he wrote about personalities who achieved great accomplishments to influence their countries and the world. The second part of the project looks at historical events that triggered major shifts, both positive and negative, and changed the history of regions and countries, or humanity itself. In Events That Changed History, the author revisits events that made history from the perspective that history will never repeat itself. However, its events may share similarities. Therefore, a retrospective narrative of the past is in fact an attempt to better understand the present, and not a tendency to ponder on and seek refuge in the past.

The book examines twenty issues and events relevant to different periods of history, which fall within categories such as politics, the military, the economy and technology. Some of these events took place in the Arab region and others outside it. Not content with analyzing events of the distant past, the author also covers a wide range of events from recent times, including the establishment of the UAE Federation in December 1971, the October War of 1973, the building of Aswan High Dam in 1970 and the attacks of September 11, 2001. The book also reviews historical events in which the past, present and future interplay. These events are closely linked to the sweeping changes the contemporary world is witnessing, which have implications for the future.

This book is an invitation from an intellectual who is concerned with issues relevant to both his homeland and world; an invitation to comprehensively, and not selectively, re-read both our history and that of the world from an open and enlightened perspective, in order to narrate historical events the way they happened. It is our responsibility to help the new generation understand the past and present, and not to be an accomplice in deceiving and confusing them, which is a heinous historical crime that distorts awareness and poisons the mind.