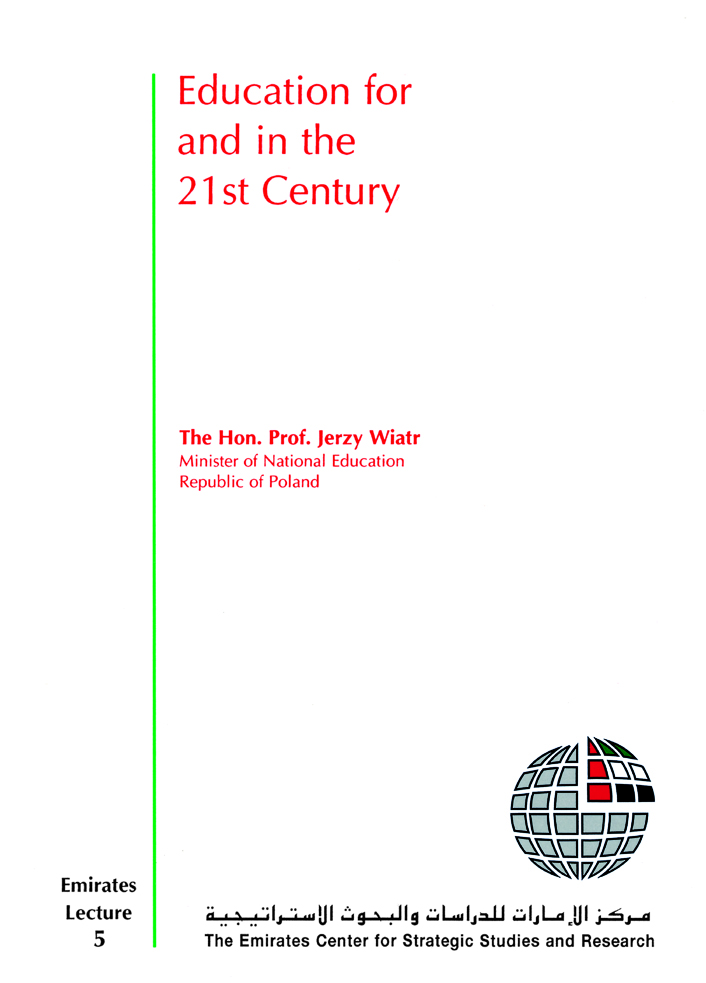 Education for and in the 21st Century

The twentieth century has produced enormous changes in education, including: the expansion of educational systems to regions of the world and sectors of society previously left without access to formal education; the expansion and changing role of higher education from a general system to a more specialized one; the internationalization of information and educational systems; the increased access to available information; and the widespread use of new technologies of data gathering and processing.
Wiatr points out that such changes have directly contributed to the creation of a more open and dynamic society, but they have also produced negative consequences. Indeed, he believes that too much information has resulted in school curricula being overloaded and that specialization has resulted in the narrowing of intellectual perspectives.
Wiatr argues that it has become clear to education theorists and practitioners that more than cosmetic changes are required. Wiatr puts forward the following suggestions: education should focus on personality building rather than on the simple assimilation of factual information for regurgitation in examinations; education needs to be general; and that it must become more international, with a stronger emphasis placed on student and teacher mobility.
.
AED
USD