ECSSR PublicationsDiscovery of Israel's Gas Fields and their Geopolitical Implications
﻿ 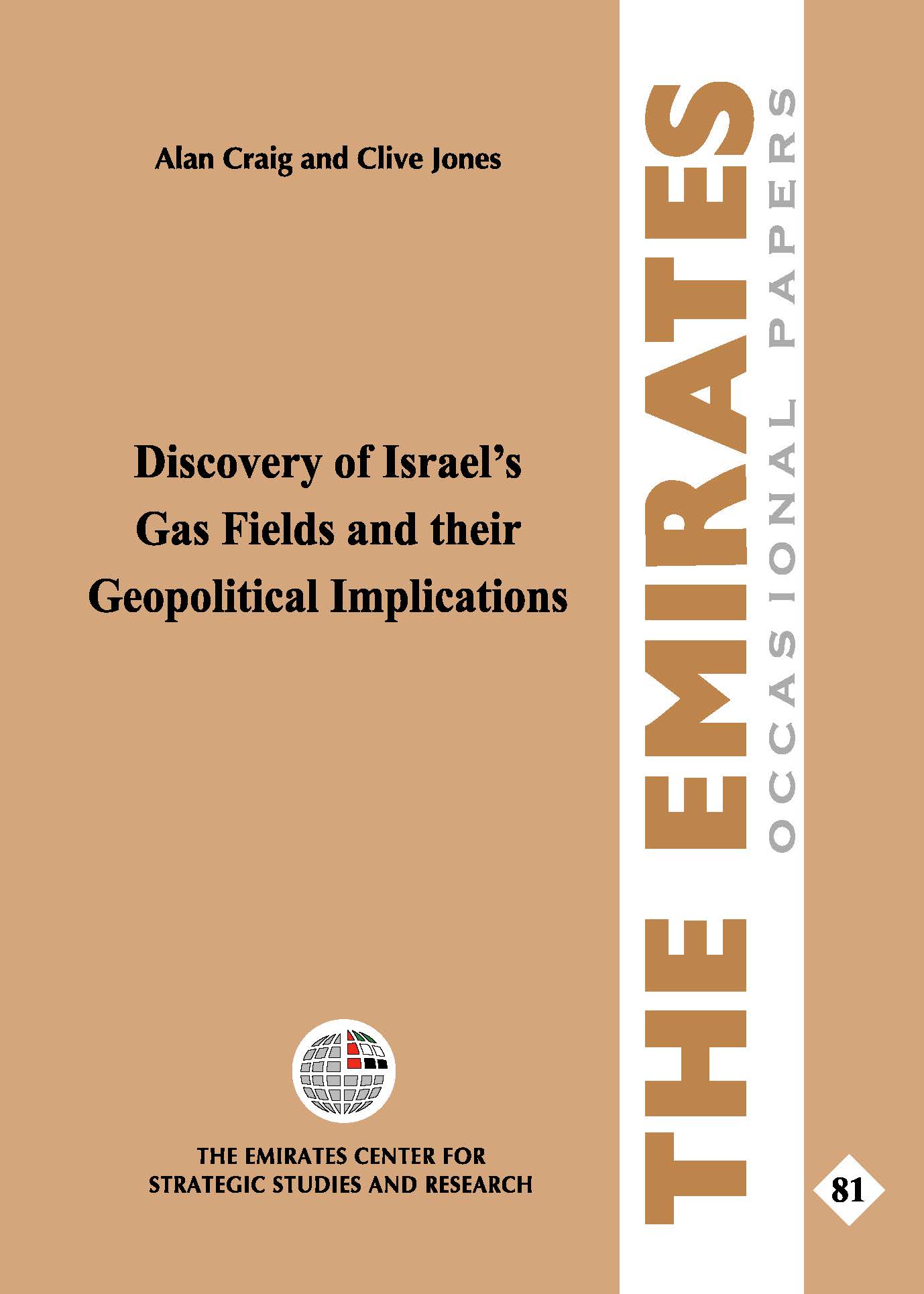 Discovery of Israel's Gas Fields and their Geopolitical Implications

Lying some 150 kilometers from Israel’s northern shoreline, these fields combined are believed to hold gas reserves of 25 trillion cubic feet (tcf) of gas. Together with smaller finds, it is estimated that Israel will have enough gas to meet total gas domestic needs for power generation over the next three decades and still accrue at least $140 billion in export earnings from the surplus produced.

For a nation that for so long endured a total Arab oil embargo – as well as a secondary boycott from multi-national energy corporations unwilling to invest in exploration of Israel’s coastal waters, lest it damage investment and contracts in oil-producing states across the Middle East – these finds, according to the Financial Times mean that “Israel today stands on the cusp of an economic revolution, fuelled by the vast riches below its waters.”

However, aside from this prospective boon to the Israeli economy, this gas bonanza would also appear to be timely. In the light of the Arab Spring and the emerging security vacuum in the Sinai, Egyptian gas sales to Israel – fixed at a subsidized rate by an agreement reached with the previous Mubarak regime in 2005 – have now been terminated following a dozen sabotage attacks on the pipeline in the northern Sinai over a period of 18 months.

Such attacks are seen in Israel as a true measure of wider anti-Israel sentiment across Egyptian society, not least because the deal was negotiated by the Mubarak regime at a time when gas shortages continued to blight day-to-day life across Egypt. Until supplies from the recent gas fields can be realized in the Israeli market, the cost of energy for Israelis has continued to rise exponentially as power stations have been forced to revert to imported fuel oil, heavy oil and diesel to meet immediate shortfalls.

Other distant problems – some geopolitical, others internal – threaten to cloud the otherwise bright energy horizon. Given the location of the Leviathan field in particular, Lebanon has raised objections, arguing its riches fall partially within its own declared Exclusive Economic Zone (EEZ) of the eastern Mediterranean.