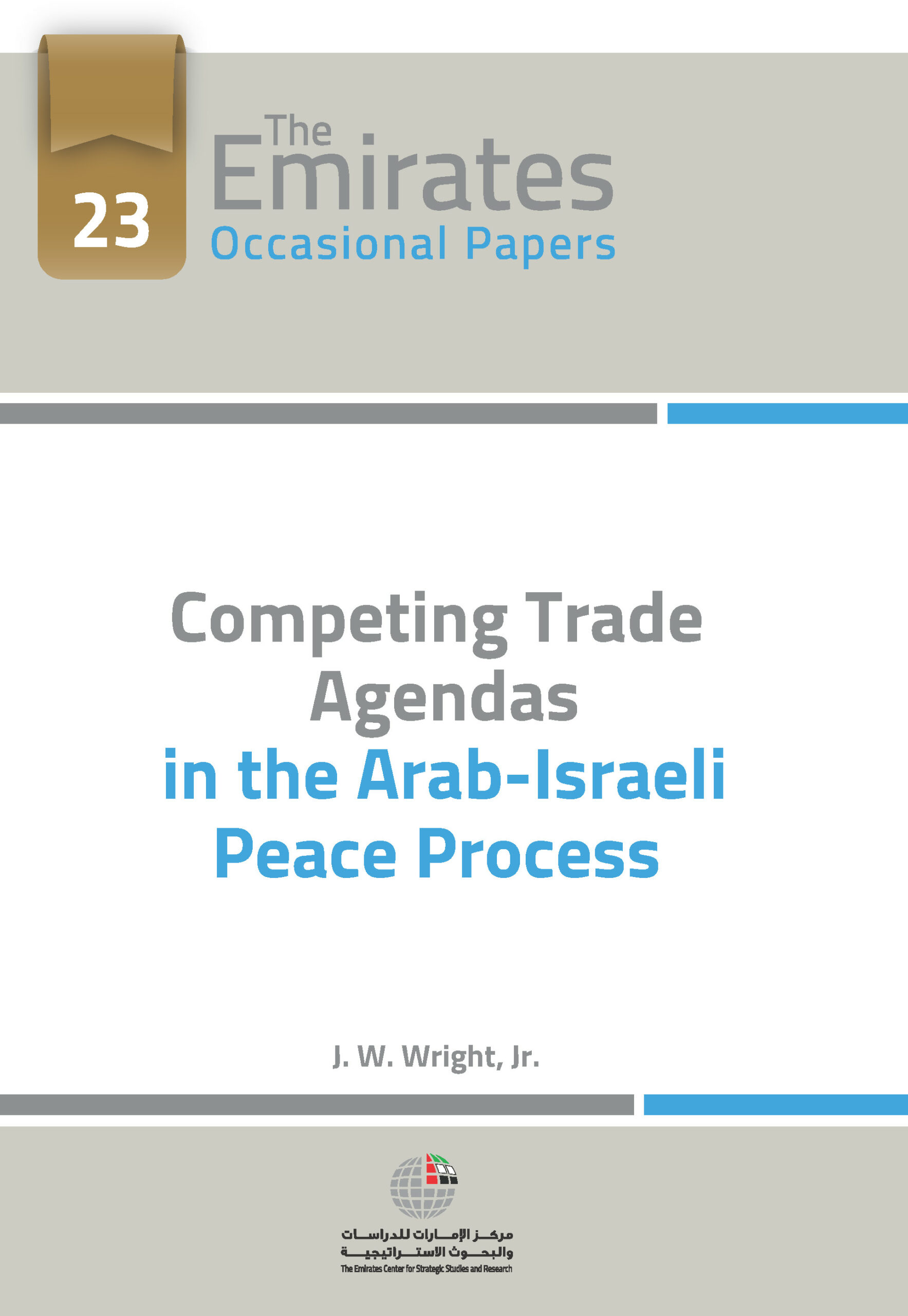 Most analyses of the Arab-Israeli peace process and the negotiations that surround it have been political. Given that the most public players in the process have been politicians and that the most active writers on the subject are political scientists, this is not surprising. This analysis challenges the notion that politicians drive the negotiations. Using theoretical underpinnings drawn from work written by a diverse group of economists, this paper investigates the roles that competing trade agendas have in the Arab-Israeli peace process.

Moreover, it endeavors to paint a portrait of a process that is directed by people who control distributive policies and who regulate the influence of money in both economics and politics. Such a view identifies the financial and fiscal interests of individuals, corporations, politicians and political parties as the driving forces behind the Arab-Israeli negotiations, as opposed to identifying leaders with real ambitions for building sustainable peace in the region. It further asserts that Israel's core conglomerates and their powerful American and European partners are skeptical of the gains to be made from retooling their war-oriented systems into production structures which can effectively compete in a peacetime economy.