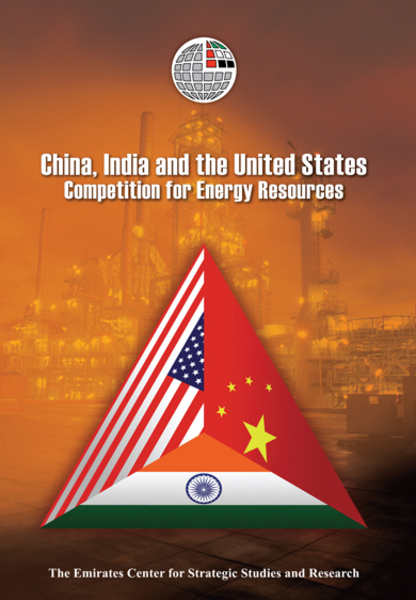 China, India and the United States: Competition for Energy Resources

Global energy needs are rising inexorably despite soaring prices while petroleum production is struggling to keep pace, as many existing oilfields go into decline and new reserves become rarer and increasingly difficult to exploit. In this tightening supply situation, the world is witnessing a triangular race between United States, China and India to secure their future energy supplies. The United States, already the world’s largest energy consumer and oil importer may be overtaken by China in the coming decades as the latter aggressively seeks new supplies to fuel its phenomenal growth. India, with its burgeoning population is also poised for dramatic economic development and remains heavily dependent on energy imports to bridge the widening gap between modest domestic production and surging demand. Even as the global economic gravity shifts towards Asia, much of the continent’s oil imports will continue to be sourced from the Arabian Gulf, binding major Asian powers ever closer to the region.

What are the international implications of this triangular race for energy supplies? Will it lead to strategic cooperation, competition or even conflict between the three countries? How will oil geopolitics and energy security considerations shape the foreign policies of China and India and the United States? How can the Gulf countries meet and capitalize on the energy needs of these three global players? What strategic partnerships will emerge as the Gulf countries perform a delicate balancing act in this critical supply scenario? These and related issues were discussed by energy experts who assembled at the ECSSR Twelfth Annual Energy Conference on China, India and the United States: Competition for Energy Resources held from November 19–21, 2006 in Abu Dhabi. This volume of compiled conference presentations offers global, regional and country-wise perspectives on the international race for energy resources and its wider economic and political ramifications.