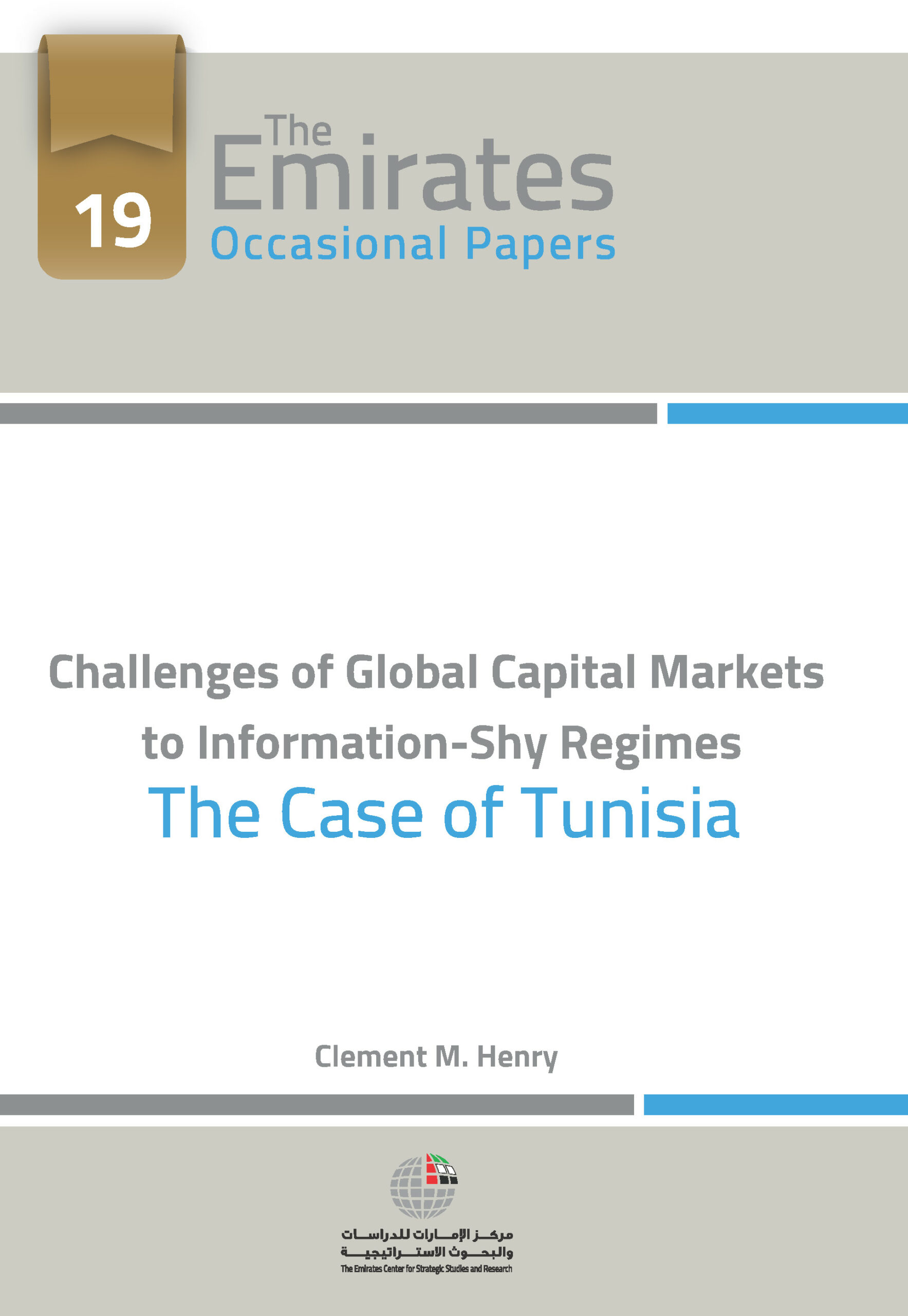 Challenges of Global Capital Markets to Information-Shy Regimes: The Case of Tunisia

The evolution of the global economy since the end of the Cold War poses special challenges to the Middle East and North Africa (MENA). Official development assistance has diminished, whereas private capital flows to developing countries have dramatically increased. Little of the new private capital goes to MENA. The region received only US $6.9 billion in 1996, barely more than its quota of official development assistance. Most of the MENA countries are now in need of infusions of external private capital yet seem to be at a major disadvantage in competition with other regions, notably East Asia, Europe, Central Asia and Latin America.

Many reasons can be given for MENA's economic plight. Arguably, the region tends now to be at a disadvantage precisely because of its earlier affluence, relative to other regions of the developing world. However, other factors may also be at work. In this paper, political factors will be examined, using Tunisia as the case study. The paper suggests that political structures may be inhibiting economic growth and reform by constraining information flows and thereby deterring private investment. This paper attempts to specify relationships between flows of information and investment flows. Other facts may also inhibit investment flows, but the free flow of information is becoming a requisite in the globalizing economy for certain forms of foreign and local investment.